Tourist says new album was made with just “a laptop, a phone, an OP-1 and a UA Apollo Twin”

For his album Inside Out, the producer planned to use high-end analogue gear but found freedom in a limited setup during lockdown 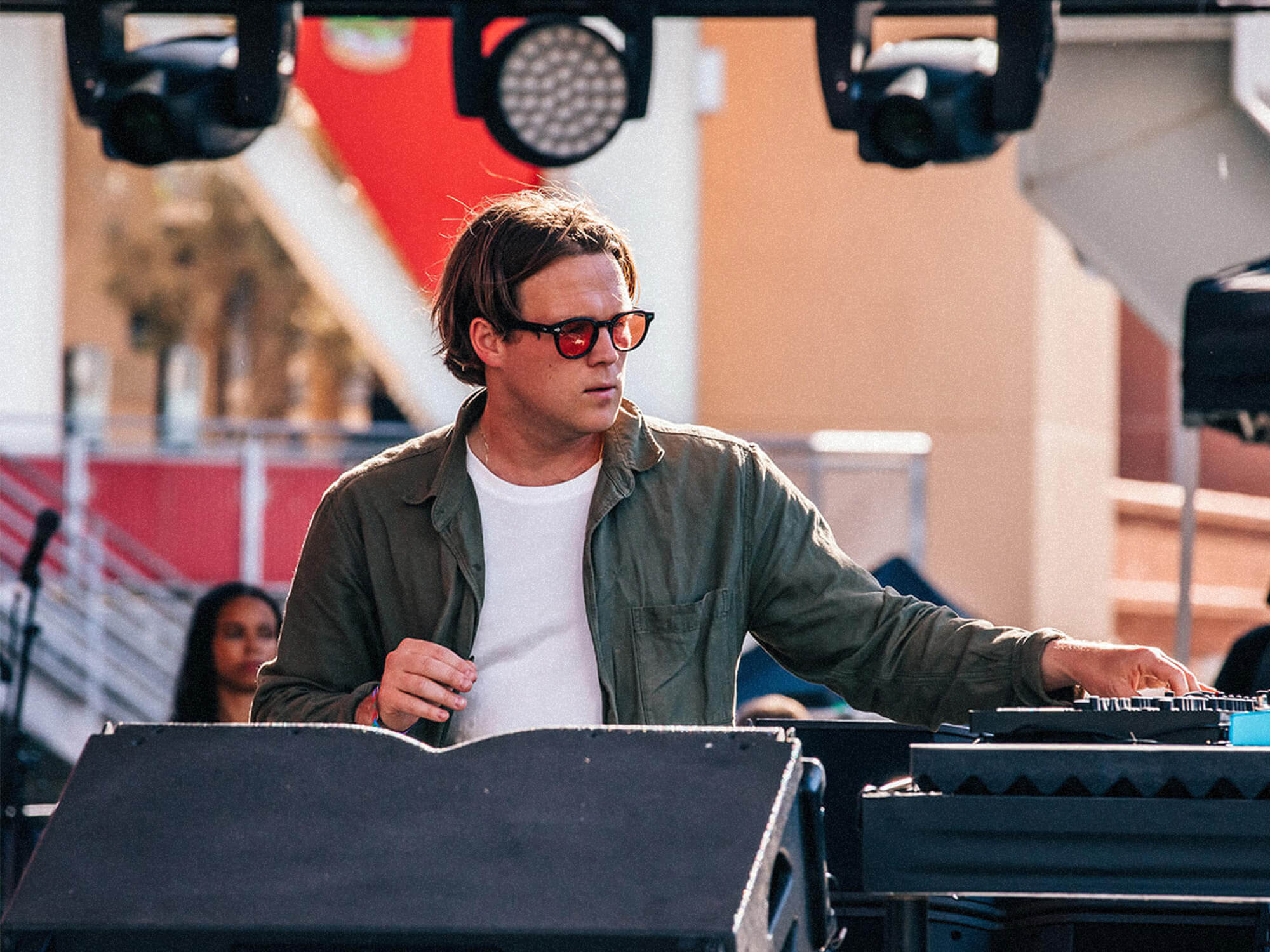 Tourist has revealed that he made his new album Inside Out with just “a laptop, a phone, an OP-1 and a UA Apollo Twin”.

The relatively limited setup – especially for an artist of Tourist’s calibre – was used after the British producer and songwriter, real name William Phillips, initially sought to use his studio’s high-end analogue gear, but found himself unexpectedly working at home during the lockdown.

Phillips tells MusicTech that this basic, lockdown-induced setup, compared to his studio’s Moog Minimoog Model D and Roland Juno-106 format, lead him to further lean into the world of dance music. He soon came to the conclusion that effective songwriting can still come out of such scenarios.

The setup also forced Phillips to start sampling more in an effort to find melodic material, which he would have usually found in his Model D and Juno-106. He also explains how he started seeing the process of flipping a sample into something unique and Tourist-esque as “like a challenge”.

“I used AI software to extract vocals from original tracks,” Phillips explains in the interview, “which is something that I could only dream of when I was a young boy”. He also mentions the “mind-blowing” possibilities in sampling, dubbing it “the biggest advancement in music technology since the early 80s”.

In the conversation, he described the “liberating” process behind Inside Out: “I learned huge lessons just by being so limited. It made me realise that you need a lot less than you think to write music”.

In the interview, he goes on to reveal how the aim of the album – his first in three years – was to make something “celebratory” after becoming a father amid the lockdown.

Teenage Engineering has recently announced the release of its follow up to the aforementioned original OP-1 synthesizer, the OP-1 field. Described as “louder, thinner and 100 times better”, the portable synthesizer, sampler and controller boasts a new colour scheme, improved reverb, new built-in microphone and better circuitry.

You can check out the full interview with Tourist here.