The director also employed a technology called “demixing” to bring the band’s rehearsal sessions to life for the film. 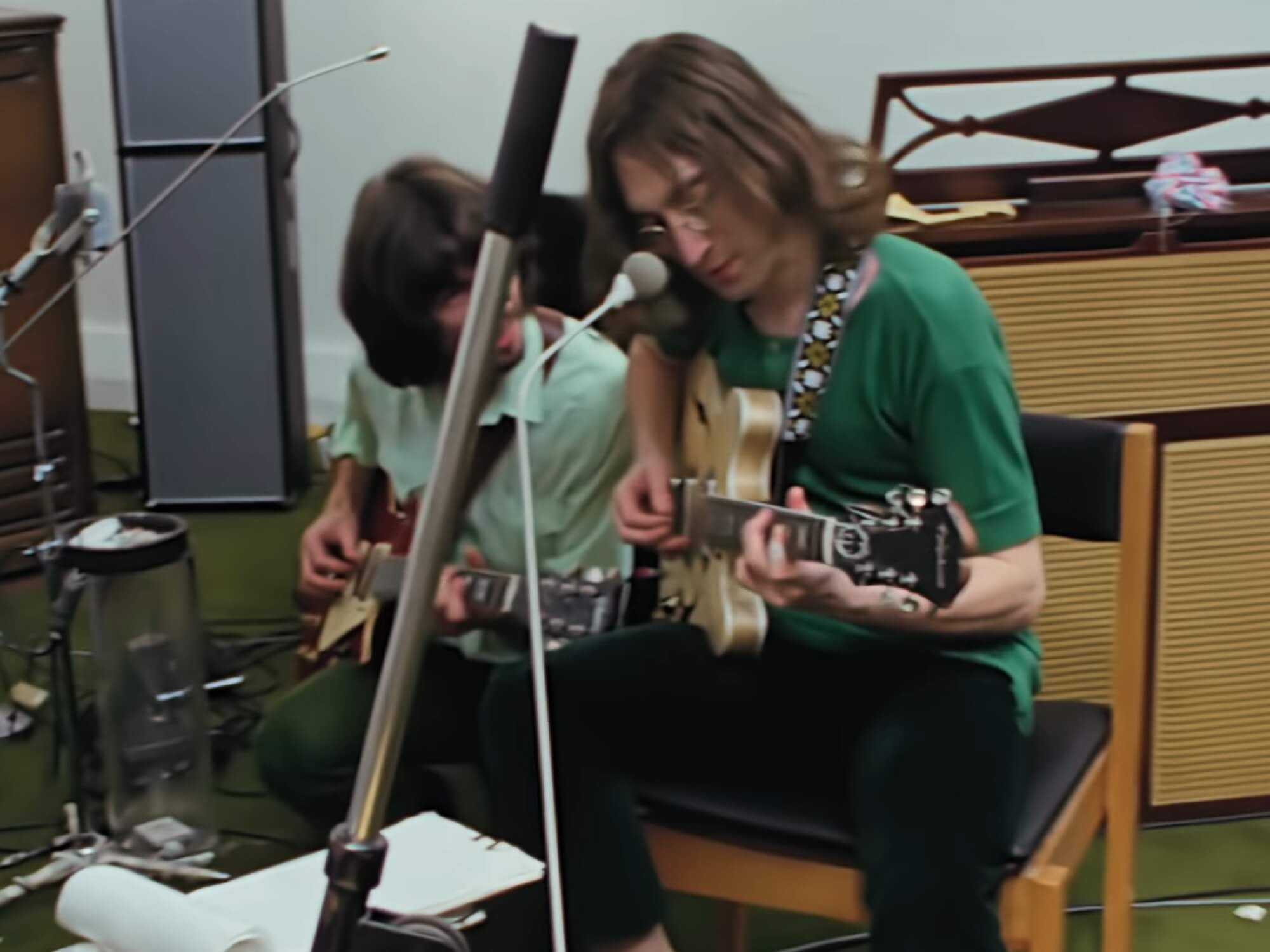 Private conversations between the Beatles play a big role in Peter Jackson’s Get Back, a documentary which explores the relationship between the musicians as their final studio effort, Let It Be, came together in 1970. The unearthing of hidden dialogue, from a bank of old recordings, was aided by the use of AI technology in a process Jackson and his team dubbed “demixing”.

Get Back uses footage shot by director Michael Lindsay-Hogg for his Let It Be documentary – a trove of 150 hours which Jackson sifted through. During the process, Jackson realised that The Beatles were purposefully obstructing the microphones from picking up some conversations, telling Guitar.com “We came to realise when we were watching it that John and George, in particular, were very aware that their private conversations were being taped the whole time.”

Instead of letting Lindsay-Hogg know when to allow them privacy, the band turned the filming of the documentary into a “running battle” with the director, using their instruments to obfuscate conversations. Jackson explains, “So what John and George used to do is, if they were in a conversation, they would turn their amps up loud and they’d strum the guitar. They’d just be strumming, not playing anything, no tune, just [makes a guitar sound]. So, all Michael’s microphones were recording was this loud guitar, but you’d see the Beatles talking, having some private chat.

Jackson also revealed that the audio from the band’s infamous Twickenham Studios rehearsals for the album was also cleaned up for the documentary using AI to isolate instruments and vocals. “At Twickenham, they’re rehearsing and so they’re not recording on eight-track, it’s just mono,” Jackson explains.

Jackson then extracted tracks for the instruments and vocals separately using the demixing process, which has allowed the Twickenham Studio sessions to be captured as the crew heard it at the time of recording.

The Beatles: Get Back, which releases in three-parts, premieres on Disney+ this 25, 26 and 27 November.