One man’s best bedroom raver is another man’s worst neighbour. 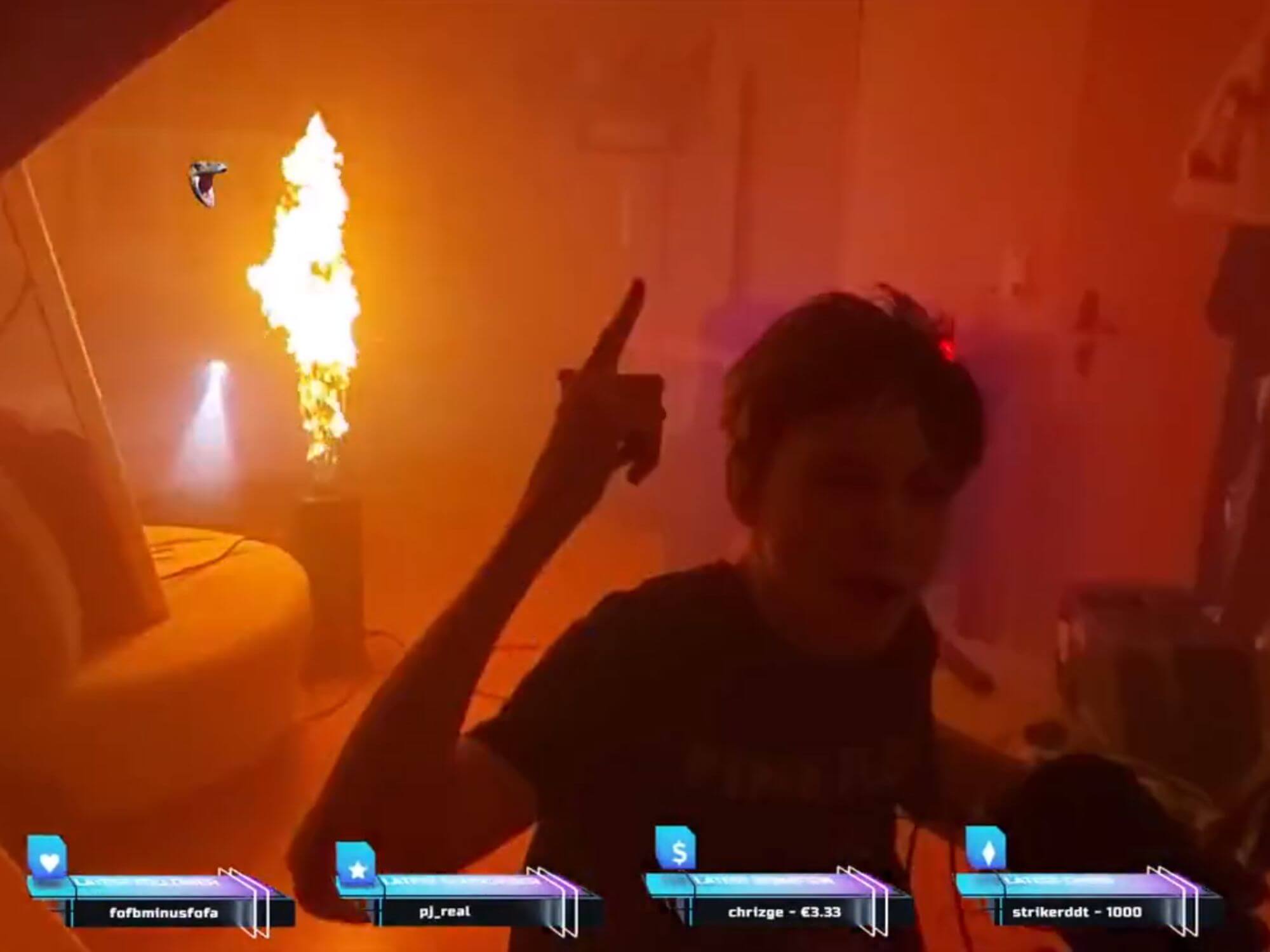 A 15-year-old twitch streamer named Crossmauz has gone viral after a video of one his chaotic bedroom raves — complete with pyrotechnics, lasers, and smoke machines — was shared on social media.

The clip was shared by Twitter user PJ, who apparently visited Crossmauz’s Twitch channel after he got ‘killed’ by the streamer in Call of Duty: Modern Warfare 2.

The tweet has since received hundreds of thousands of likes and retweets, while the video has gotten over 15 million views.

just got killed by this kid on steam mw2 with twitch in his name and this is what i see pic.twitter.com/yjYYOkj0Hy

Crossmauz’s raves look to be hosted from the comfort of his bedroom, which is impressively and somewhat worryingly equipped with professional-looking lasers, strobe lights, smoke machines, and even pyrotechnics.

In the video, the German teen could be seen bouncing along and banging his head to hardstyle, at a volume that certainly makes one feel for his neighbours.

Scrolling through the replies, it seems like intense raves like this one are a regular occurrence for Crossmauz. Indeed, a visit to the raver’s Twitch channel confirms that his past live streams all harness the same wild energy.

Some of Crossmauz’s streams also come with a pulse reader that tracks his heartbeat live throughout the sets. One of the sets even saw his pulse skyrocketing to an incredible 170. Most of Crossmauz’s recent streams have lasted between two to three hours despite the high intensity, which is definitely proof of potential main stage material in the making.

Many twitter users who saw the viral clip couldn’t help but marvel at the infectious flailing of the young streamer. Some have shared kind words for Crossmauz and his newfound fame, though a handful saw the chaotic raves and dangerous equipment and wondered what his parents made of them.

“This kid is living his best life. We should all learn to love life and appreciate the little things like this kid, for real,” said one user.