The rock ‘n’ roll pioneer will go on ‘tour’ with Roy Orbison this autumn. 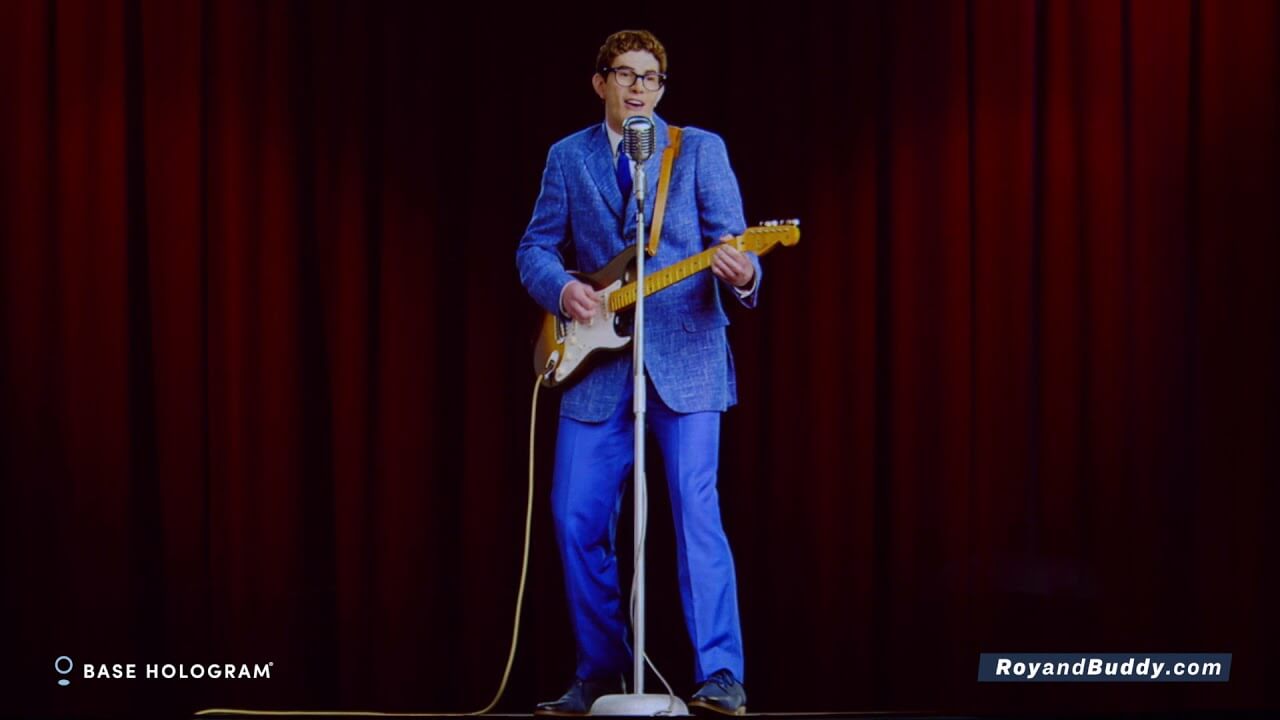 After a successful run with 2018’s Roy Orbison hologram shows, Base Hologram announced in March that its cutting-edge project would continue with Roy Orbison and Buddy Holly: The Rock’n’Roll Dreams tour. The company has now given us a first look at Holly-gram and shared details about the upcoming autumn concerts.

According to the company, Holly-gram is based on the Buddy Holly of 1957, the year in which he released two of his biggest hits: That’ll Be the Day and Peggy Sue.

In describing what audiences can expect from Holly-gram, Base Hologram said: “What people may not have realised is most of the colour shots of him had been retouched over the years and the video is in grainy black and white. What you are going to see here is true Buddy at his finest and exactly how he would have looked if you saw him on tour.”

The holograms of Holly and Orbison will, of course, not be performing on their own. With the aim of creating an authentic musical experience, Base Hologram will pair the hologram duo with a live band, backup singers, dancers, special cinematic effects and remastered audio.

As mentioned earlier, Roy Orbison and Buddy Holly: The Rock’n’Roll Dreams tour arrives this autumn. The trek is divided into two tour legs: North America followed by the UK and Europe.

Watch a snippet of Holly-gram in the video above. For the full set of tour dates, head over to basehologram.com.