The Tenth Anniversary Issue – Out Thursday! 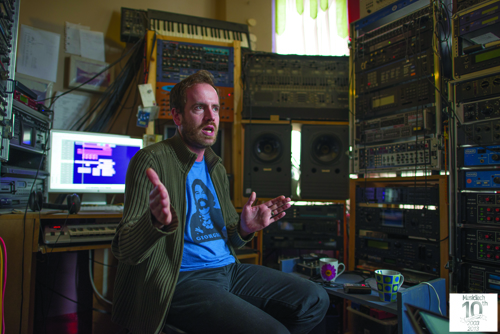 Music Tech’s 10th Anniversary issue was always going to be a bit special, but the fact that we have ensnared one of our favourite artists Ulrich Schnauss to be the issue’s star interviewee is even more special. And the fact that he ever-so-slightly surprised us with his studio is the understatement of the year…

We’d always considered Schnauss to be one of the leaders of the laptronica scene that exploded across Europe (mostly from Berlin) across the early noughties. When we entered his studio, we saw the laptop, yes, but were completely blown away by the museum of music technology surrounding it.

“It was a bit of a myth that we all just used laptops back then.” Schnauss laughs, “a lot of us used hardware like this…”

And what hardware it is. You can see it in all its glory in Music Tech: The Tenth Anniversary issue, on sale from Thursday March 21st from all good newsagents.