Six Grammys, three BRITs and an Oscar. Can the super-producer repeat the magic with his own music? 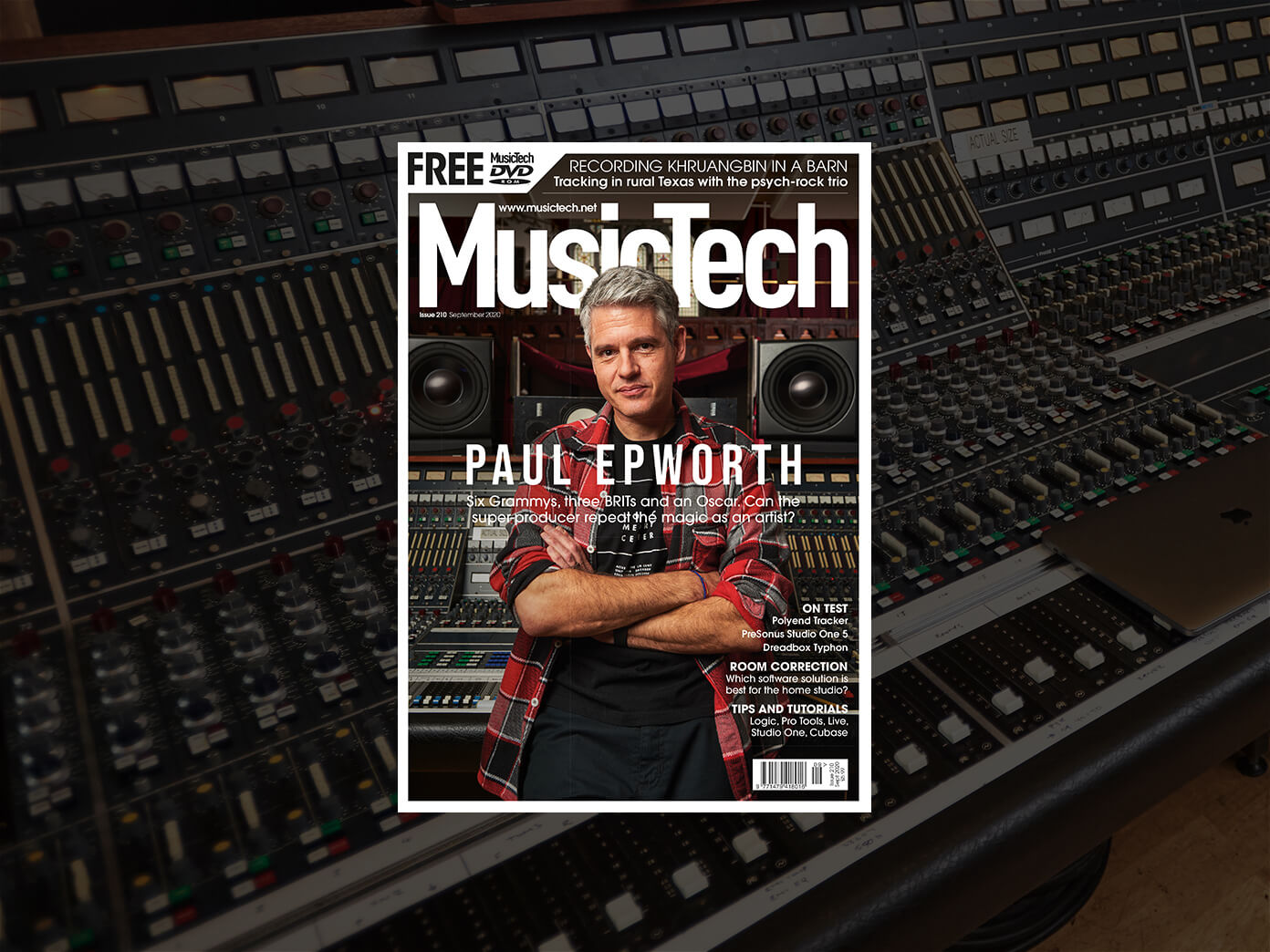 It’s quite common for musicians to re-establish themselves as producers, after years of on-the-road toil and disputes over royalties (ok, we’re generalising a little here) it’s unsurprising that many seek a life of relative stability behind the desk. But to make the opposite career switch is not something we encounter very often.

However, if there’s one man who can successfully make that transition from producer-to-artist, it’s the internationally renowned Paul Epworth; the Grammy-winning mastermind behind the key works of Adele, Coldplay, Bloc Party, Florence and the Machine and mountains more. In our brand new interview, Paul explains why now is the perfect time for him to embark on a solo foray into uncharted regions, and also how he is able to juggle that with being one of the world’s most celebrated and in-demand producers.

Also this issue, we bring together a range of room correction software to run a group test, with the intention of learning just how much of an improvement they can actually make for your equipment and space. The results were… well, you can find out for yourself in our guide.

Also this issue we speak to Cardiff-based rock recordist Romesh Dodangoda, while Texas-trio Khruangbin guide us through their rural recording process, and Harlem Shake architect Baauer give us a guided tour of his production HQ.

Elsewhere we have our usual range of tutorials and guides. Lined up for the test bench we’ve got a deluge of instruments, software and tech from the likes of Polyend, PreSonus, Native Instruments and Kali Audio. We hope you enjoy this jam-packed issue.