MusicTech 195: Composing for a virtual world

We delve into a futuristic world of revolutionary VR tech for performance and recording. 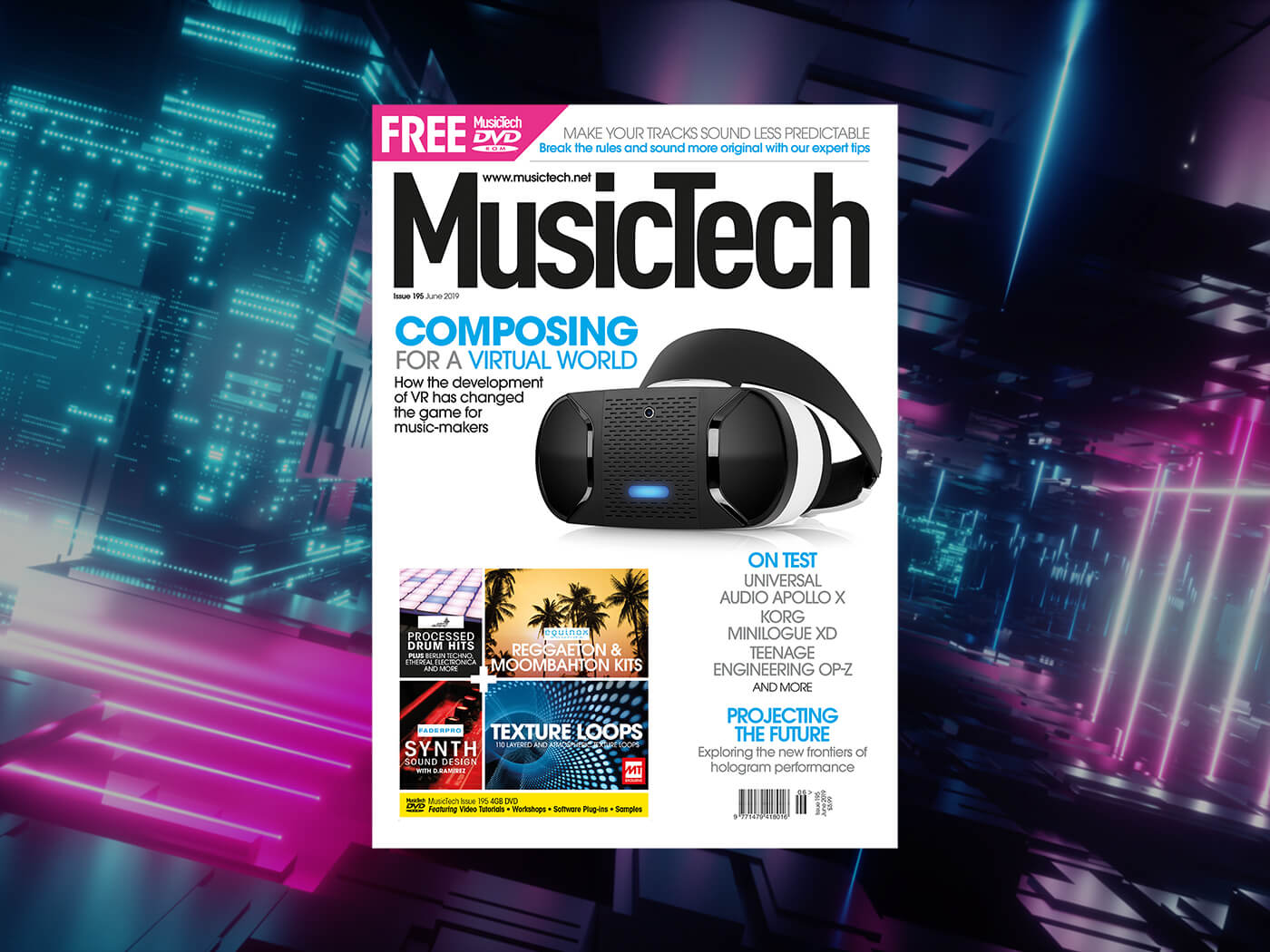 Last issue, we looked at the music-making practices and beloved sounds of the past.
This time, we look ahead, and analyse two massively exciting innovations that are already fundamentally affecting the music-making and listening worlds.

In our cover feature this month, Adam Crute explores the history, science and music-production implications of virtual reality. VR headsets are becoming increasingly popular and with a wide range of music-themed VR applications available to buy or in development, we ask whether making music in virtual space will rival the traditional DAW-based method, and how composing with virtual reality in mind requires a whole new approach to mixing.

Elsewhere, Jim Ottewill explores the astounding new realm of hologram performance, speaking to those companies that have utilised modern optics technology to, in a sense, resurrect deceased musicians and send them back out to the live arena. We discuss the technology behind – as well as the ethical implications of – holograms.

Also, in this issue, we speak to the legendary Howard Jones, LA’s genre-defying Battle Tapes as well as video-game sound designer Matt Boch, who explains how, when working on the recent game Ape Out, he approached soundtracking in an incredibly unique way. We review the latest tech from Universal Audio, Elektron, EastWest and Korg and also bring you a buyer’s guide to turntables, should you want to try your hand at a spot of DJ’ing. I hope you enjoy the issue.