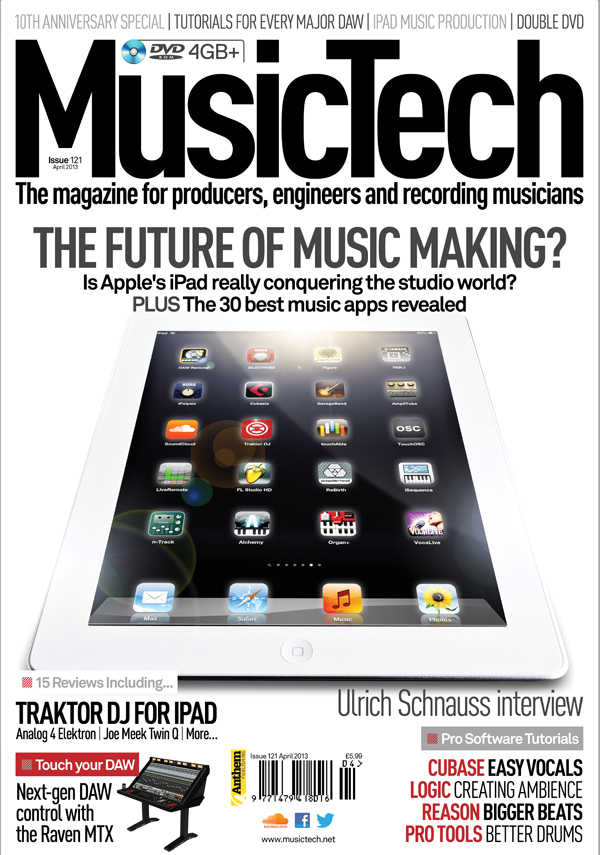 MusicTech: the Tenth Anniversary issue. A double DVD and a double stab at predicting the future of music production…

Predicting the future is a dangerous game but in MusicTech: The Tenth Anniversary edition, we’ve only gone and done it twice. Predicting that the iPad will become a studio staple is pretty much a safe bet. As we were writing the feature a couple of stunning apps were released to confirm what many in music have been thinking for a while: jump on that Apple Bandwagon! Watch it roll, and then some, with our huge feature in MusicTech, on sale now.

Our second glimpse at music production’s future is a little lower profile but just as likely to take hold. Slate Digital’s Raven NTX controller is the touch-screen DAW controller that we’ve all been hankering after since we were first bitten by the bug of touch control on an iPod. It’s big, very big. It’s multi-touch and, possibly most importantly, does make you feel like you are making music in the future. We have an exclusive first look and chat with its developer.

You can check both futures out in MusicTech: The Tenth Anniversary issue, on sale now from all good newsagents.