Korg Gadget Is Coming To The Nintendo Switch

Nintendo Switch users will soon be able to create music on the move after it was announced that Korg Gadget is coming to the system in Spring 2018… やばい…やばい…… pic.twitter.com/qPcJWwZnep — 恵比寿 (@Yebisu303) October 29, 2017 The announcement was made at Japan’s m3 event, with software developers Detune at the helm, condensing the DAW and […] 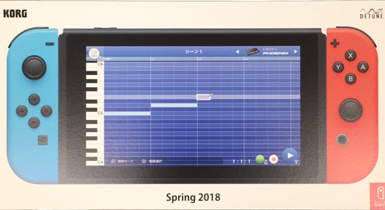 The announcement was made at Japan’s m3 event, with software developers Detune at the helm, condensing the DAW and its 30-something gadgets into the Switch edition. Other than the release date of Spring 2018 there are no further details following the announcement.

It’s not the first time that Korg’s synths have been ported to Nintendo systems. The DS-10, M01D and DSN-12 have all appeared on Nintendo’s DS platform, with Detune developing the latter two. With Christmas right around the corner, there’s never been a better time to add a Switch to your wish list.

Stay up to date on Detune’s progress at their website here.