The team describes the project as a “microscope for sound”. 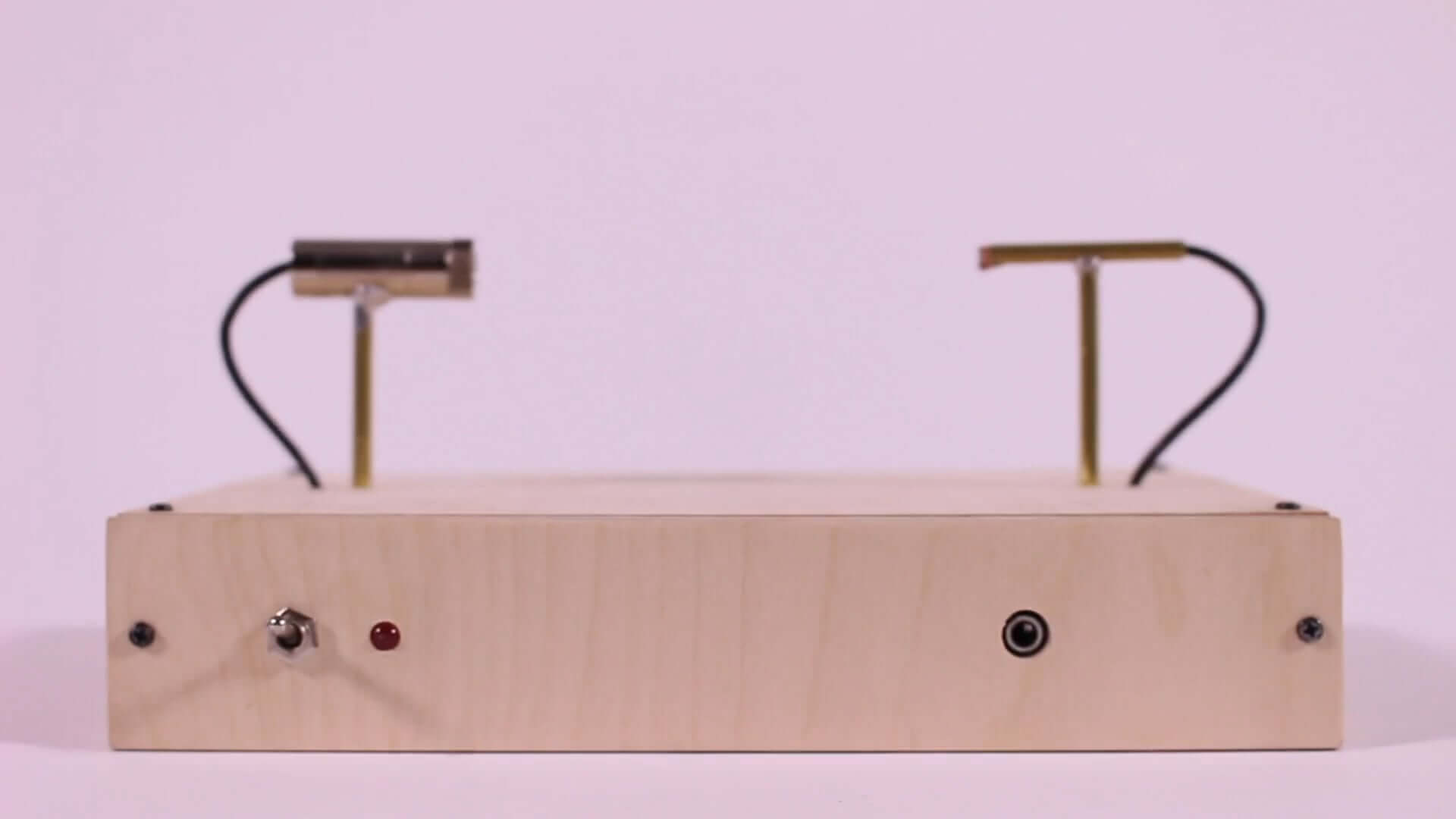 The concept of laser microphones is mostly connotated with surveillance and spying, but as is usually the case, a team of artists have turned the concept into a creative exploration. London-based Kai Lab has developed its Laser Microphone as a device to listen into the thousands of sounds that surround us at every moment, but are too quiet for our ears to hear. Bubbles in water, the movement of an insect wings, the friction of leaves – a myriad of objects oscillate with undetectable amplitudes, creating symphonies that we are ignorantly deaf to.

In our ‘normal-sized’ world, we hear sounds when an object’s physical size is large enough to create a vibration with an amplitude detectable by our human ears. However, even when our ears are unable to detect the amplitude of a vibrating object, a frequency is still present – this is where the Laser Microphone comes in. The microphone can still ‘see’ the tiny vibrations of these smaller objects, and projects the sound to an audio output for us to hear.

Here’s how it works: the laser, an intense coherent light source, acts as an excitation device to illuminate an acoustic event. Light reflects off the vibrating object and is scattered either onto or away from a sensor. Varying light intensity from the laser is picked up by the sensor and is amplified and filtered. The frequency of the on/off pattern created by blocking the laser from reaching the sensor is converted into an audio signal that is fed into an audio interface.

While not a commercial product, Kai Lab’s Laser Microphone is available for use by other artists, engineers and designers, as are many of its other creations. The team’s three founders have backgrounds in the physical sciences, and place heavy emphasis on Research & Development. Kai Lab has exhibited its work at institutions such as The Saatchi Gallery, Somerset House, and London Science Museum.

See more from Kai Lab on Instagram and at kailaboratory.com