The club’s shirts and training kits will bear the Spotify brand beginning next season. 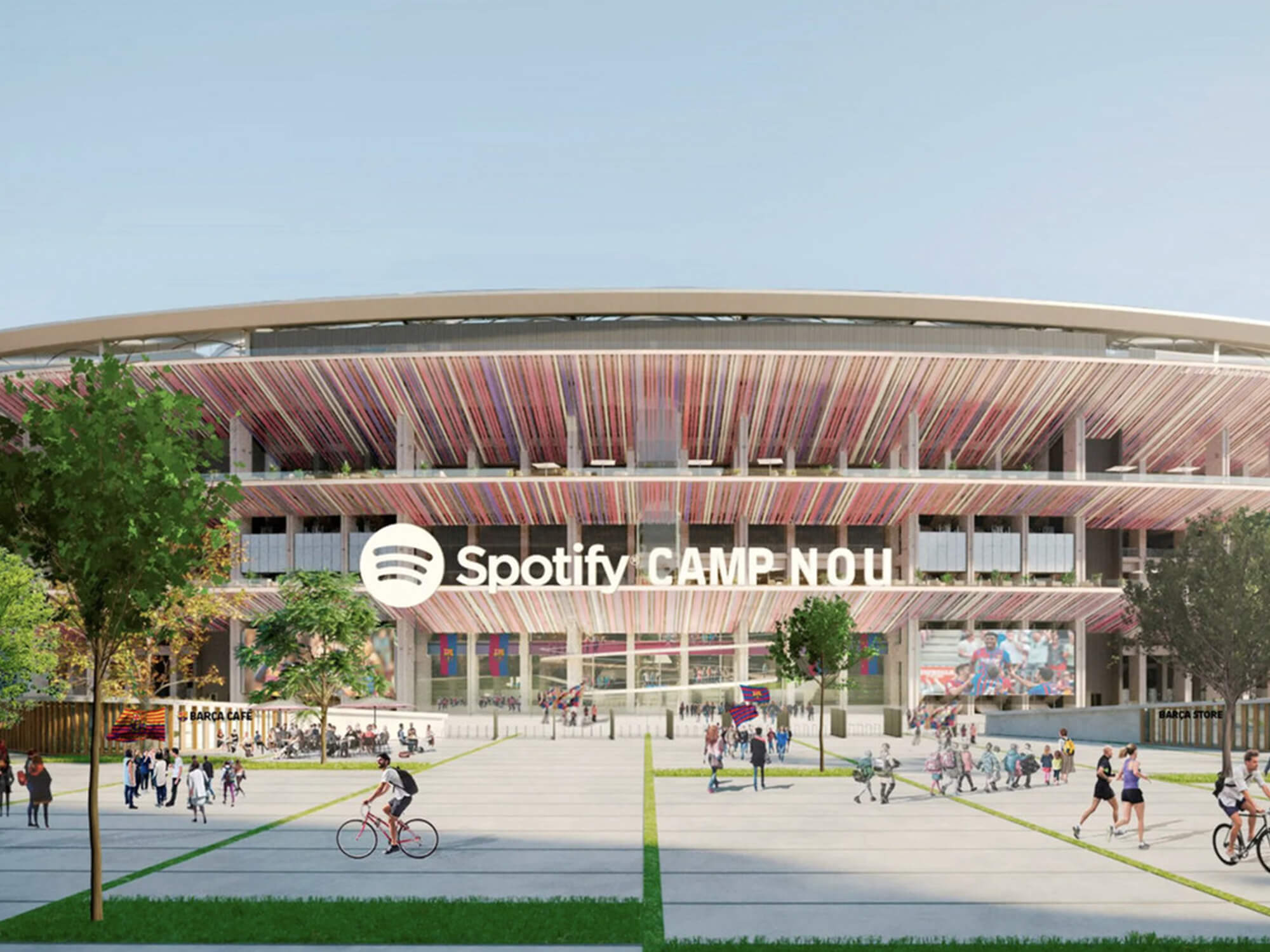 Spotify has signed a long-term sponsorship deal with FC Barcelona, one of the biggest football clubs in the world, that will kick off in July this year.

As part of the deal, the streaming giant will become the main partner and the official audio streaming partner of the Catalan club, which is currently placed third in La Liga, the top tier of Spanish football.

The agreement includes naming rights to Barcelona’s 99,354-capacity stadium – the biggest in Europe – which will be known as Spotify Camp Nou. This is the first time that the club has sold naming rights to its home ground.

Beginning with the 2022/2023 La Liga season, Spotify will be the Barcelona team shirt sponsor for four seasons and the training kit sponsor for three seasons. It is unclear when the title rights to the stadium will end.

Said Alex Norström, Spotify’s Chief Freemium Business Officer, in a statement on FC Barcelona’s website, “We could not be more thrilled to be partnering with [FC Barcelona] to bring the worlds of music and football together.”

Norström added that the partnership aims to form a new platform that will help artists leverage Barcelona’s global community of fans as well as offer “a global stage to Artists, Players and Fans at the newly-branded Spotify Camp Nou”.

“We have always used our marketing investment to amplify Artists and this partnership will take this approach to a new scale,” Norström said about the deal. “We’re excited to create new opportunities to connect with FC Barcelona’s worldwide fanbase.”

Spotify and FC Barcelona plan to use the club’s in-stadium promotional surfaces to “present and amplify the work of artists to the Blaugrana’s global TV audience”.