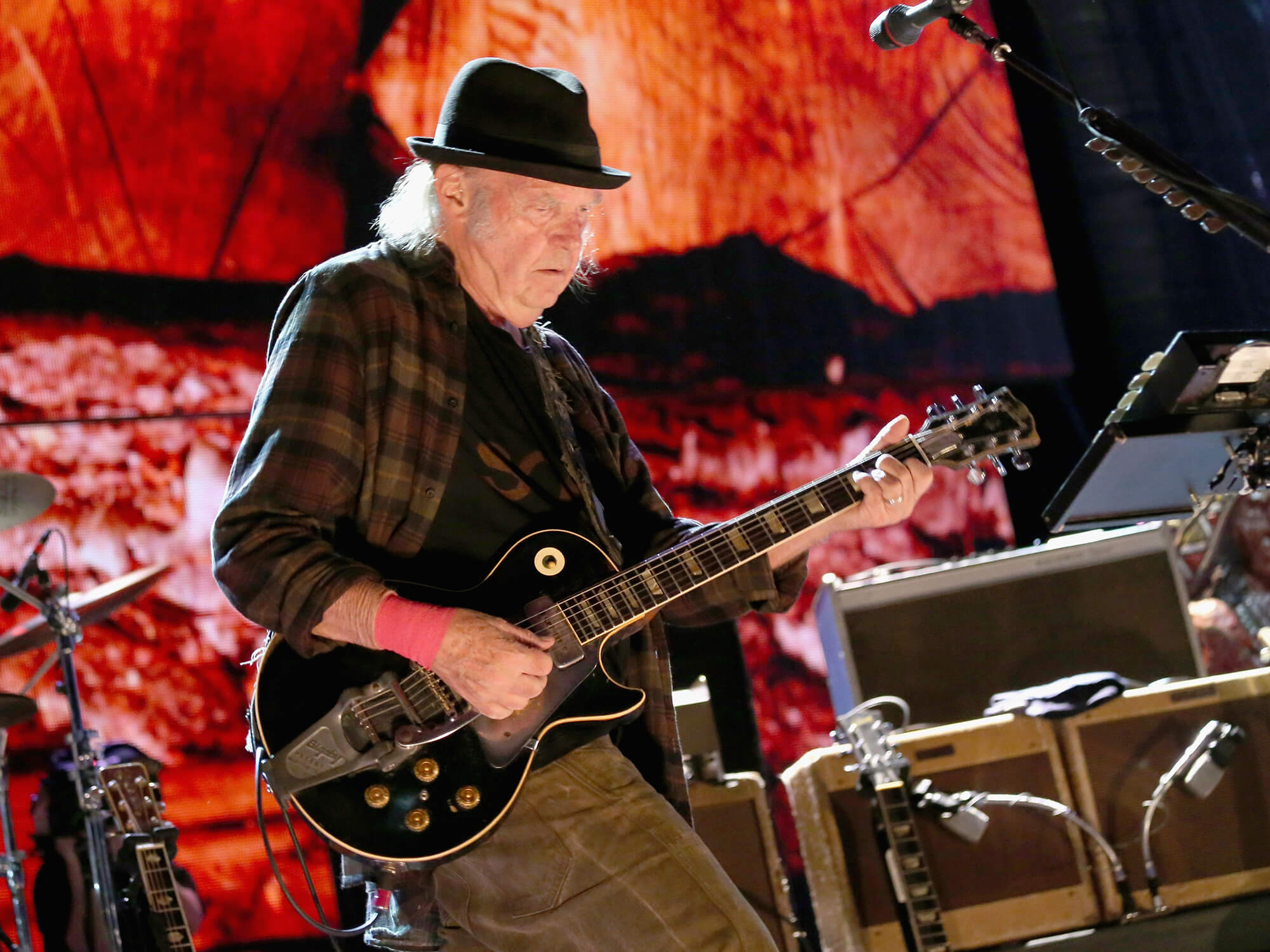 Why aren’t more younger artists removing their music from Spotify?

Spotify, Neil Young, and the economic realities of musical activism.

2022 is not exactly off to a promising start for Spotify. On 24 January, rock’s grizzled grandfather, Neil Young, posted an open letter demanding the company make a choice between his music and the world’s most popular podcast, The Joe Rogan Experience.

The streaming giant swiftly came down on Rogan’s side, removed Young’s tracks, and tried to shrug the whole thing off by publicising its rather vague content policy. But the stone that Young kicked over has kept on rolling and Spotify is now facing an avalanche of bad press. Fellow icons of the 60s and 70s music scene, a smattering of younger artists, and a number of Spotify’s other exclusive podcasters, have stood in solidarity with Young. The chief of the World Health Organisation voiced support, and even the White House took the opportunity to weigh in.

The criticism of Rogan has also expanded to include his historic use of racially insensitive language, prompting the company to surreptitiously remove 70 episodes of The JRE podcast. Finally, the intense scrutiny of the platform has reignited long-smouldering discontent regarding Spotify’s business model and how it pays artists.

So why has Young’s boycott gathered such attention, where others produced only short-lived headlines? One reason is that vaccine misinformation is very much on the public mind at the moment, but another factor is the outsized influence that older artists have on the music business as a whole.

The market share of new music is shrinking while older music has become the primary driver of growth in the industry, accounting for 70 per cent of the US market in 2021. Simply put, the industry has its gaze locked firmly on the rear-view mirror, which is why the back catalogues of artists like Bowie, Dylan, and Springsteen have been sold off for eye-popping figures.

Neil Young isn’t immune to the lure of this gold rush either. He sold off 50 per cent of the rights to his music to publishing house Hipgnosis at the start of 2021. However, his decision to retain half of the musical rights is another factor in all this – Young is able to demand his music be removed, while many artists sign away copyright to their recordings as part of a record deal, meaning they probably couldn’t get their music taken off Spotify even if they wanted to.

And not everyone does want to. Even for artists who agree with Young’s stance and have retained copyright of their recordings, leaving Spotify would be economic insanity. In the ten years leading up to 2020 the company grew from a seven per cent share of the US market to a staggering 83 per cent. On a global scale, the company attracts 32 per cent of all paid streaming subscribers, twice the amount of its nearest competitor Apple Music.

This gets to the heart of why it is generally older, wealthy artists who are leading this protest. Recording artists have always been in a precarious financial position, but after two years of pandemic-induced disruptions to the music industry, streaming revenue is an essential lifeline for many, however meagre.

Neil Young’s former bandmate Graham Nash highlighted the reality faced by young and emerging artists when he signed on to Young’s boycott. He stated that “many younger musicians, and many musicians of all ages, rely on platforms like this to gain exposure to a wider audience and share their music with the world […] not everyone is able to take steps like this”.

As the firestorm around Spotify has spread, a familiar criticism has surfaced: the company devalues the music its business was built on, paying out as little as $0.01 per stream. If you’re wondering why there hasn’t been similar activism and solidarity from big-name artists on this issue of streaming payments, the answer is that it’s complicated.

As contentious as the issue of vaccines has become, in many ways, it is easier to unite around than the thorny problem of streaming payments. For one, different artists get paid at vastly different rates. For the artists that have the largest voice and the most influence, the system is working just fine. By contrast, the artists getting the smallest slice of the pie simply don’t have the influence to grab headlines or the financial wiggle room to rock the boat.

But the problem is greater than that. Even if artists were to take industrial action on a large scale, it’s not at all clear that the economics of streaming would allow for much to change. Music industry veteran and Substack author, Rachel Hurley, recently highlighted the seldom-discussed economic realities of streaming.

While her contention that “‘Paid Musician’ is not a job that society needs” is sure to raise a few hackles, it’s hard to dismiss her larger argument that music as a commodity is bumping up against the age-old problem of supply and demand. The more abundant something is, the harder it is to charge a premium for it. And, as digital music production and reproduction has gained prominence, the historical barriers to becoming a musician have crumbled away and the amount of music being created has exploded.

In Hurley’s view, as the problem worsens, the path forward is for music to be propped up by fandoms and merchandise sales. Or, as she puts it, “the musician is the brand and the music is just one of the products.” The idea that to be a successful musician you also need a degree in small business management might not be popular but a strong case can be made that we’re basically already there.

In many ways, this whole episode is a stark reminder that music is not where Spotify makes its money. In fact, the company regularly posts eye-watering losses. Transitioning to a podcast-centred business model is the obvious path to profitability and Joe Rogan, love him or hate him, is the crown jewel in an emerging empire of exclusive content.

This surely won’t be the last time that Rogan or another podcaster says something controversial, but for now, Spotify CEO Daniel Ek is trying to sidestep responsibility by sticking to the line that they are merely a platform and don’t have any role in vetting content prior to release. However, unlike Twitter and Facebook, this is not a matter of user uploaded content. Spotify reportedly paid 100 million for the exclusive rights to The Joe Rogan Experience, for all intents and purposes they own the show and publish it.

As the company moves further away from its original role of neutral music platform and towards the production and publication of content, artists will increasingly be faced with a choice: contribute to a platform that promotes viewpoints that may be antithetical to their own or lose a primary income stream.