The band have reportedly pledged to donate their streaming revenue to COVID-19 charities for at least a month. 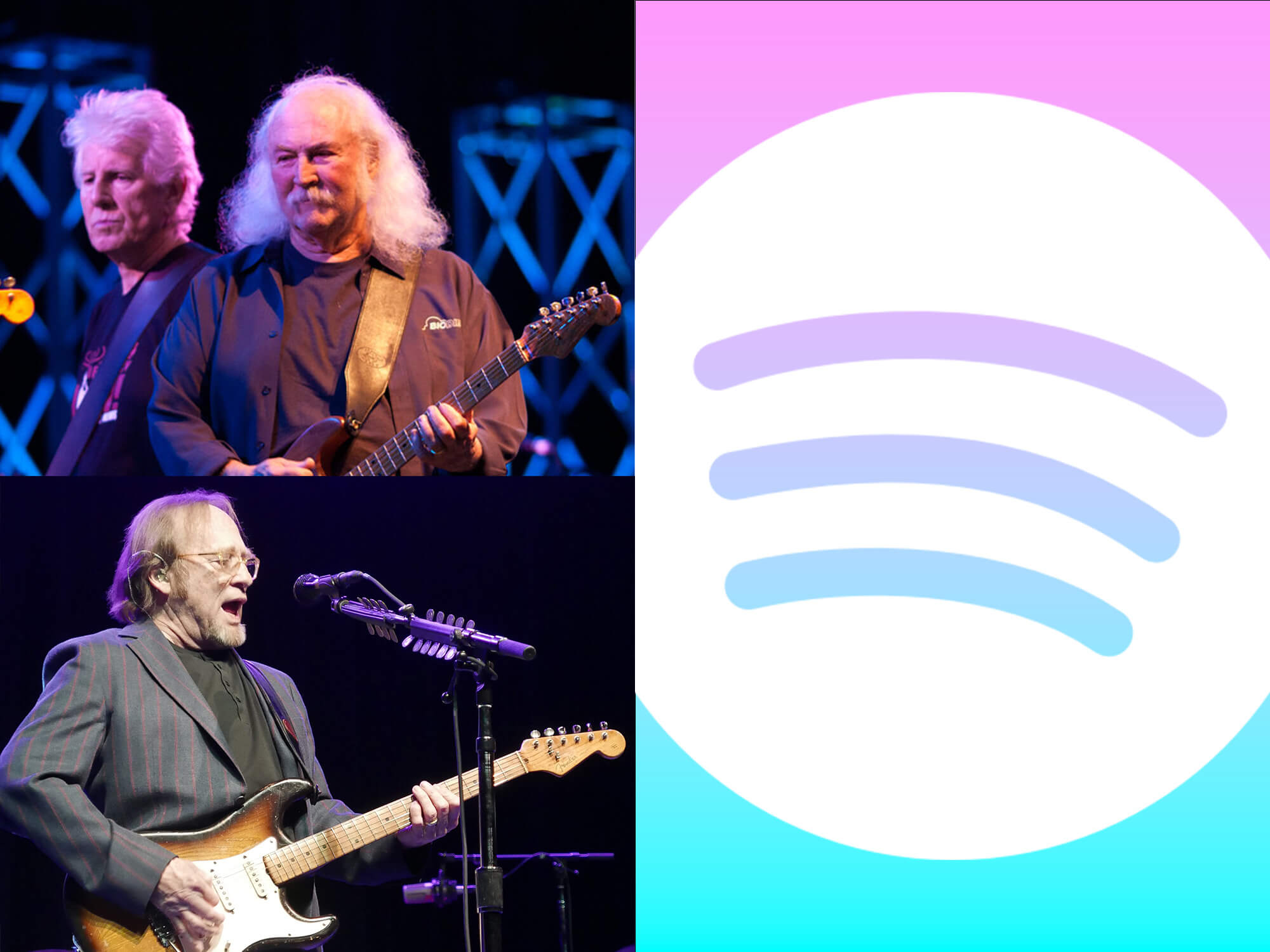 Five months after David Crosby, Graham Nash and Stephen Stills joined ex-band member Neil Young in removing their music from Spotify in protest of vaccine misinformation the musicians have returned to the platform, and the band have pledged to donate their streaming revenue to COVID-19 charities for at least a month, according to Billboard.

The boycott stemmed from accusations that Joe Rogan was spreading vaccine misinformation on his podcast, which was the number one podcast on the streaming platform in 2021. Several other artists also joined the boycott, including Joni Mitchell and India.Arie, as well as many popular podcasters.

In a joint statement in February, ​​David Crosby, Graham Nash, and Stephen Stills voiced their support for Young, who had, by then, already exited the platform, claiming that the platform can “have [Joe] Rogan or Young. Not both.”

In their statement at the time, the band said, “We support Neil and we agree with him that there is dangerous disinformation being aired on Spotify’s Joe Rogan podcast.”

They added: “While we always value alternate points of view, knowingly spreading disinformation during this global pandemic has deadly consequences. Until real action is taken to show that a concern for humanity must be balanced with commerce, we don’t want our music – or the music we made together – to be on the same platform.”

At the time the boycott began, Spotify had reported a 17 per cent dip in shares due to slowing rates of subscriber growth, according to the Economic Times. Rogan also threatened to quit Spotify, which The Post Millennial reports would have meant leaving a $200 million deal on the table, if he were asked to self-censor.

As of late, Spotify placed a content advisory on some of Rogan’s episodes related to COVID-19 and removed 113 episodes of Rogan’s podcast in response to the ongoing controversy.