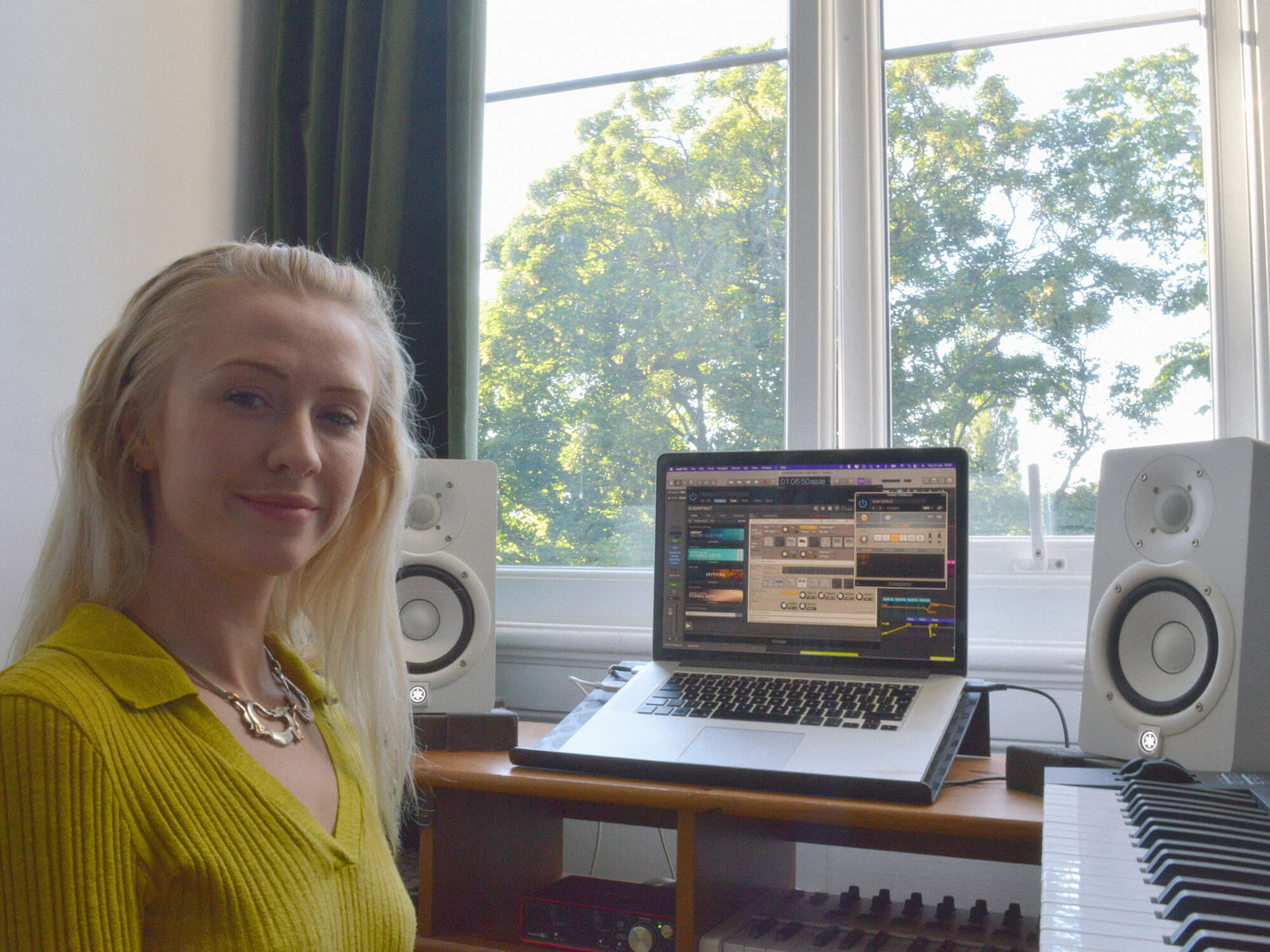 Plug-ins I Actually Use: Jessie Marcella

UK producer Jessie Marcella talks us through the tools that helped establish her shift into soothing ambient music.

Jessie Marcella, having previously made mellow takes on the likes of garage and house, has delved into the world of ambient music for her latest Untitled EP on Above & Beyond’s new ambient-focused record label, Reflections.

Speaking from her humble studio, the UK-based producer talks through her DAW, software plug-ins and sound libraries that helped create the release’s cinematic, ethereal atmosphere.

Hi Jessie! Your Untitled EP on Reflections is lovely. What made you head in a more calming, ambient direction for this release?

Thank you! I’ve always loved ambient music. Creating ambient music comes quite naturally; when starting a new track I almost always begin with some melancholy chords or an emotional melody no matter what genre I’m setting out to create. This project rolled with that idea instead of pushing it along to become something else.

You’ve always been an ambient fan. Who has influenced you in this field?

I grew up listening to a lot of different music, but it was either the really emotional instrumental music or electronic dance music that I’d have on repeat. I later discovered artists such as Nils Frahm, Ólafur Arnalds, Jon Hopkins – they’re all huge influences on my music. Any track that can make you cry and get goose bumps at the same time is a winner for me.

Have you always been more DAW-based?

Yes, I think it’s amazing how ideas come to life in a DAW. Don’t get me wrong, I’d love to have some hardware synths – I’ve always wanted a Sequential Prophet. I do think you can capture a certain sound using hardware that just doesn’t exist within a DAW, but it blows my mind that you can literally create whatever you want, from a beautiful string arrangement to some crazy sound design, all within a computer.

There is so much to DAWs and so many plug-ins available to buy these days, but I believe that you don’t need to spend money to make good tunes, for a long time I only had access to stock plug-ins; my set-up as a whole is still super minimal.

For a bunch of reasons I’ve found myself slowly transitioning to Ableton from Logic, Untitled is actually a product of both DAWs – the original tracks were written in Logic Pro but the final mixdowns were in Ableton Live.

Portal by Output was my latest purchase. If you want to create ethereal spaces and textures, it’s the one. You can play around with all sorts of magical granular effects. A lot of my tracks use it to some degree – it’s really cool when using both individual melodies as well as groups of instruments, such as strings for example. It adds this texture and otherworldly uniqueness to a sound.

Spitfire Audio LABS. It’s a huge bundle of beautiful free virtual instruments. I find it so useful when I write because often I just want to get my ideas down as quickly as possible. Nice sounds allow this to happen faster.

Stock plug-ins are great. I honestly use them all the time, so they’d be at the top of the list. I’d also recommend Valhalla’s free plug-in, Supermassive, it’s a lush reverb/delay. The warp setting is fun to play with too.

Spitfire Audio Albion One. I managed to get a good Black Friday deal so I’d say it’s definitely worth it. I love orchestral music so I did a bit of research and decided to buy it. I’m glad I did. I use it all the time, especially when arranging for strings. Spitfire has really paid attention to detail, from the really precise articulation through to the adaptable mic placements. You can hear it in Untitled 02, 03 and 04. I especially love the octaves, (for example Strings Low 8ve), they sound so rich and powerful.

iZotope Ozone 7 Maximizer, which is a limiter. I really like using Ozone 7 for mastering as it has a great range of stereo imaging and limiting controls that have really clever algorithms to achieve a dynamic yet loud master. This goes right at the end of the chain to give it that balanced loudness. I also like to use Ableton’s stock multi-band compressor to glue the mix together.

Are there any plug-ins that the Untitled EP wouldn’t be complete without?

Albion One for the strings – strings play such an important role within the EP so I spent a lot of time with this plug-in. I use it in conjunction with Logic’s stock strings (believe it or not) and my own shakey playing of a violin (Untitled 03), lots of automation and a lot of time spent blending the layers resulted in a pretty nice sound!

Logic’s Arpeggiator was an important one too, I used this along with different delays to get the twinkly piano sound you can hear in Untitled 02 and 04.

Wow. Talk us through Untitled 4 – the vocal sample, the eerie pad, the whirring, delicate synth that teeters its way in and sounds like a flock of exotic birds. The organ sound at the end. How were these sounds achieved?

It starts with a short string arrangement that I created and then played around with in PaulStretch – this is an insane plug-in, it can stretch audio a huge amount before the quality is affected. If you put anything remotely beautiful in it, you’ll get this crazy result, particularly with strings and choral stuff.

The vocal sample is just my voice with Valhalla Supermassive and Delay Designer (stock from Logic). The bird-like synth is me singing a descending scale. I then loaded it into Kontakt, which automatically plays back the higher notes faster and the lower, slower. I panned these to make them flitter around – et voilà!

iZotope Exciter. It’s a harmonic distortion that brightens things up by bringing out the air in the mix.

Dada Life’s Endless Smile is fun to play with, especially when you fancy a huge riser. I tend to use it as a bit of a placeholder when I want the effect of a big drop in my more lively music. It has made it to a final mix, so perhaps it’s not such a guilty pleasure.

Everything. Whatever sounds good goes!