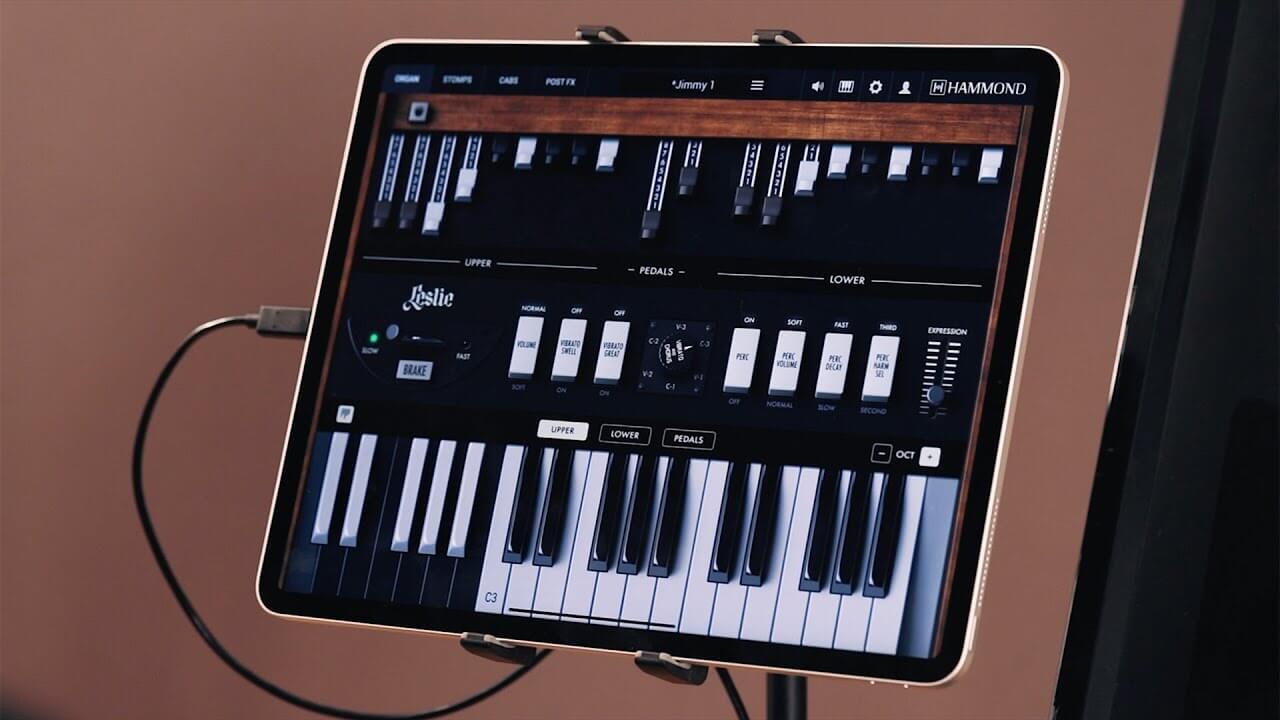 Not long after its reveal of the Hammond B-3X plug-in, IK Multimedia has released the Hammond B-3X for iPad. Designed to bring the same soul, passion and vibe of the real deal to the palm of your hand, the app offers “the same incredibly detailed, true-to-life sound, flexible full-rig signal chain and advanced tone shaping as the Mac/PC version”.

It appears no compromises have been made in the translation from desktop plug-in to iPad app, sporting the same sound engine, and maintaining the 91 tonewheels present in the original. Physical modelling recreates tonal filtering, key click, percussion and chorus-vibrato circuits to recreate the organic feel of an original Hammond. IK Multimedia teamed up with Hammond to double-check that every detail in the virtual instrument is as it should be, ensuring authenticity.

IK Multimedia has made this as realistic as possible, all the way down to the iconic Leslie amp sound. The organ feeds into a 5-unit pedalboard that features overdrive, graphic EQ, chorus-vibrato, wah-wah and spring reverb. After this, the signal is sent to a CABS section in which you can select your choice of Leslie amp and speakers, alongside a parallel guitar amp and 4×12 cabinet.

A mixer lets you allows smooth blending of the Leslie, with independent volume and panning of both horn and drum mics, the parallel guitar amp and DI organ sounds. To enhance live performance, a Controls view hides the keyboard and expands the drawbars to minimise distraction while playing. MIDI mapping is available for modern Hammond digital organs, offering a plug-and-play nature a.

Hammond B-3X for iPad is available now from the Apple App Store with an introductory price of $100 through March 2020. Find out more at ikmultimedia.com