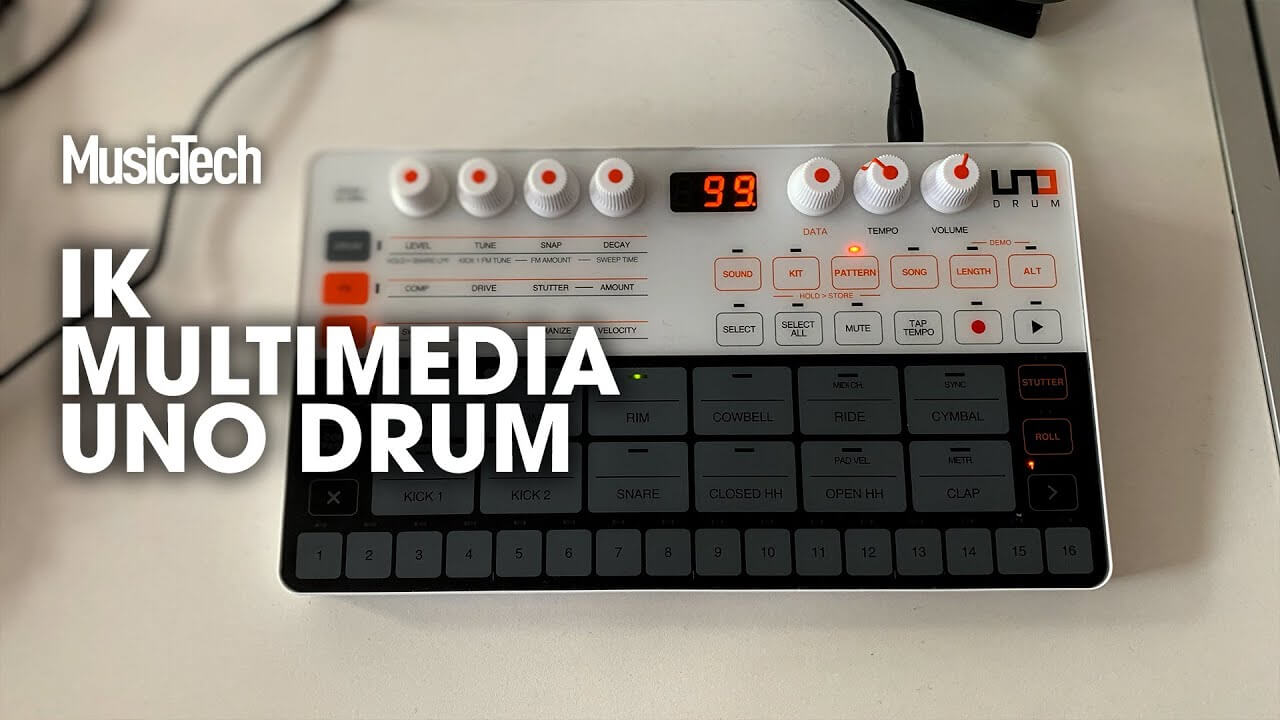 The six analogue sounds comprise two kicks, snares, claps and hi-hats, while sounds such as toms, rims, cowbells, rides and crashes come from the onboard samples.

Sounds are organised into editable kits, and UNO Drum comes pre-loaded with 100 of these. Each kit can comprise up to 12 elements with 11-voices of polyphony, should you need it, too. 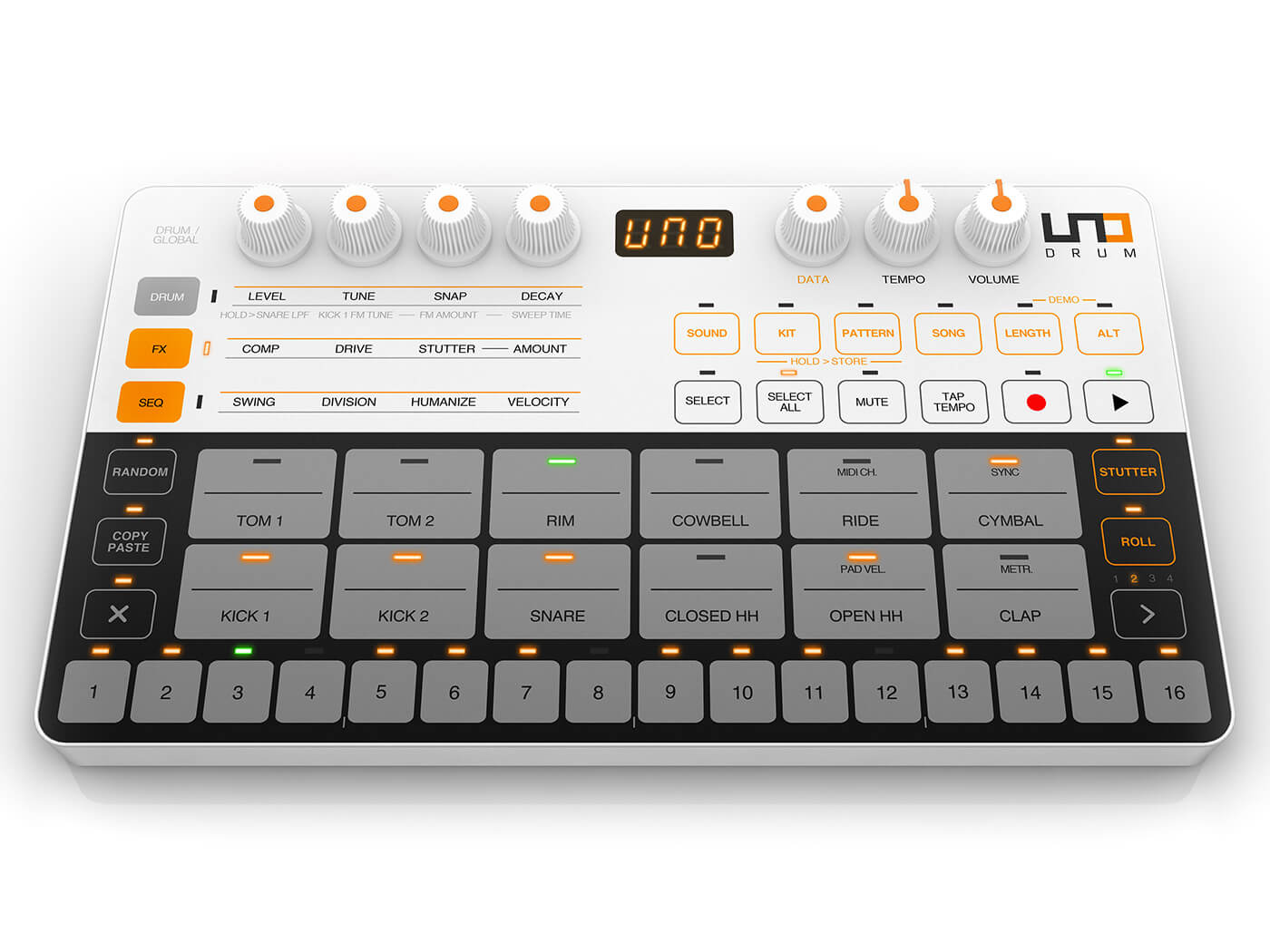 Though editing controls may seem limited, the four top-top-panel knobs afford control over each element’s key parameters, such a Snap, Decay, Level and Tune.

To help give you drums that little something extra, UNO Drum offers two master effects:  Compressor and Drive, and their settings can be saved along with kits so you don’t lose time setting them up time and again.

As far as playing goes, UNO Drum sports 12 touch-sensitive pads, each with two velocity zones. These same pads can be used to play live, play over pre-programmed parts or for programming beats.

Designed for easy programming, the UNO Drum has 16 buttons for step-sequencing. The 64-step sequencer can also be programmed in real-time, or used in song mode to chain up to 64 patterns. For additional movement, up to eight parameters can also be automated per step.

To get out of your normal drum programming habits, the UNO Drum also sports five performance effects including Stutter, Roll, Humanize, Swing and Random. The last of these is made to create brand new patterns, should you so desire.

A complement of USB and 5-pin MIDI, and an audio input means that the UNO Drum can integrate easily into the studio, the DJ booth and live electronic performances. The audio input looks particularly intriguing because it lets you route other gear through the UNO Drum’s compressor.

It’s also a portable little number at only 400g and can be powered by either AA batteries or via USB (computer or power bank).