Now developers can directly integrate the first wireless Bluetooth™ foot controller into their apps IK Multimedia announced today that they are releasing a developers manual for the iRig® BlueBoard, a wireless pedalboard controller that can be used to control your apps via MIDI. Read on for more info…… Experience Total Hands-Free Control iRig Blueboard is the […] 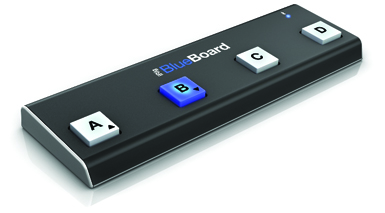 IK Multimedia announced today that they are releasing a developers manual for the iRig® BlueBoard, a wireless pedalboard controller that can be used to control your apps via MIDI. Read on for more info…… 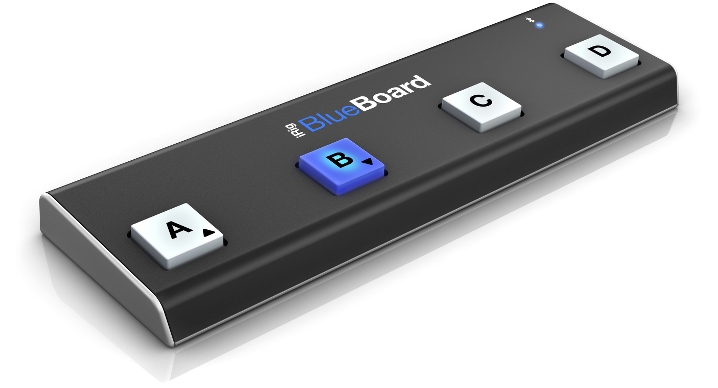 iRig Blueboard is the first wireless pedalboard that uses Bluetooth LE 4.0 to transmit signals to control app functions and features. Musicians currently use iRig BlueBoard with their favourite music making apps like IK’s own AmpliTube and VocaLive as well as third party apps like forScore and Loopy HD – it’s used to switch on virtual stompboxes, turn sheet music pages, play with volume and wah effects and switch pre-set patches on the fly.

iRig BlueBoard uses Bluetooth 4.0 (LE – Low Energy) technology to transmit the actions of its four onboard backlit footswitches – plus its two optional external devices – to any compatible iOS device, Android device, Mac or PC. Previously this was accomplished by using the iRig BlueBoard app, which worked in the background to convert Bluetooth signals into MIDI data and other control messages. Now with the iRig Blueboard Developer’s Manual this can be done within app with direct integration.

A World of Wireless Interactivity
Initially created for musicians, iRig BlueBoard can now be used to work with and send control signals to virtually any kind of app: Game makers can now offer their players a greater degree of immersion and interaction. Educational apps can be made more functional – imagine hands-free page turning for textbooks, lectures or presentations. It also offers a different kind of control for creators of video and lighting apps (imagine triggering DMX lighting via footswitch). And of course music app developers can now seamlessly integrate iRig BlueBoard with virtual synthesisers, DJ apps, sample players and other music creation apps.

Pricing & Availability
The iRig BlueBoard Developers manual and license agreement is free and available from IK Multimedia. To get a copy, email: blueboardtm@ikmultimedia.com

iRig BlueBoard is sold around the globe in music and electronics retailers, and online from the IK Multimedia online store for $99.99/€79.99 (excl. taxes).