A speaker that allows you not only to hear, but also to see music. 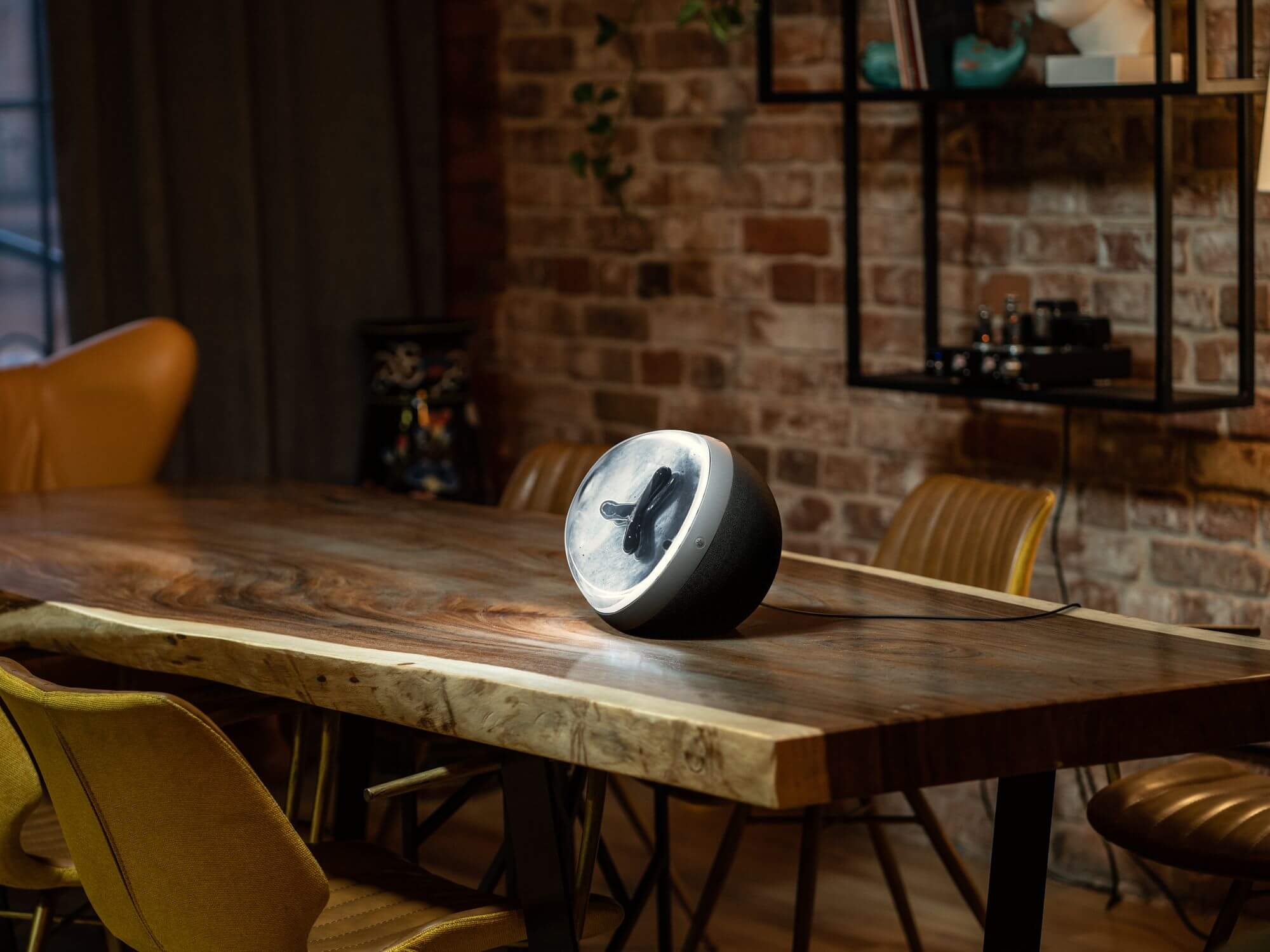 A new ferrofluid speaker that allows you to visualise your music has arrived on Kickstarter.

Originally developed by NASA and used in rocket ships to control fuel in zero gravity environments, this alien-looking black blob will react to the device’s electromagnetic field and dance around in sync with the sounds being played.

According to the speaker’s Kickstarter page, “fluid control algorithms” are used to create the visualisation, which adjusts according to the overarching frequencies and music volume. That is to say, each user’s dancing black blob is unique.

With prices starting at $349 for the lowest tier package, the features that accompany the Van Der Waals speaker prove that it is not just an expensive visualiser.

On the inside, the speaker features two 15W mid-bass speakers and two 15W tweeters. According to its creators, the speaker’s receivers are sourced from Qualcomm while its digital signal processors and amplifiers are from semiconductor manufacturing company Texas Instruments. It also comes with Bluetooth 5.1 and support for AAC, SBC, aptX, aptX HD, and aptX Adaptive for high-quality.

The Kickstarter was launched on 24 November and at the time of writing, has raised $340,178, more than ten times its goal of $25,000. With some of the stretch goals unlocked, users can now customise the speaker’s turn-on sound fluid pattern and a microphone will also be added. This means that the ferrofluid will be able to react to ambient sounds. The speaker will also be available in a white finish.