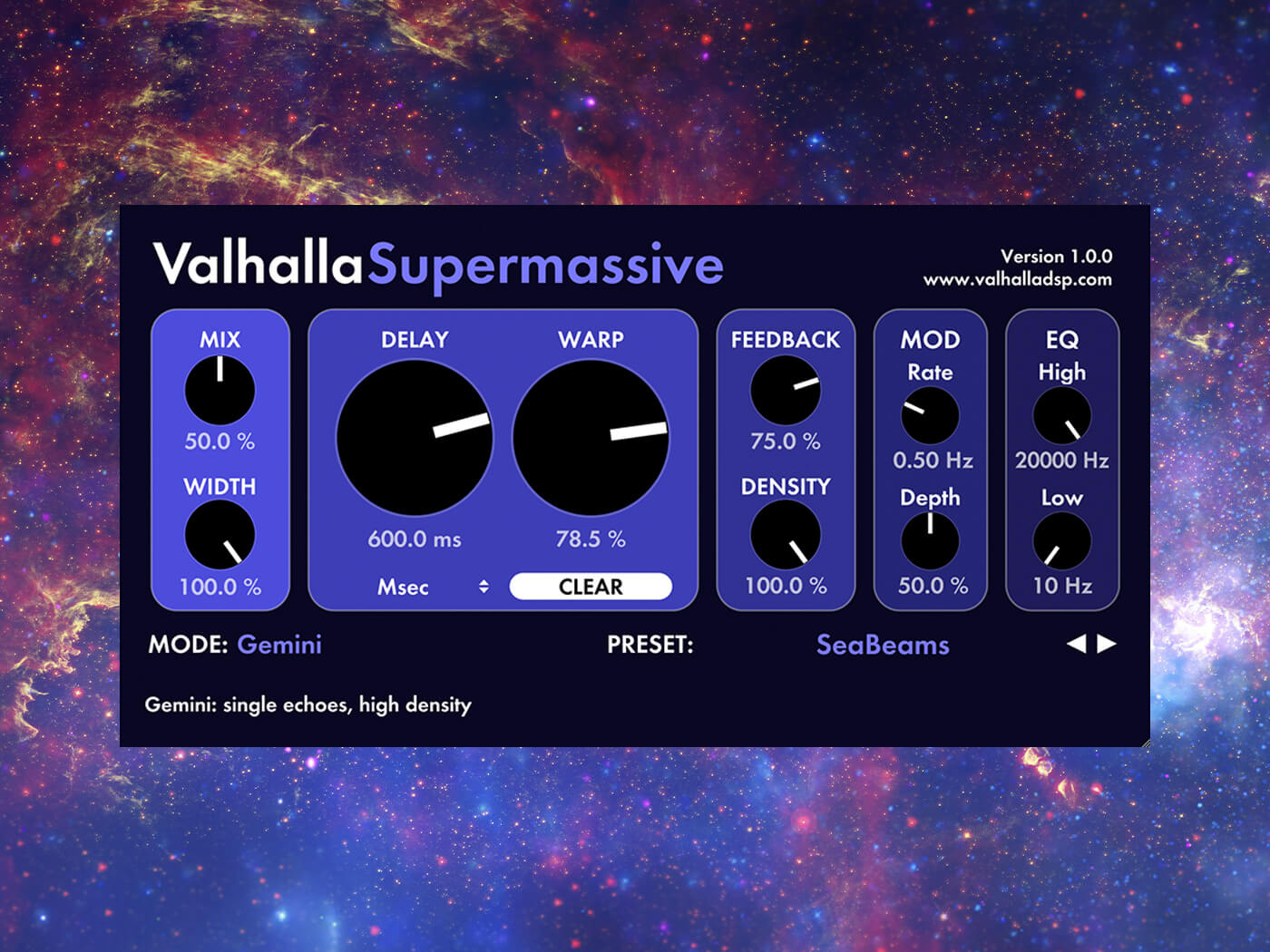 The brand behind beloved plug-ins such as VintageVerb and Shimmer has made its free reverb even better. ValhallaDSP’s Supermassive has been expanded to include two new modes: Great Magellanic Cloud and Triangulum, both suitably named after nearby galaxies.

The algorithmic reverb has already caused a supernova in the music tech world, with many producers instantly snapping it up when it launched in May 2020. Supermassive 1.1.1’s new reverb modes are as ethereal and celestial as you can imagine. Listen to them below.

seancostello · OrbitingSagittariusA
To learn how to harness the power of Supermassive, check out our workshop here.

Great Magellanic Cloud provides extremely long initial delays with the potential to loop delays and reverbs. Supermassive’s Density parameter allows for the creation of vast reverbs when set at zero per cent, with lusciously dense reverb tails heard at 60 per cent. According to ValhallaDSP, this mode is “a cross between Centaurus and an oversized variant of Lyra”, two other modes on the plug-in.

Triangulum is a multi-faceted delay mode that can perform as a looper, as a deep reverb or as a repeating delay with control over individual repetitions and decay time. Setting Density to 0 per cent will give echoes repeating at eight times the defined Delay setting. As Density increases, diffuse echoes will arise with shorter delay lengths that will compensate for the space between longer echoes.

Also new with Supermassive 1.1.1 is VST3 support, along with continued support for VST, Au and AAX formats, of course. To launch your sounds into the immense black hole that is Supermassive, simply head to the ValhallaDSP site below and download it, free of charge.