Turn movements into sound with the SOMI-1 motion sensor wearables

The Kickstarter campaign for the SOMI-1 is now live. 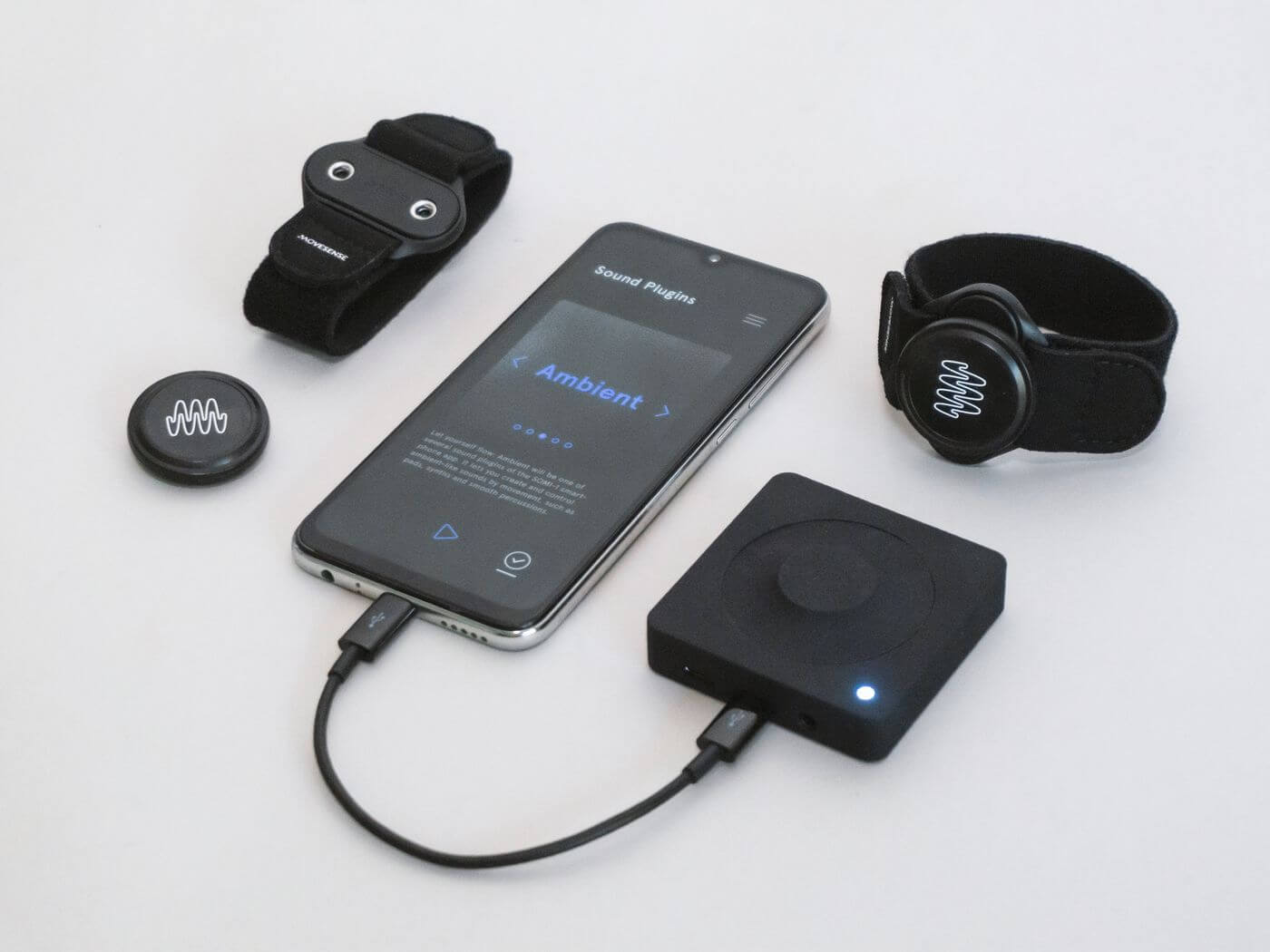 German music tech company Instruments of Things has announced their latest Kickstarter project, the SOMI-1, wearables that measure movement and transform it into sound.

The SOMI-1 system consists of three parts: Bluetooth motion sensors, a receiver hub, and a smartphone app that acts as an interface. You can connect the hub to your smartphone via USB-C, open up the SOMI-1 app, and choose a preset to start making sounds by moving your body, or use it as a MIDI source.

Each SOMI-1 sensor provides eight different motion parameters that can be used independently to control or trigger sounds. Connecting to a DAW such as Ableton Live lets you take advantage of MIDI parameters on the fly. However, the app’s built-in sounds and presets, also makes it beginner-friendly.

Users who are inclined can also customise their own movement settings and add sounds to presets. The app will launch with sound packs such as Nature, Ambient or Club, which will be expanded upon in the future by its developer or users themselves.

SOMI-1 can be used as a common MIDI controller with compatible software or hardware. It connects with USB-MIDI, TRS-MIDI or DIN-MIDI.

Up to six sensors can be used simultaneously with a single SOMI-1 hub, allowing for multiple artists to work together at the same time.

The SOMI-1 is offered in kits of two to six sensors on Kickstarter, with the campaign having launched on 19 September. Instrument of Things has set the funding goal for the SOMI-1 campaign at €50,000. The lowest tier package that includes a full kit is set at €379, 43 per cent off the retail price of €669.