These small-format units are each equipped with a bundle of musical features. 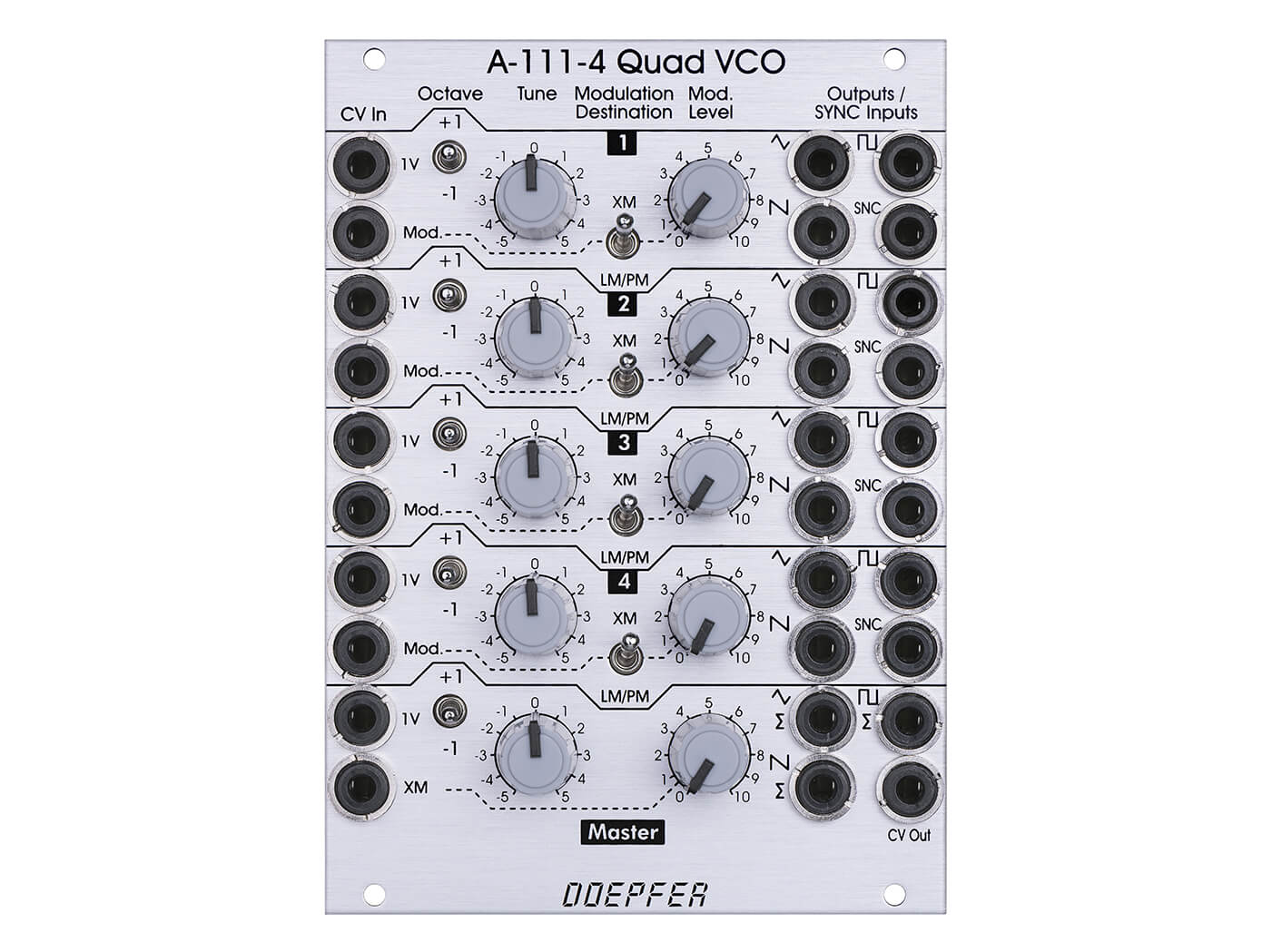 Doepfer, the German company that popularised the Eurorack format, has added five polyphonic modules to its A-100 series.

Each device packs a variety of polyphonic features, differing from conventional modular synthesisers which are “almost exclusively monophonic”, according to CEO Dieter Doepfer. Here’s a closer look:

The A-111-4 features four voltage controlled oscillators (VCOs) that can be controlled individually. Designed for building chords or making juicy unison parts, the Doepfer gives you a lot of options for a small outlay.

Critically, there are three waveshapes available per oscillator: triangle, square or sawtooth. The output of the four VCOs can then either be taken as a sum or individually.

Front panel switches let you quickly flip an oscillator up or down an octave for richer-sounding parts, and a Tune knob lets you quickly build chords. Additionally, VCO frequency and pulse width can be controlled via CV input. Oscillator sync is also available for tighter attacks, and you can even choose whether you want hard or soft sync by changing the state of an internal jumper.

You can shape the filters’ overall character with four main controls: Frequency (F), Resonance (Q), Audio Input Level (L), and Frequency Modulation Intensity (FM), which lets you shape the filters’ envelope intensity. Interestingly, the A-105-4 is based on the SSM2044/SSI2144 chip – the same filter chip used in classic hardware such as the Korg Polysix, Fairlight II and Emu SP 1200 sampler. 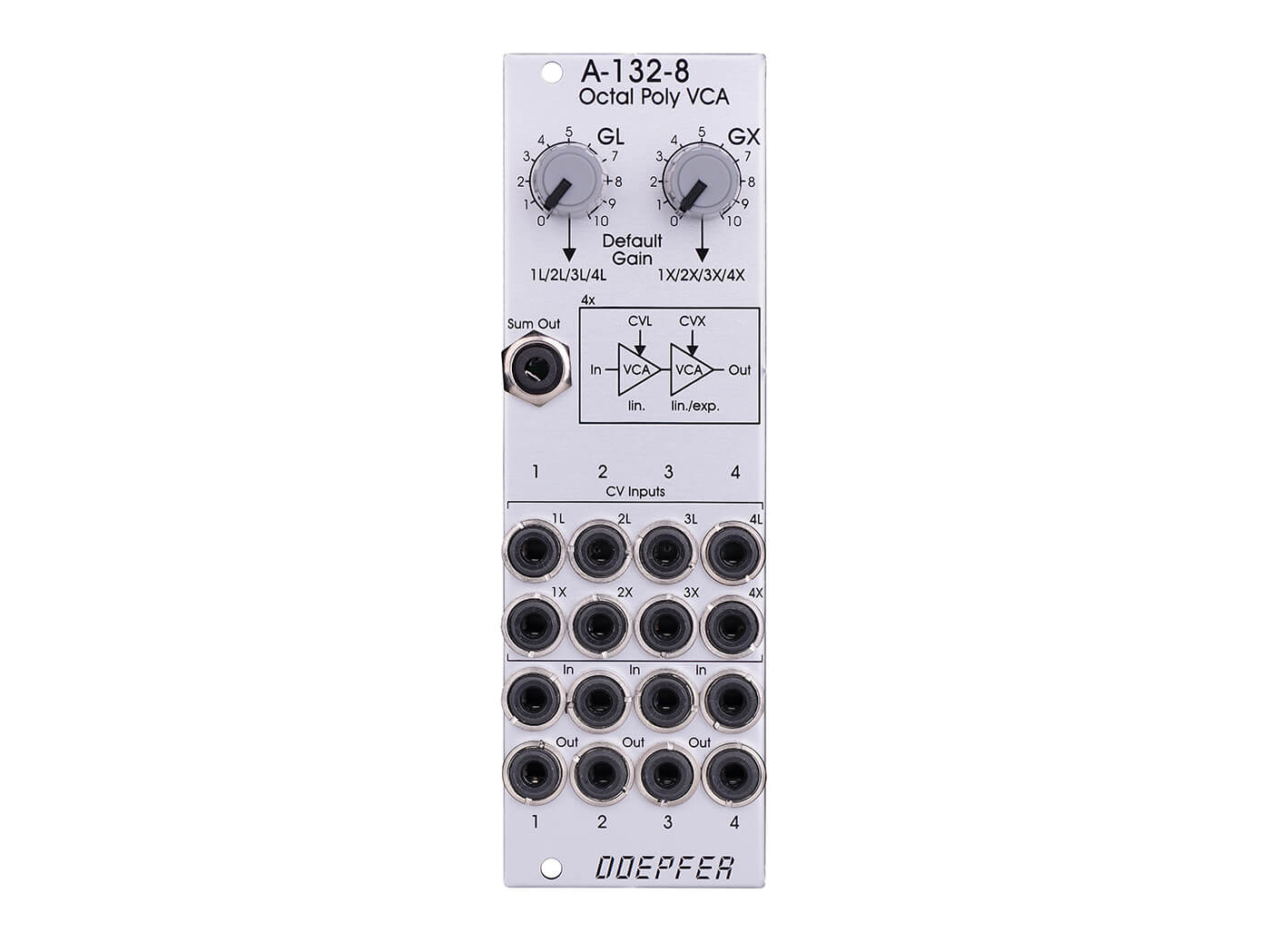 The A-132-8 is a four-channel voltage-controlled amplifier (VCA) unit.

Each of its channels consists of two VCAs connected in series: one with linear response and one that can be configured to either linear or exponential control scales. There’s also a Sum Out, which means there’s no need for another mixer module further down the signal path.

The module also comes with a master knob that you can use to offset the voltage setting for different VCA stages. 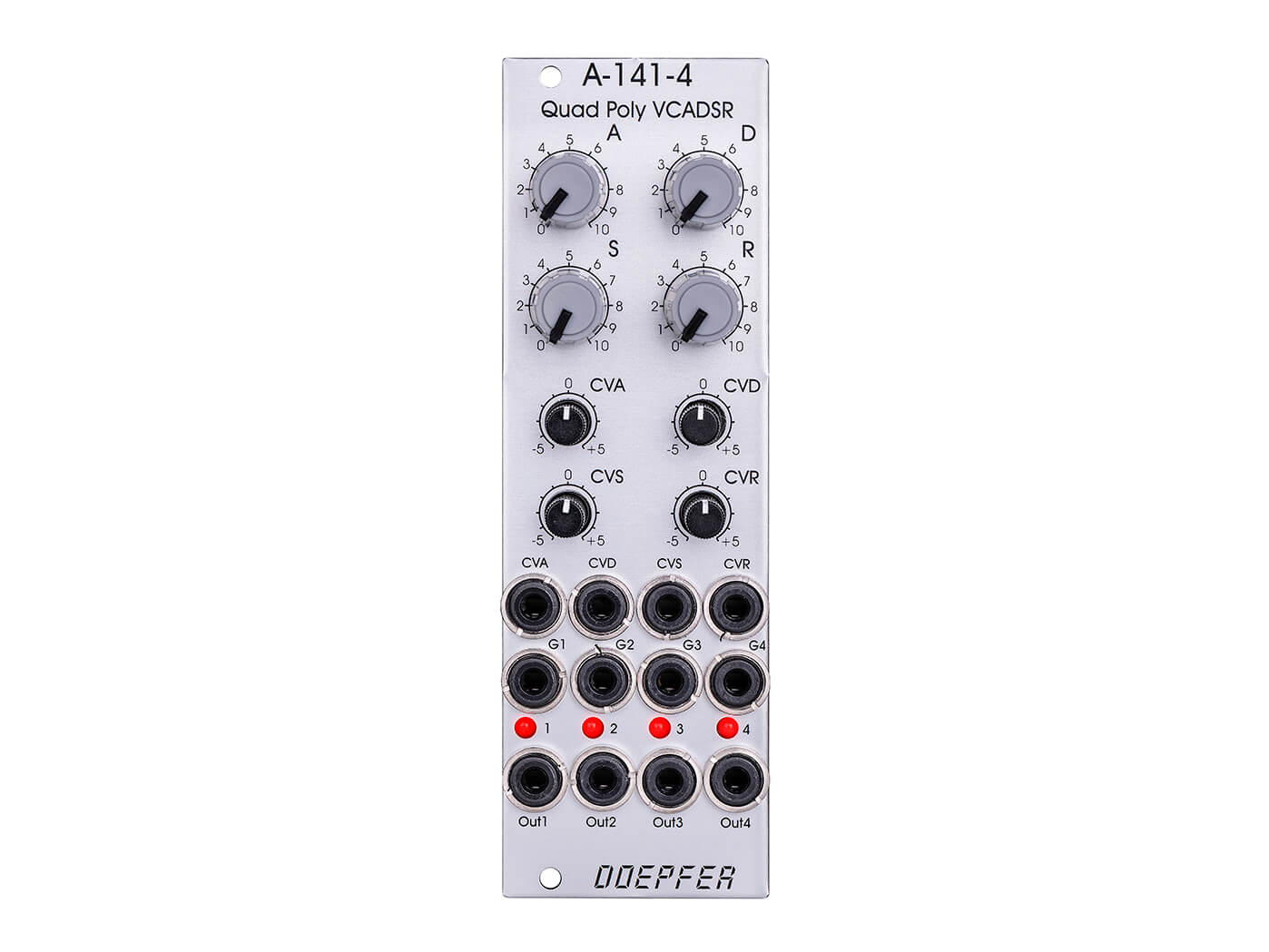 The A-141-4 is a voltage-controlled envelope generator that’s designed for polyphonic use.

It’s loaded with four ADSR-type (Attack, Decay, Sustain, Release) envelope generators that are capable of exponential waveforms. And to control each generator, the device provides you with familiar ADSR controls.

As for I/O options, each envelope generator comes with a gate input, an envelope output and a control LED-indicator.

A-190-5 Polyphonic USB/MIDI to CV/Gate Interface 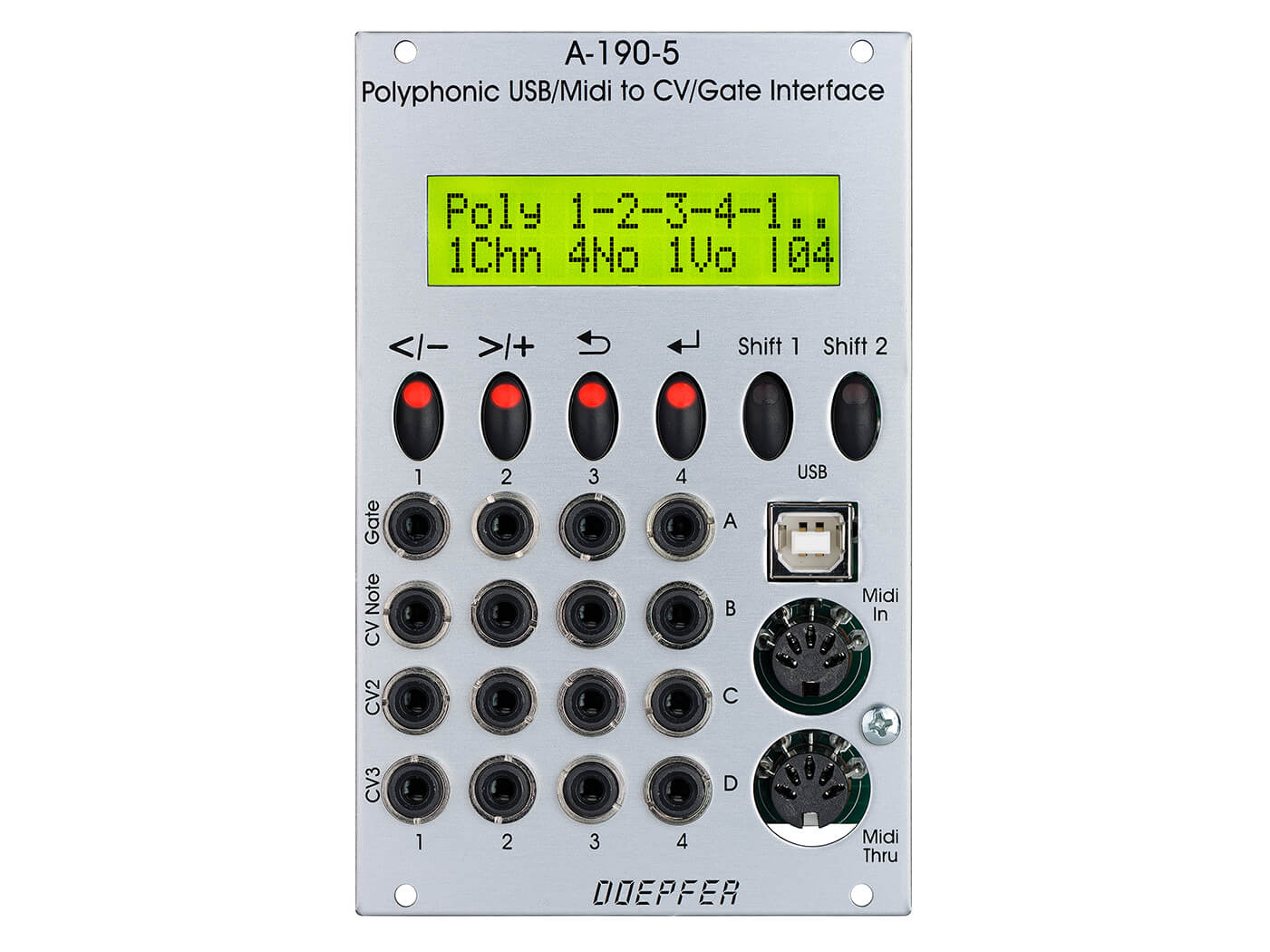 As its name suggests, the A-190-5 is a four-channel interface with a host of functions. It’s MIDI-compatible, has USB-to-CV connectivity and features a gate output.

It can operate in several modes, the most important of which are four-voice monophonic and four-voice polyphonic. The former gives you four separate parts, while the latter is designed for unison and chordal work.

Each voice can also be shaped by an additional two CV outputs that can be controlled by sources such as MIDI Velocity, Volume, Modulation, Pitch Bend, Aftertouch and other MIDI control messages.

For each module’s full range of features and controls, head over to doepfer.de.