The harmonic shaping and multi-band compression plug-in is said to mimic and improve on the Grammy-winning producer’s analogue workflow. 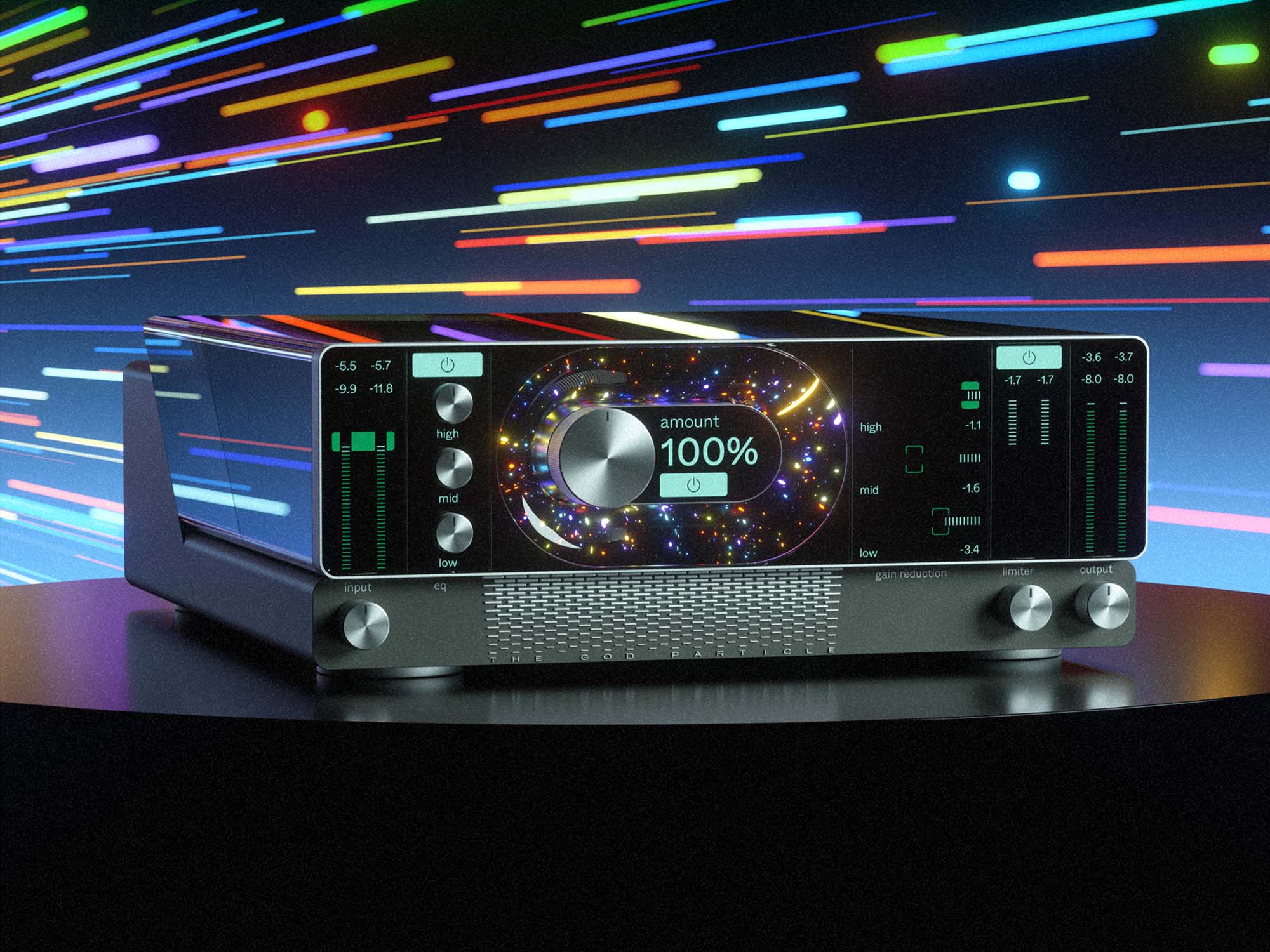 The Cradle has teamed with Jaycen Joshua to release The God Particle, touted to be the “only plug-in” on the 15-time Grammy-winning producer’s mix bus – but what is it exactly?

The God Particle is meant to sit at the front of your mix bus, offering analogue-inspired colouration, EQ shaping and multi-band compression at the sweet spots as heard in Joshua’s productions.

The plug-in relies on a carefully refined harmonic algorithm to “replace” and even improve on Joshua’s analogue workflow. At the same time, you’re given limiting options to polish your mix and give them the loudness and girth of a ‘finished’ master.

The intricacies of The God Particle’s features are hidden behind what appear to be a simple set of controls, with an Amount knob to turn up the plug-in’s effect; EQ controls to fine-tune low, mid and high frequencies, as well as an adaptive limiter section.

According to its developers, this simplified UI was chosen to let producers focus more on the sound and less about the processes taking place – in fact, The God Particle’s default settings are said to be exactly how Joshua has set them on “every single one of his mixes” since 2021.

The God Particle also concerns itself with proper gain staging, offering Joshua’s own input and gain reduction targets so producers can be confident their mixes will be both dynamic and loud with a balanced EQ response.

Watch Joshua demo and discuss The God Particle in the video below:

The God Particle is available now at an introductory price of $79 (usually $119) and if you would like to try it first, there’s a five-day trial available as well.