SSL also has plans to put out tape echo, delay and de-esser plug-ins in the near future. 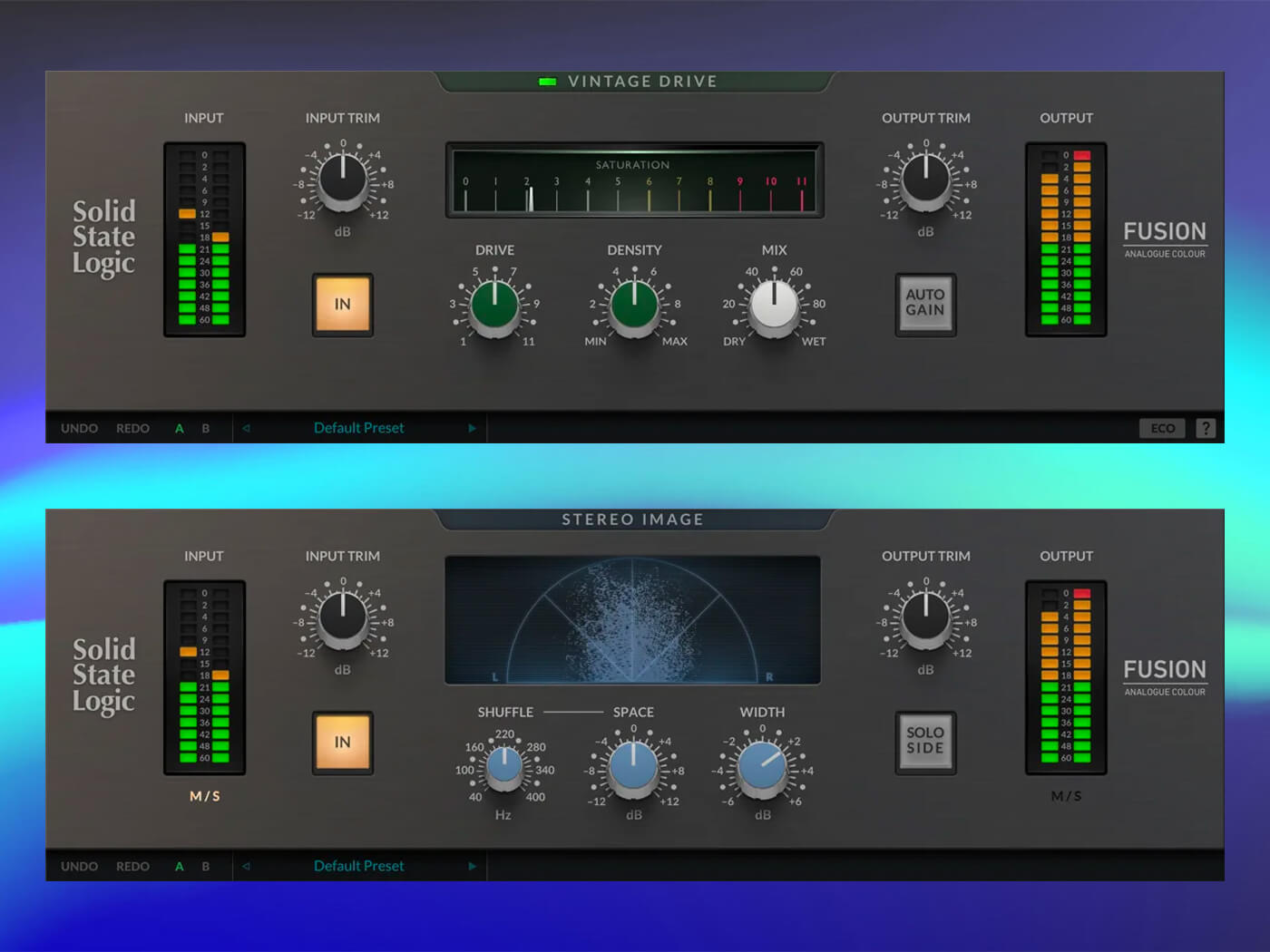 Vintage Drive is said to produce gentle harmonic saturation and soft compression akin to pushing vintage hardware to its sweet spot. It features a nonlinear digital circuit to bring an “organic” feel to your tracks, groups, mixes and more – all while working in the box.

Its controls include a width knob to widen or narrow the stereo image, as well as a space knob to make frequency-dependent width manipulations. Meanwhile, a newly introduced shuffle control lets you adjust the frequency cut-off of the space circuit.

Beyond digital renditions of the Fusion processors, SSL has plans to put out a tape echo, delay and de-esser, all of which are currently in the works. A press release from the company stated the remaining plug-ins will be out by March 2022, and following that, yet more software releases are planned.

Nigel Beaumont, SSL’s Managing Director, said in a statement that the new digital tools demonstrate SSL’s commitment to bringing its production tools to “a wider audience of music production and audio creatives”.

“By providing different ownership options, we are also simplifying how users can evaluate and then invest in this hugely-expanding suite of authentic SSL creative software tools,” he added.

SSL’s Vintage Drive and Stereo Image plug-ins are available now at an introductory price of $149 (usually $199) each. They’re also included in the SSL Native Complete Bundle, amongst many other plug-ins, for a monthly rate of $14.99.