The French developer also claims the Hapax to be the “first hardware sequencer that fully supports MIDI Polyphonic Expression”. 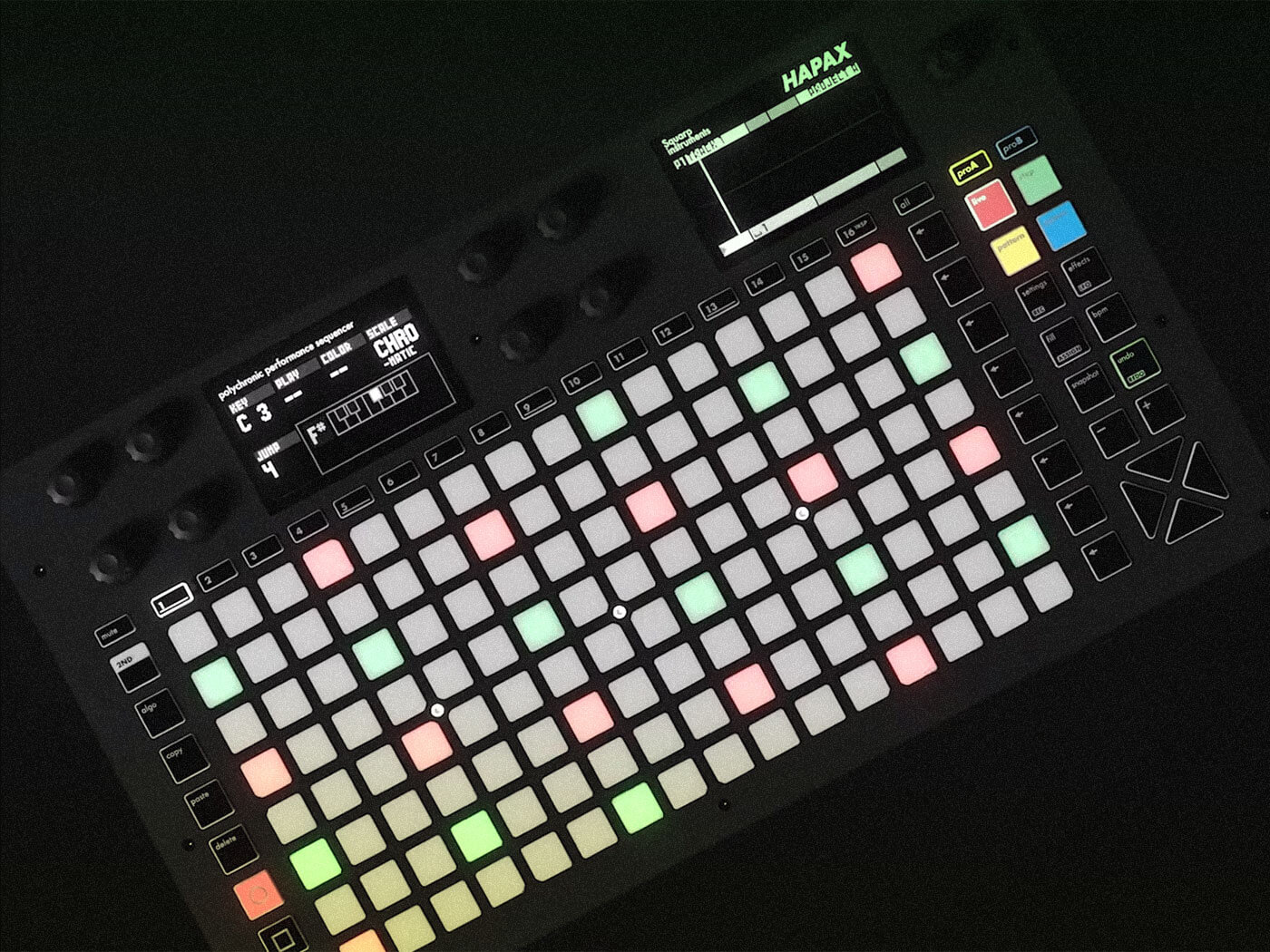 The French music tech company calls the Hapax a “genuine centrepiece of a setup” featuring a wealth of tools to both compose and perform.

Two independent projects can be run at any given time, with an OLED screen dedicated to each, meaning you could load one up while the other is playing. This presents benefits for both composing and performing: re-organising tracks is made easier and transitions between projects become much smoother. Each project, itself, houses 16 tracks with eight patterns per track.

Squarp has touted the Hapax as the “first hardware sequencer that fully supports MIDI Polyphonic Expression” with the ability to record gestures, slides and playing articulations at high quality.

Check out the brand’s launch video below.

Combining its MPE talents with Hapax’s range of connectivity options could make it a powerful mastermind for your setup; it’s able to sequence and sync with gear from vintage, modern and modular synths, and a DAW running on your computer.

Like the Pyramid, Hapax includes a variety of real-time MIDI effects, which are polyphonic and non-destructive. These include an arpeggiator, MIDI filters, randomisers, euclidean algorithms and loads more.

The Hapax further boats recording talents that let you record from its encoders and 128 pads, external MIDI and MPE instruments, along with analogue signal. Recording is handled at a resolution of 192 ppqn and includes modes ranging from looper-style, count-down and metronome options, to punch-in recording and more.

In addition to functioning as a 128-note isomorphic keyboard, Hapax’s other live performance modes repurpose the multi-coloured buttons on its surface into a drum machine and a chord generator.

The Hapax is available to order now at 864€/$979 free worldwide shipping (via DHL express).