The museum lets creators book in and record using some of the most iconic and eccentric synthesisers from the past. 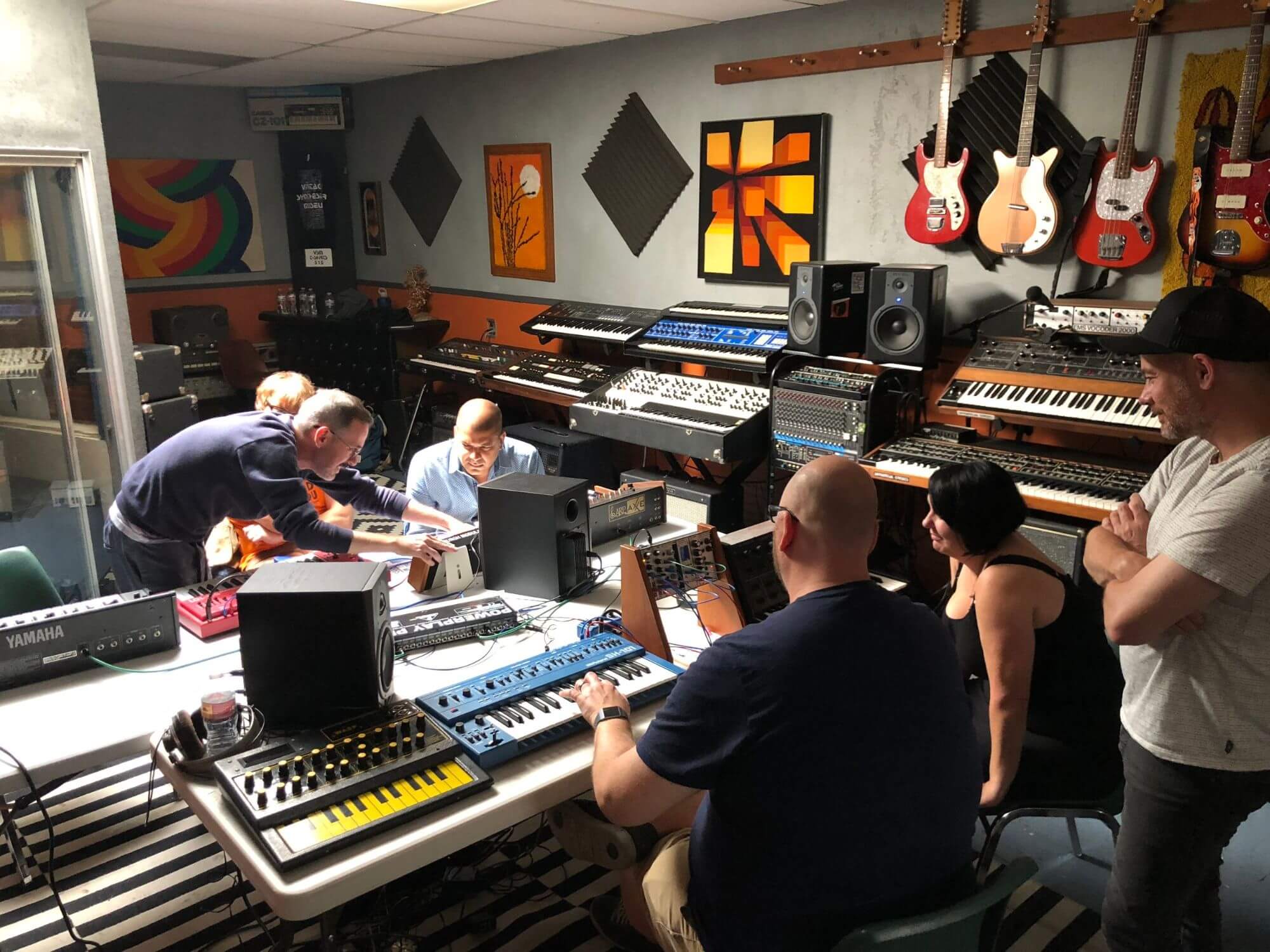 Oakland’s Vintage synthesiser museum has been relocated to Los Angeles, with an extensive collection of synths, drum machines and sequencers all becoming even more accessible for musicians across the United States. Now, in a new virtual tour, Spitfire Audio LABS has granted tech fans an exclusive insight into the development, showcasing a multitude of synths on offer and allowing consumers to look inside the development, without having to open their wallets.

An idea developed by Lance Hill, the owner and curator of the museum, over fifteen years ago, the VSM is comprised of his personal collection of synths, which he has been avidly collecting since the 1990s. More of a playroom than a conventional museum, the attraction allows musicians to reserve affordable, hourly appointments to demo and record the entire range of various synths.

With an array of classic analogue synths, including the Roland SH-5, SH-101, Moog Minimoog, Oberheim OB-Xa, Roland Jupiter-8 and the Yamaha CS-70M, creators have an unlimited number of avenues to explore in their creative endeavours. More obscure and unusual gear is also on offer, providing producers with the opportunity to demo and track with technology that may otherwise be out of reach.

With everything running into one of six different mixers, which are all routed into a Universal Audio Apollo 16, those visiting the museum are able to easily demo the equipment and record their new creations. Here, users have the choice of using the museum’s computer which uses Logic Pro X and Ableton Live 11, or record using their own laptops, which can be directly plugged into the system.

Starting from $60 per hour, those considering visiting the Vintage Synthesiser Museum can gain an advanced peek at the equipment on offer and catch a glimpse at the new layout of the building following its relocation. This is because Spitfire Audio LABS has recently conducted a virtual tour of the new development – providing a previously-unseen look into the museum for those unsure about booking an appointment. Speaking with Lance Hill, the curator describes how he first developed the museum, explaining that it came from his history of restoring synthesisers and his aim to make the units more accessible to musicians across the United States.

The Vintage Synthesiser Museum is currently only accessible by appointment only; here, numerous different packages are available, including group visit options. For those not wanting to fully commit to a full appointment, the owners have revealed that by purchasing a VSM T-shirt and collecting it from the venue, those interested in seeing the collection can have a brief tour without needing to commit to an official booking.

More information on the Vintage Synthesiser Museum, including an extensive list of the synths on offer, can be found on the venue’s website.