Users c select from a list of genres and pre-made arrangements. 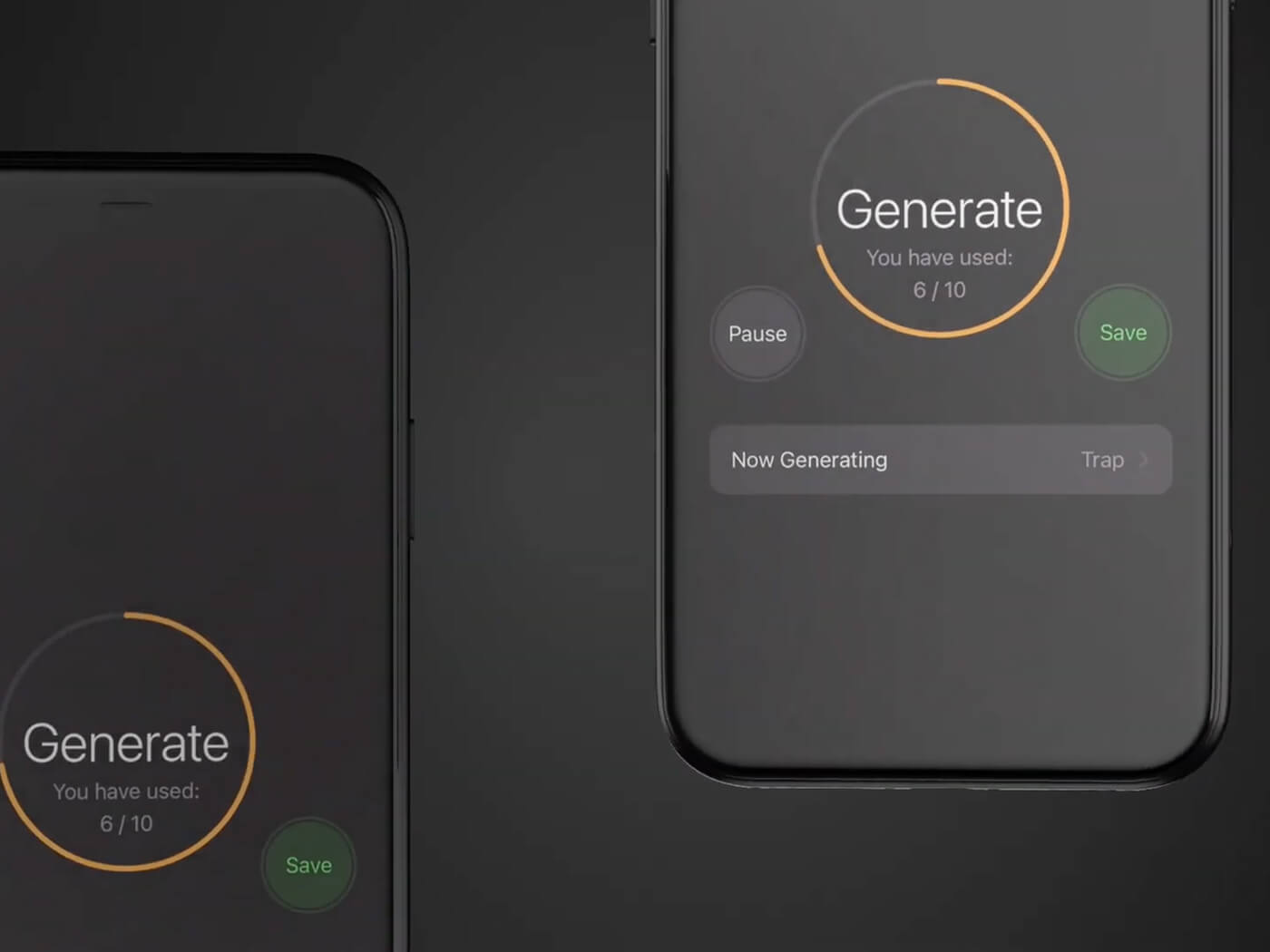 Songen is an iOS app that lets you generate new royalty-free music with just a few taps of the screen. It does this with the help of an AI-assisted engine that essentially sketches out a song idea for you.

The app generates music based on the genre you select. Options range from pop to synthwave, EDM, Latin and more.

Songen then generates 10 song ideas and you’ll have the option to save the ones you like. In the next step, you can refine the song by adjusting the tempo, changing the key and swapping instrumentations. There’s also a very basic mixer that lets you solo, mute and set the levels on tracks.

At this point, you have the option of choosing several pre-made arrangements – these range from an eight-bar loop to a “DJ friendly” full song arrangement. These can then be rendered and exported.

It’s also possible to bring the song over to your DAW as a MIDI file to refine further.

It’s not lost on Songen creator Vibin Oy that the idea of generating songs might seem a tad mechanical for a process mostly thought of to rely on creativity. However, the app was conceived in light of the demands of a content-driven music industry, where producers are expected to deliver volumes of usable music – for video content and much more besides – on a regular time frame.

“Everyone working in the creative field knows how it feels [to run out of ideas],” Vibin Oy wrote in a statement. “Music producers aren’t an exception – 10 songs a day isn’t an unseen figure”.

They continued, “Not all songs generated by the app are perfect chart hit material. However, we have already seen that with this app it’s much faster to finish a song than without it”.

AI tools are set to play a bigger role in the music-making process of the near future. Many popular plug-ins, from Izotope’s Neutron 3 to UVI’s Drum Replacer, already use machine learning to speed up the post production process.

Last November, Google Australia showed off several prototype tools it was working on to help musicians through machine learning. Some tools helped with the lyric-writing process, while others could replace voice memos with software instruments. See the full video here.

Songen is available to download for free on the App Store. A premium subscription (£8/month) is required for creating custom arrangements and mixing genres.