The series also gets a sleek brushed steel facelift. 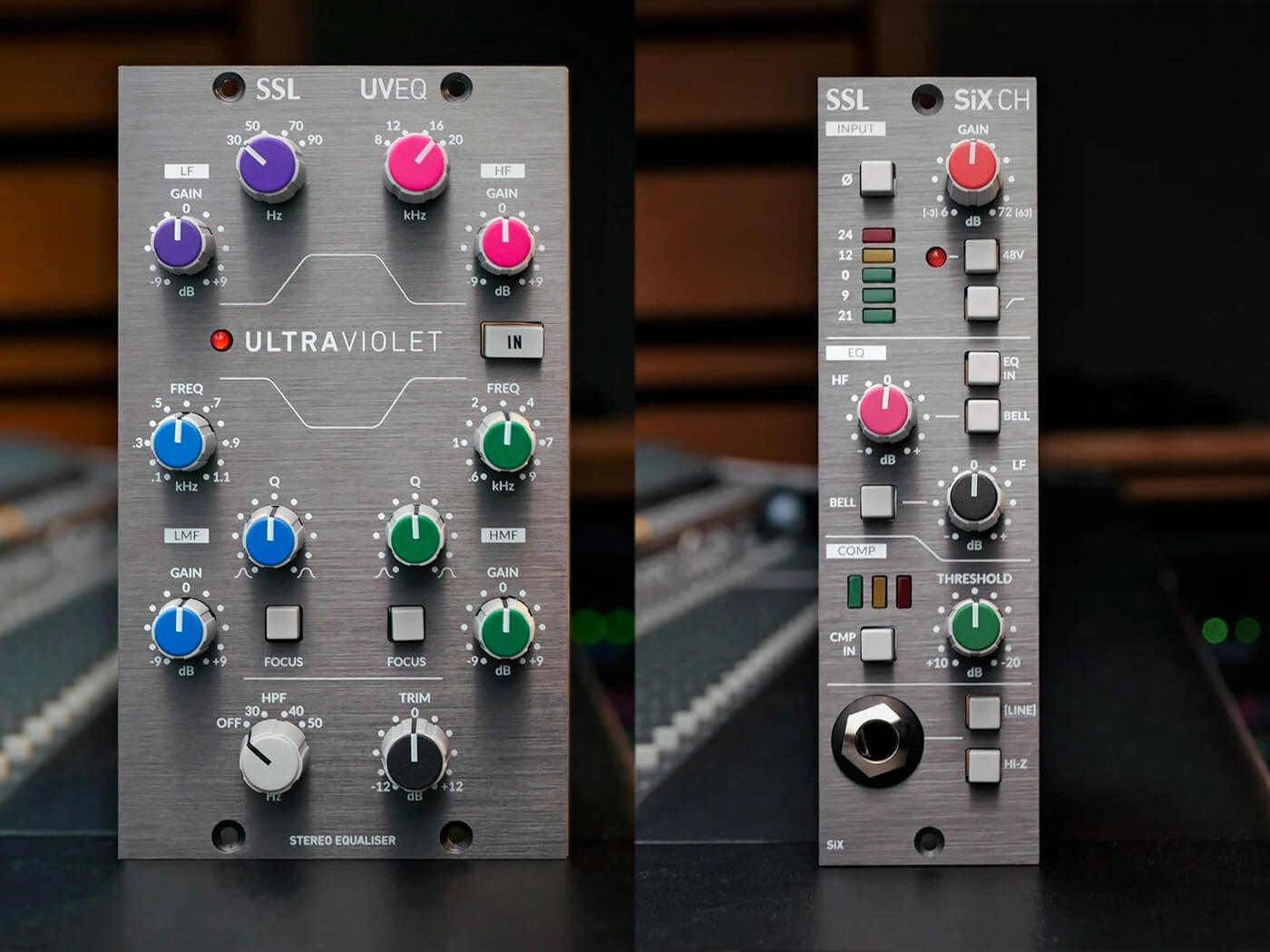 The UltraViolet Stereo EQ is based on the Violet EQ section found on the SSL Fusion, but with some new features. It adds two dedicated mid-bands, along with a Focus mode that automatically narrows the Q to let you hone in on target frequencies.

The module is designed to let you “quickly dial in the sound of your mix, sub groups and individual instruments,” according to SSL.

The SiX Channel includes a microphone preamp, low- and high-frequency EQ and a single-knob compressor. This module draws from the channel strips of the brand’s SiX console, and features the same SuperAnalogue technology as well. SSL suggested the module could do well in a lunchbox of various 500 series modules.

Along with the two new modules, the rest of the 500 Series – including the G-Comp, E-EQ and E-Dynamics modules – are getting a facelift that involves a sleek steel front panel.