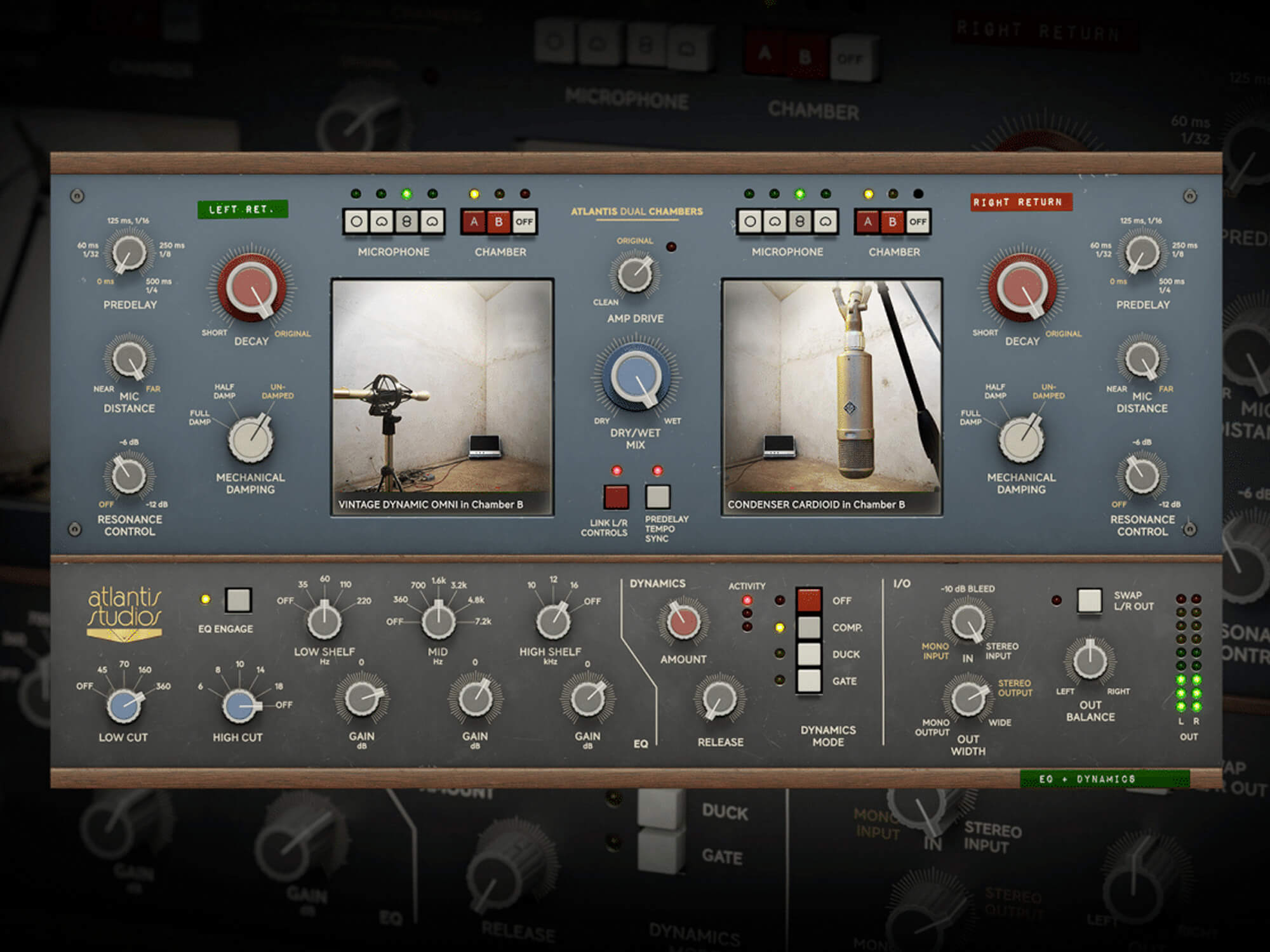 The reverb sounds heard on tracks from ABBA, Quincy Jones and The Cardigans are sashaying their way into your workflow through Softube’s new modelling reverb plug-in, Atlantis Dual Chambers.

Softube’s engineers meticulously captured the reflections and decay characteristics of the two reverb chambers in collaboration with Atlantis’ staff, in order to produce authentic recreations of them in the. box.

Those sounds are then wrapped up in a simple-to-understand plug-in with intuitive parameters, stereo widening options, effects and more to attune them to your production needs.

There are two chambers to operate, which can be run together or independently, along with the ability to virtually place your mics closer to further away from the speakers, introduce mechanical damping and more.

The plug-in rounds things off with a selection of processors, including British-style filters and EQ, compression and drive to finish off your sound.

Softube’s Atlantis Dual Chambers is available now at an introductory price of $159 (usually $199) until 10 June.