Cycles from Slate + Ash is a granular powerhouse 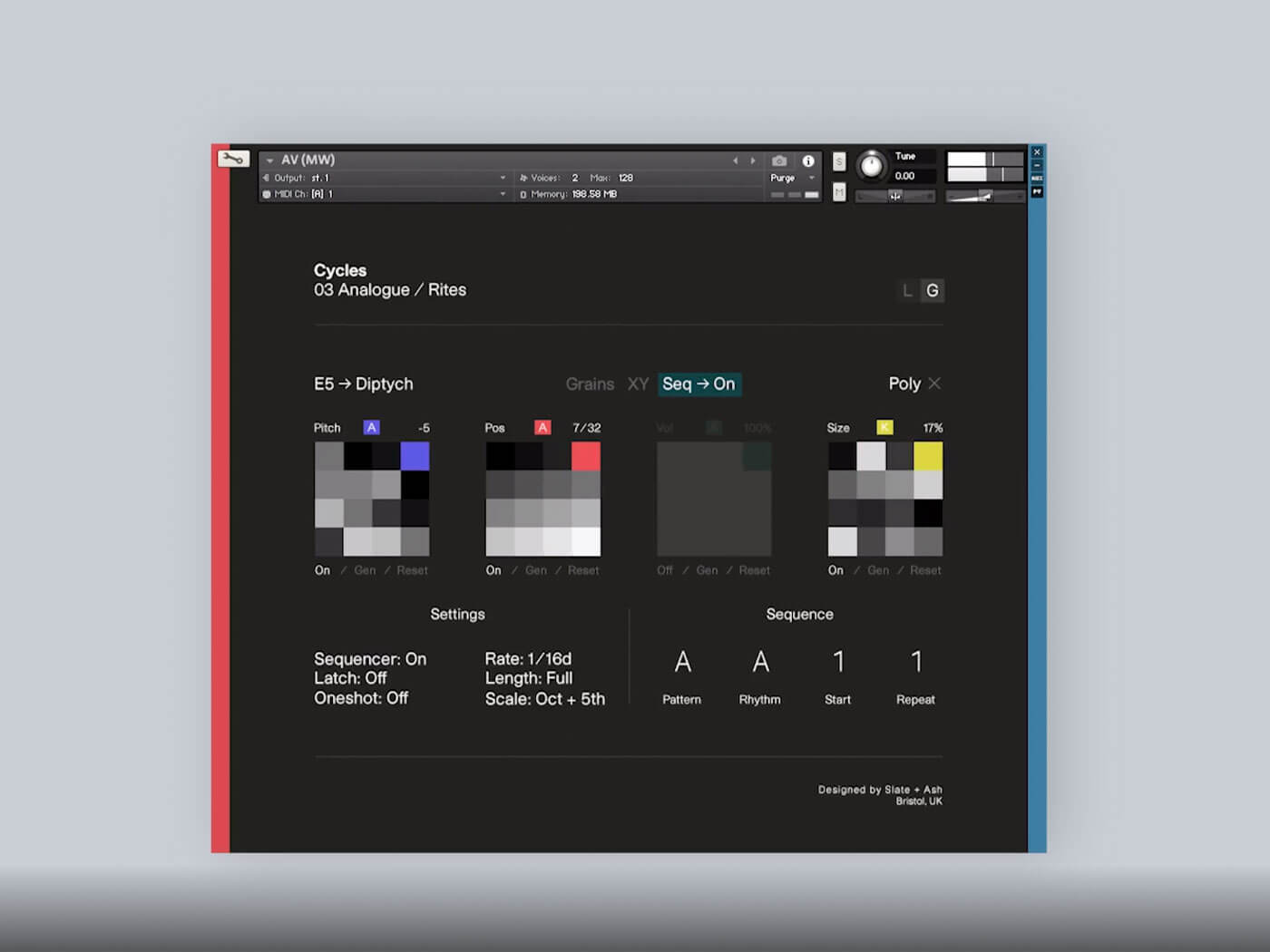 Slate + Ash, the Bristol-based sound design studio and synth developer has released a new granular soft synth, Cycles. The device allows you to manipulate loops and samples, slicing them up and rearranging them to create new, evolving sounds. Using its original Grains engine, Cycles breaks down samples to a micro level, with different shapes, pitch, volume, pan and direction being rebuilt to produce fascinating textures.

Cycles features a second engine, Loops, which is responsible for slicing and reconstructing audio into rhythmic patterns. An intuitive and quirky visual grid sequencer can be adjusted to set and alter sequences, with parameter modulation for full control, and randomisation for unpredictable results.

The granular splicing synth comes loaded with 400 loop sources which are split into six packs; Machine Drums, Modular, Analogue, Frets, Metallophones and Bowed. Cycles also comes with 100 preset engine states to get you tweaking and experimenting from the get-go. Textural presets are also included, with over 150 pads and sequences, each created from a single source loop and manipulated uses the Cycles engine. If the library of samples and presets isn’t for you, there is always the option to load in and configure your own sounds.

For swift and enjoyable parameter fiddling, four XY pads are built into Cycles, which can be used to control different elements of the granularisation. You can record in automation manually with mouse movements, or utilise the LFO to modulate the axes. Each modulatable parameters has its own assignable LFO, with a selection of waveshapes, offset phase and value smoothing for limitless parameter modulation. To take Cycles to the stage, you can utilise its four performance modes: Poly, Arp, One and Hold.

Cycles is a Kontakt instrument, which means you’ll have to download the free Kontakt Player to get it up and running. It’s also recommended to use a computer with an up-to-date CPU so there’s less issue in running this intricate synth engine.

Cycles is available now at an introductory price of £229 until 17 February 2020. Find out more at slateandash.com