It packs neatly into a laptop-sized carrying case. 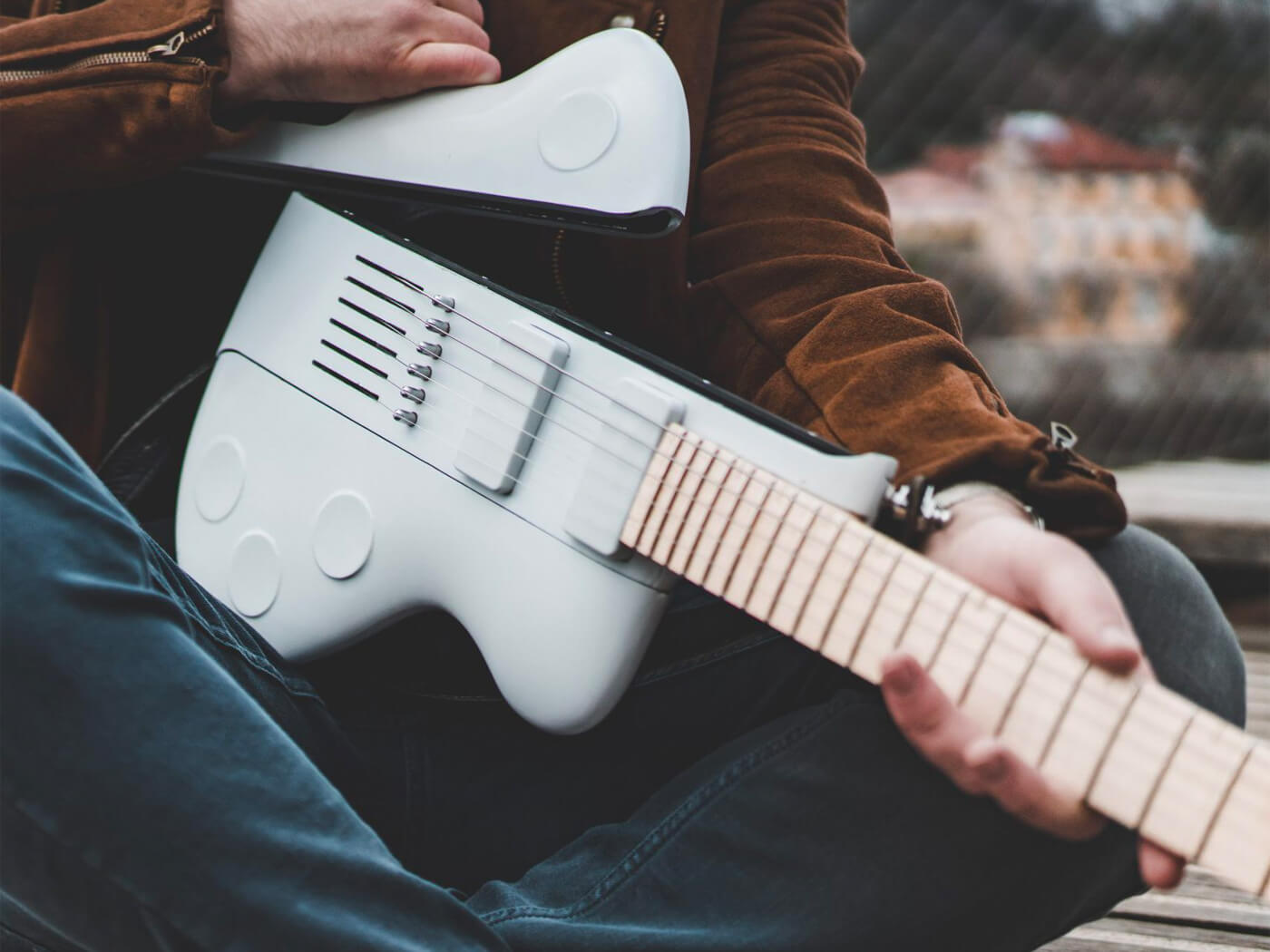 A Kickstarter campaign for the Slite, a modular electric guitar designed for travel, is now underway. The portable instrument comes from Reveho, a new instrument brand from France.

The Slite is a full-scale instrument and is made up of five modules. Its body begins with an aluminium core, onto which an upper and lower module can be connected. Its 24-fret neck collapses into two parts. As for its build materials, the body is made of recyclable glossy ABS, while the neck is maple.

Modules all fit into a laptop-sized carrying case with custom inserts that keep guitar strings loosened while travelling. According to Reveho, assembling the instrument should take roughly 20 seconds.

The lower module houses the guitar’s preamp, along with touch controls for the guitar’s pickups. In the Amp version of the instrument, the top module is outfitted with a 15-watt amplifier with a battery for six hours of playtime. For silent practice, there’s also a headphone jack.

Reveho also offers add-ons for the Slite, including a low- and high-gain version of the lower module; a secondary set of pickups, and an effects loop module that expands on the guitar’s I/O capabilities.

Hear the guitar in action below.

Through Kickstarter, the base and amp versions of the Slite come priced at €1,548 and €1,819, respectively.

Learn more about the instrument at reveho.com