NAMM 2020: Denon DJ’s new decks catapult us into the future with wifi streaming 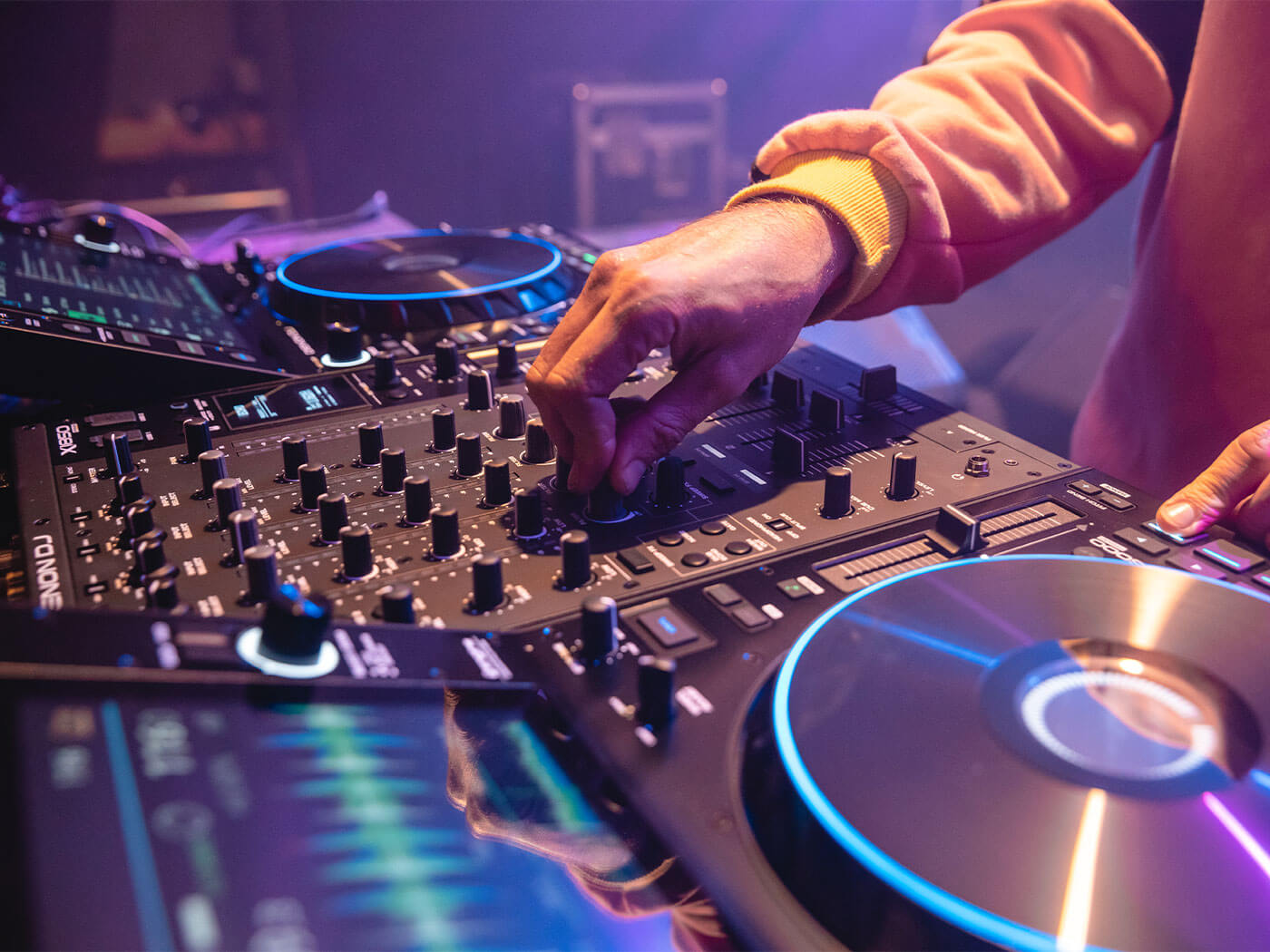 Denon DJ’s SC6000 and SC6000M Prime media players sport an HD 10.1 touch screen with gesture support. This makes organising and searching for files easier on the eyes for DJs, with filters and streamlined navigation to be more precise in finding the next track. An on-screen keyboard will also be a huge time-saver when lining up songs, plus the ability to view dual-layer playback of track waveforms. The media players run Engine OS, which is packed with useful features such as on-the-fly music file analysis, onboard track preview and “class-leading timestretch and musical key change algorithms”, the brand says. The new touchscreen will also help navigating Serato DJ Pro, which Serato DJ Pro controller mode.

Those of us who DJ at local bars and clubs are all too familiar with party-goers approaching the desks asking “have you got any Bieber?”. For most of us, the response is usually a swift “sorry, I don’t have any”, which usually suffices. We may have to come up with a more elaborate excuse from now on, as the SC6000 and SC6000M Prime comes equipped with wifi streaming, giving you access to the entire libraries of TIDAL, SoundCloud, Beatport and Beatsource. You’ll also get access to a three-month free trial subscription to TIDAL HiFi. A built-in HDD will allow you to store your own music too, potentially negating the need for all those spare USB sticks. 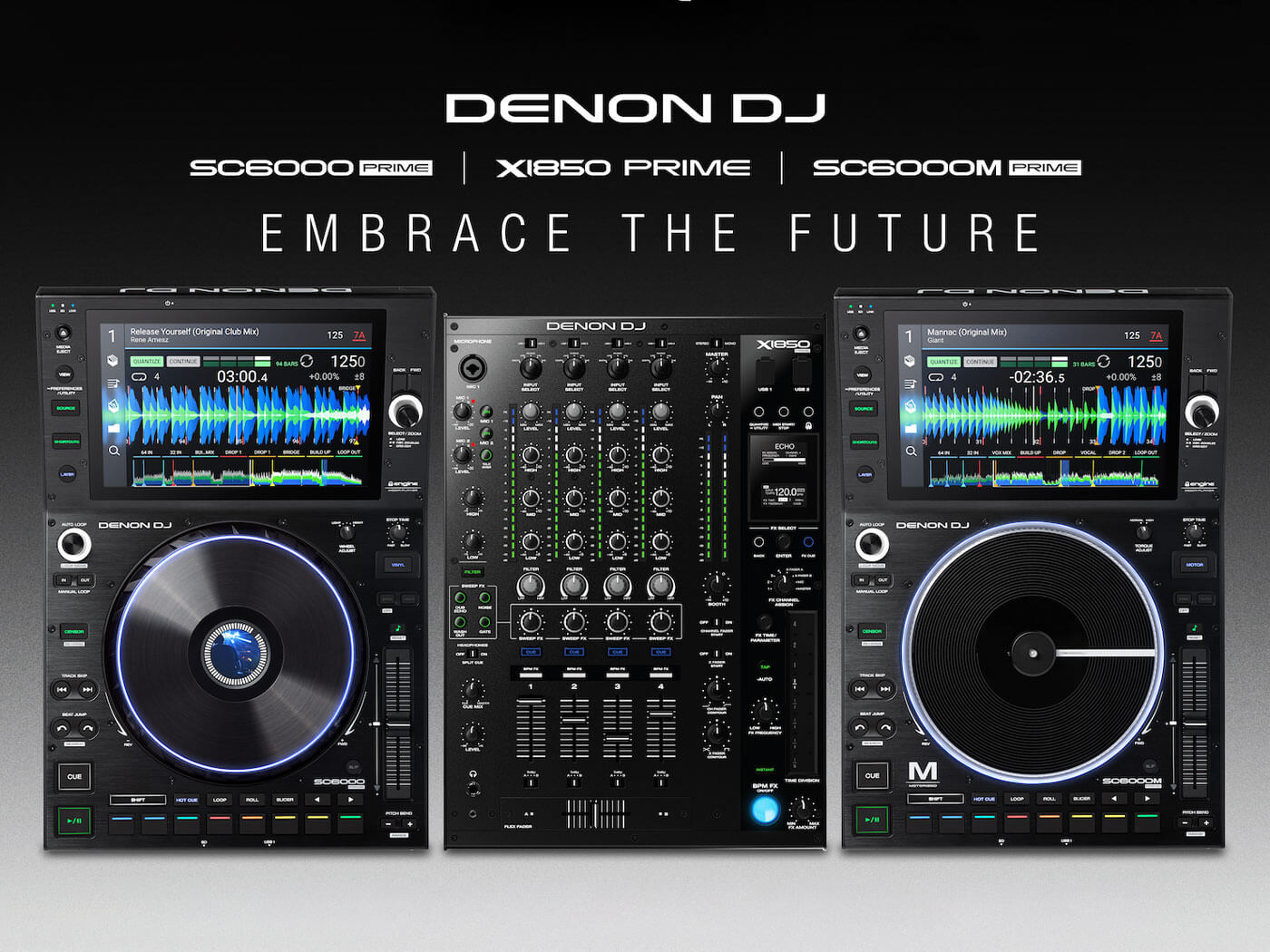 The SC6000 Prime boasts an 8.5 inch jog wheel for a large, hands-on surface area for ease-of=use, and has a smooth tension adjustment to cater for your preference. The SC600M goes a step further, with a die-cast aluminium 8.5 inch platter, featuring quick-release vinyl response. This will make turntablists feel at home due to the sensitive control, powered by a brushless DC electric motor, with adjustable torque ranges.

Denon’s DJ centrepiece, the X1850 Prime is an all-metal build four channel mixer with multi-assignable digital and analogue inputs, allowing for flexibility at any mainstage DJ gig. The high-visibility EQ section, 16 BPM effects, dedicated Filter/Sweep and new FX Quantise control should let DJs add flair to their mixing, with the ability to sculpt beat-grid accurate sonic elements. The faders on the X1850 have “positive tension, smooth throw and optimal stability” according to Denon DJ. Dual USB inputs and two dedicated mic channels add to the essential DJ workflow, with an OLED screen to keep an eye on effects parameters and customising performance options.

The prices for the new Prime series is as follows:

Later this month, Denon DJ will be entering public beta for its new versions of Engine OS and Engine Prime, which will test SoundCloud compatibility and the new Sync Manager. More can be found on that here.