Now in a free alpha, the simple tool syncs with Dropbox and Google Drive for file hosting. 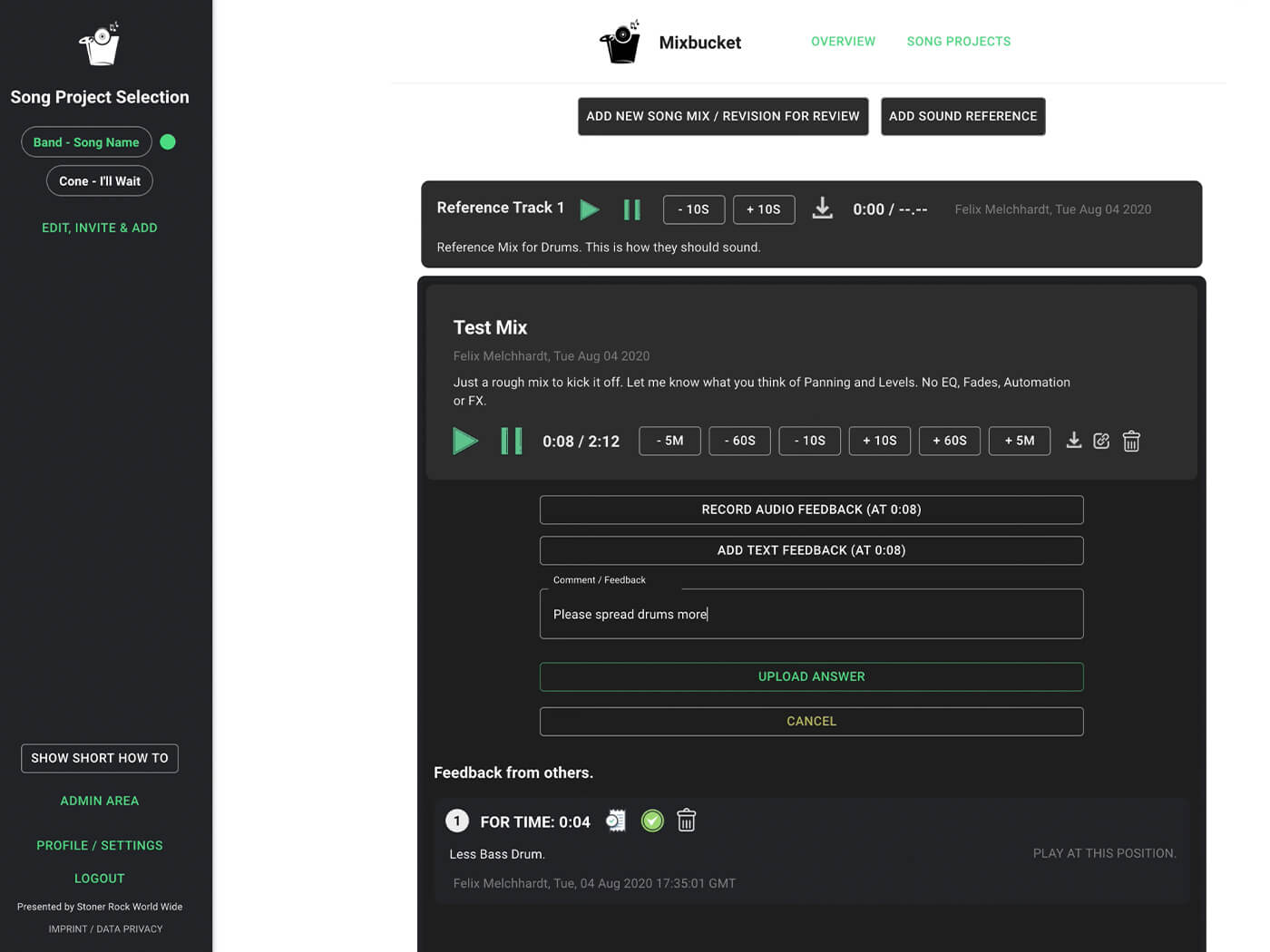 Mixbucket is an online collaboration tool that lets a team working remotely leave feedback on tracks. Now in an alpha stage, the simple tool is available to download and try for free from its website.

Mixbucket offers basic file hosting but also works in tandem with Dropbox and Google Drive. After team members get set up in Mixbucket, each is able to create projects, listen to others assigned to them by teammates, and most importantly, assign each other tasks with comments in order to streamline a track’s revision process.

Assigning tasks to team members can be performed in text or as a voice recording. Both ways are tied to the runtime of an in-app media player. After all production tasks have been written down, they can be confirmed as a round of revisions, which will be received as a to-do list by its assignee.

Check out a demonstration video of Mixbucket below.

A similar subscription based service targeted at audio production teams called Pibox was also launched this year. However, it’s a much heftier offering, including file hosting and an instant messaging platform tied in.