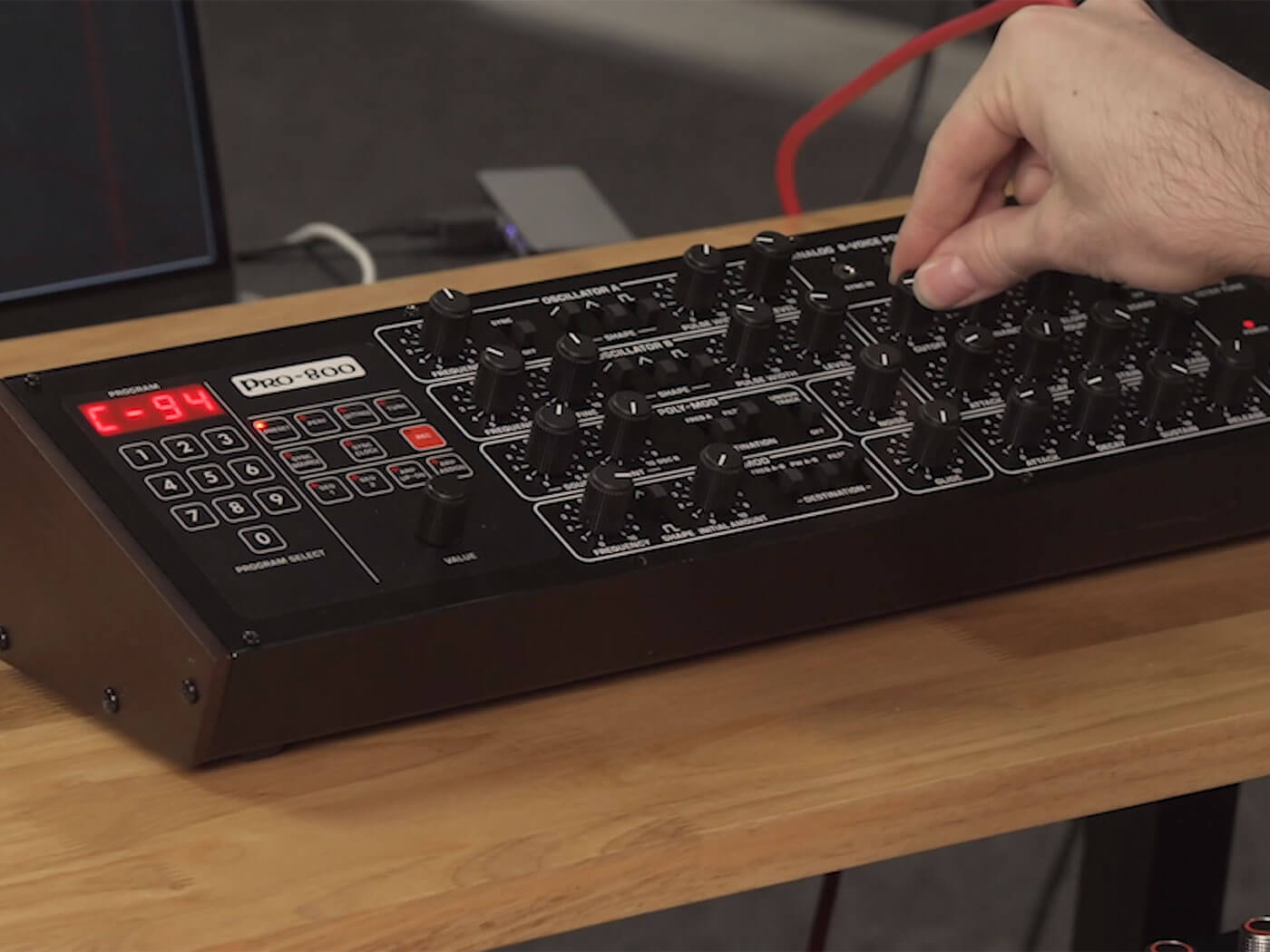 Behringer has posted a new video showcasing the sound and design of the upcoming PRO-800. The eight-voice polysynth is designed to be an affordable alternative to Sequential’s Prophet 600 of 1982, which had six voices of polyphony. Although no date has been confirmed, Behringer engineer Adam says we can expect it in the next few months.

The PRO-800’s soundboard is a recreation of the Sequential Prophet 600, plus a few modern features included on the control board. A lot of the original chips from 1982 are no longer available, so Behringer has replaced certain aspects with newer parts. Adam says this process takes longer than developing a new, original synth due to tweaking parts to produce an authentic sound.

GliGli, a synth designer known for his Prophet 600 modding, has collaborated with Behringer on the Pro-800’s firmware. A lot of his mods and features have been included in the Pro-800, so the synth may include things such as dedicated vibrato, unison detune, smoother envelope generators and more. That said, Behringer is yet to elaborate on what exact features GliGli has brought to the prototype synth.

Behringer’s compact desktop synth is compatible with Eurorack modules and sports an external filter. Velocity and aftertouch controls will let you perform with expression and a MIDI to USB interface lets you sync the synth to your DAW.

The PRO-800 is expected at a price of $599 USD, making it about $1000 cheaper than a second-hand Sequential Prophet 600 with GliGli mods. This isn’t the first time Behringer has revived an old Sequential synth. The Pro-1, released in 2019, is a dual VCO synth based on the Sequential Pro-One.