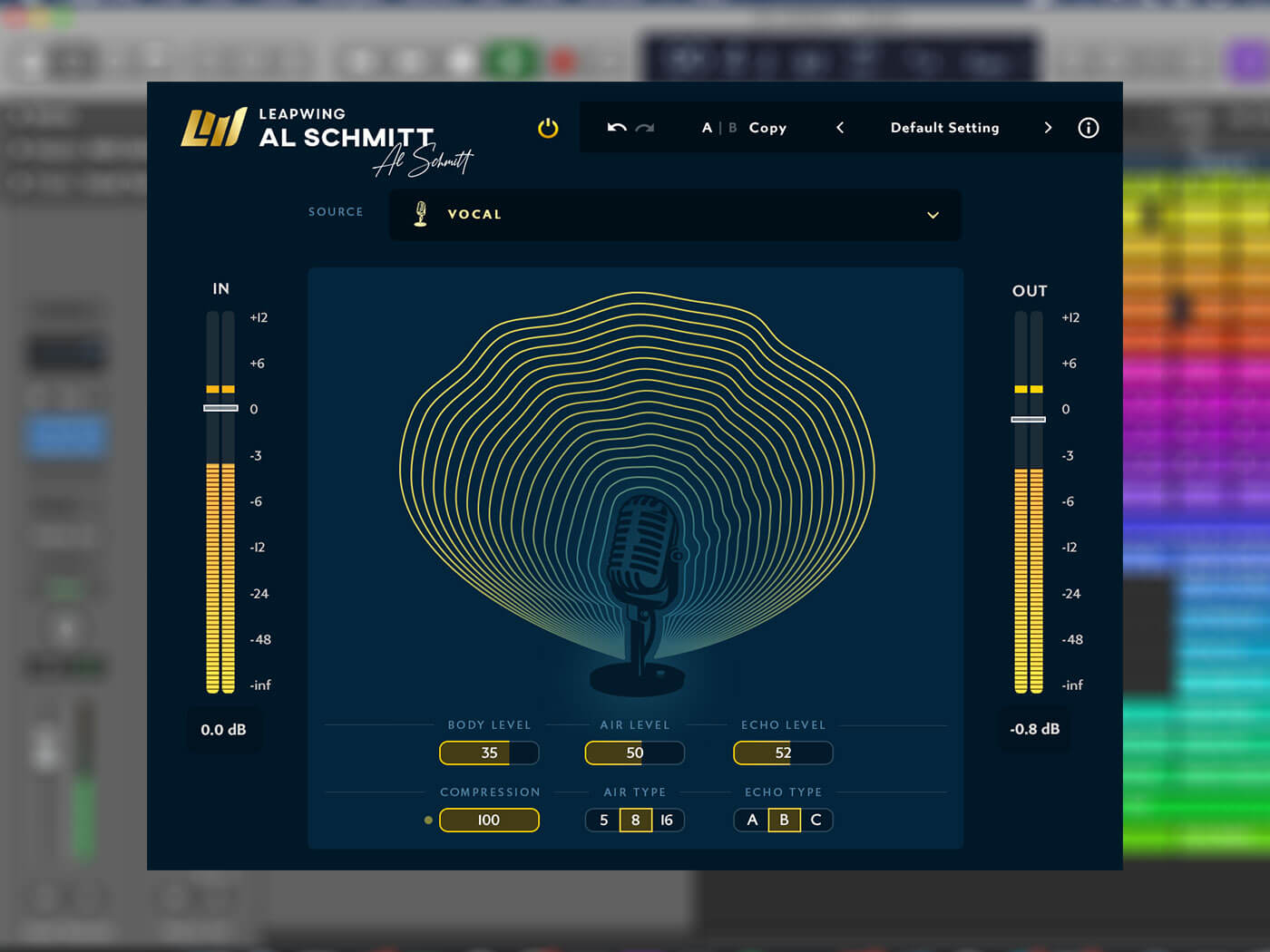 Al Schmitt has won 20 Grammy Awards in his 70 years of producing, with credits on Frank Sinatra, Natalie Cole, Miles Davis and Paul McCartney records. Now, With Leapwing Audio’s new plug-in, you can harness his signature sound.

Created alongside Schmitt, Leapwing’s Al Schmitt plug-in was built after the developer analysed his workflow and signal chains used throughout his career. As a result, the plug-in has six profiles: vocal, piano, bass, brass, strings and mix.

Each profile is tailored to the instrument, or ensemble of instruments, it’s named after and features minimal parameters for swift fine-tuning of the sound. Leapwing has also applied carefully tuned harmonic distortion for each profile, “to give it that little extra ‘magic’”, it says.

Each profile for individual instruments contains a slider for Air level and Body level, mimicking the EQ settings Al Schmitt often uses in his mixes. For some profiles, such as vocal, you’ll get Echo level control for spatial effects, along with Echo Type. Compression can also be quickly applied with a slider, too. In ensemble profiles such as Mix, you will get Sub Boost and Air Boost, along with controls for multi-band compression.

Check out an in-depth overview in Leapwing’s video below.

Leapwing’s intention here is to bring you a collection of professional-grade patches in a clean, intuitive interface. “We want our users to get results within seconds without cluttering the UI”, it says on its site. You’ll also get a preset library to quickly dial-in a sound.

Speaking on the plug-in, Schmitt says: “Having been asked numerous times to create a signature plugin, it wasn’t until I met with the Leapwing team that I felt it was a perfect match. I love the steps they took to meticulously understand everything I do, which helped us turn this into a versatile plugin that captures the way I make records!”

Al Schmitt Signature Plug-in is available at an introductory price of £111 until 10 March 2021, with a free 30-day trial.