Slice audio to a rhythmic stutter with iZotope Stutter Edit 2

iZotope teams up with ‘stutter’ editing pioneer Brian Transeau for a streamlined plug-in approach to the effect. 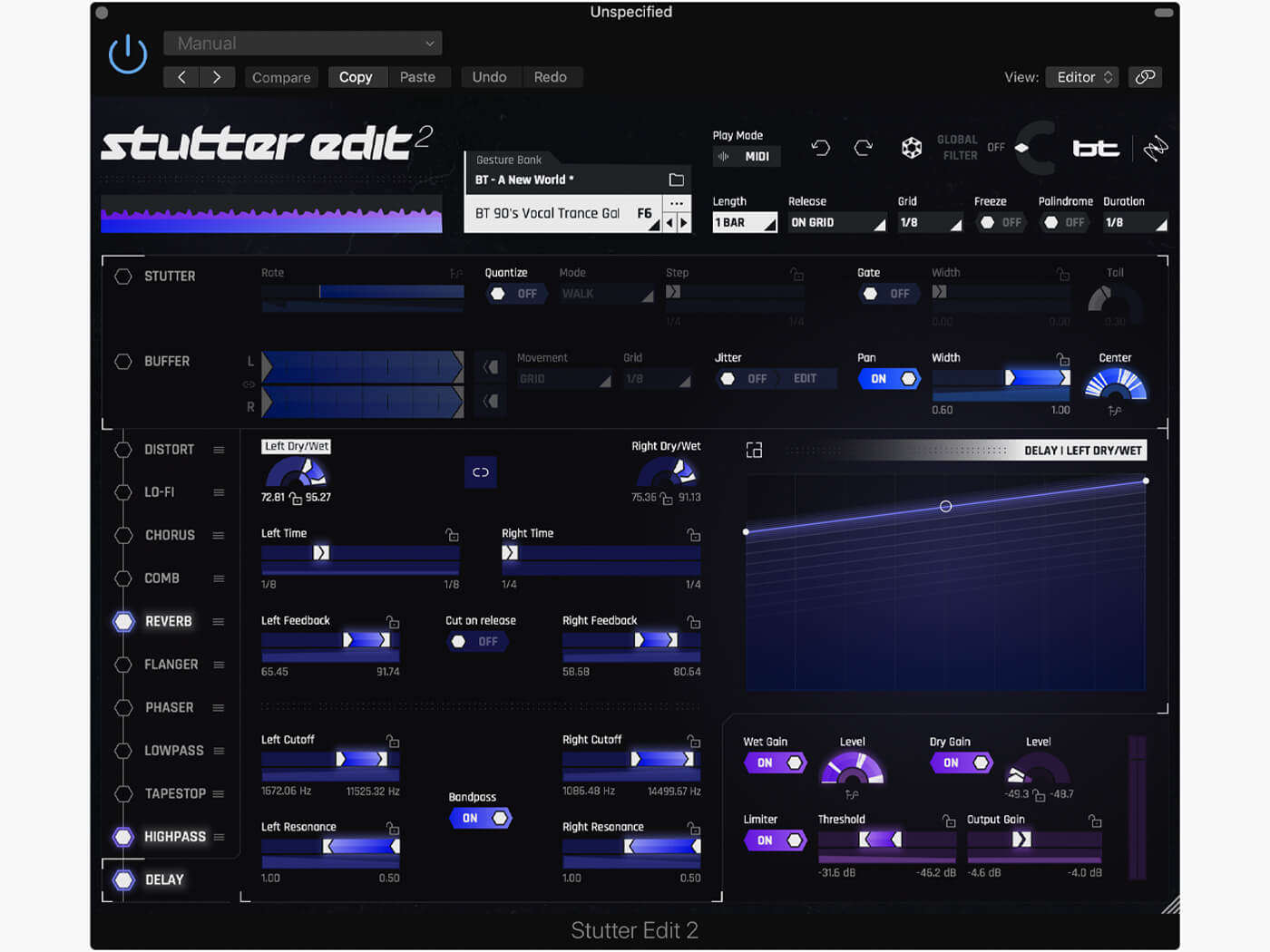 Developed in collaboration between iZotope and electronic musician Brian Transeau, widely regarded to have pioneered the stutter editing effect, Stutter Edit 2 was designed to let music-makers achieve the effect with a single button.

The plug-in works by slicing up incoming audio into fragments, sequencing them in a way that forms rhythmically glitchy sounds. This part, at least, might feel somewhat similar to Ableton Live 10’s granular synth, Grain Scanner. It isn’t just a pattern plug-in however, as Stutter Edit 2 brings along features that let music-makers customise stutter patterns and introduce effects that work in tandem with the Stutter engine.

The curve editor can be used to define stutter patterns in finer detail, and also includes 12 premade curves for achieving quick results.

Onboard effects modules, which include distortion, modulation effects such as flangers and phasers, as well as delay, comb-filters and more, can all be tied to the curve editor, allowing each effect’s parameter to be matched to tempo. These effects, additionally, can be reordered on a drag-and-drop signal chain.

Stutter Edit 2 comes loaded with several hundred presets (called gestures) that get automatically mapped out to a MIDI controller as soon as the system detects one. This, in particular, lends to the plug-ins potential use in a live situation.

In addition to all this, several auxiliary functions such as palindrome and reverse modes for auditioning patterns, a mix knob and a built-in limiter are included to make Stutter Edit 2 more workflow-optimised.

Watch Stutter Edit 2 in action below:

Stutter Edit 2 is available for purchase or rent-to-own at $199 through izotope.com. For music-makers still sitting on the fence, there’s a 10 day trial available here as well.