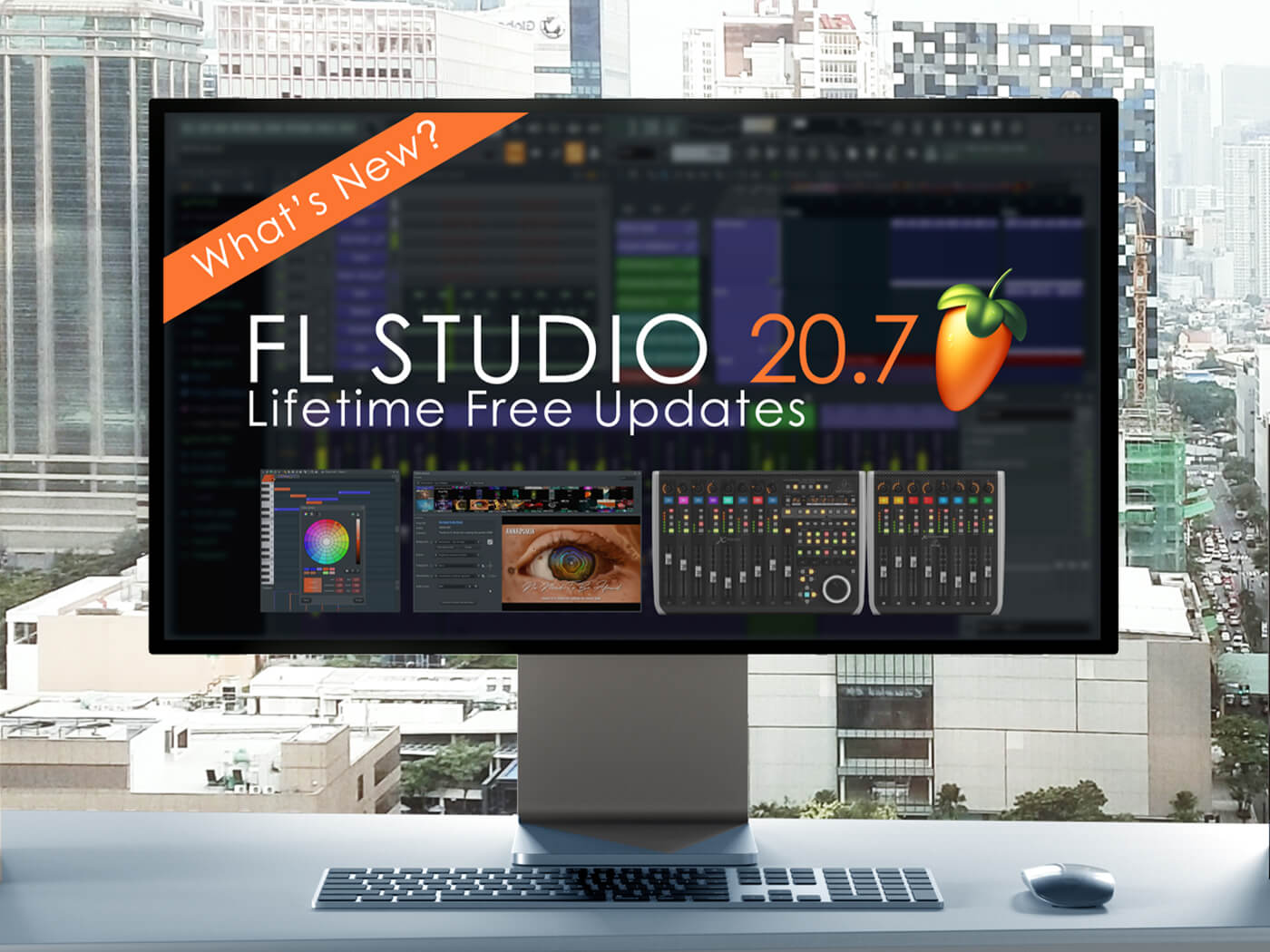 Image-Line has released the 20.7 update to Fruity Loops Studio – bringing native support for external MIDI controllers; and introducing the Advanced Visualiser, a baked-in video editor for creating web-ready music videos. Alongside this, Image-Line has launched a Visualiser Contest with a prize of $5,000 in IL Virtual Cash.

The inclusion of MIDI Scripting now affords FL Studio compatibility with external hardware controllers – which manufacturers and advanced users alike can use to write custom MIDI commands and remap pre-existing controllers. These flexible scripts are based in Python and are written via a plain-text editor, which can be brought up from within FL Studio. After changes are made to the plain-text code and saved, the script can be reloaded from within FL Studio – reflecting changes without the need to restart.

The Advanced Visualiser allows music-makers to package their tracks with videos that react to track audio. Image-Line has supplied a plethora of video templates – each ready for platforms such as YouTube, Instagram and Facebook.

Video editing features include drag-and-drop layer and text manipulation, support for various aspect ratios and up to 8K resolution, as well as integrated content from pexels.com. In addition, the Advanced Visualiser packs some live-specific functionality – namely the ability to trigger live video clips, and control DMX devices such as lasers and strobes.

FL Studio’s 20.7 update also sees the inclusion of some new enhancements and minor features. NewTime – the DAW’s Time-Warp function – has been expanded upon, now adding Transient and Tempo beat detection methods. Improvements have also been made to its colour management system, which now allows piano roll notes to have custom colours. Image-Line has also reported that this latest update sees the DAW sport and even swifter start-up time than before. Take a look at Image-Line’s walkthrough of FL Studio 20.7 below:

Entrants of Image-Line’s Visualiser Contest stand to win $1,000 in IL Virtual Cash, as well as a possible feature on the company’s social media page. Music-makers who wish to take part, can find out more, here.