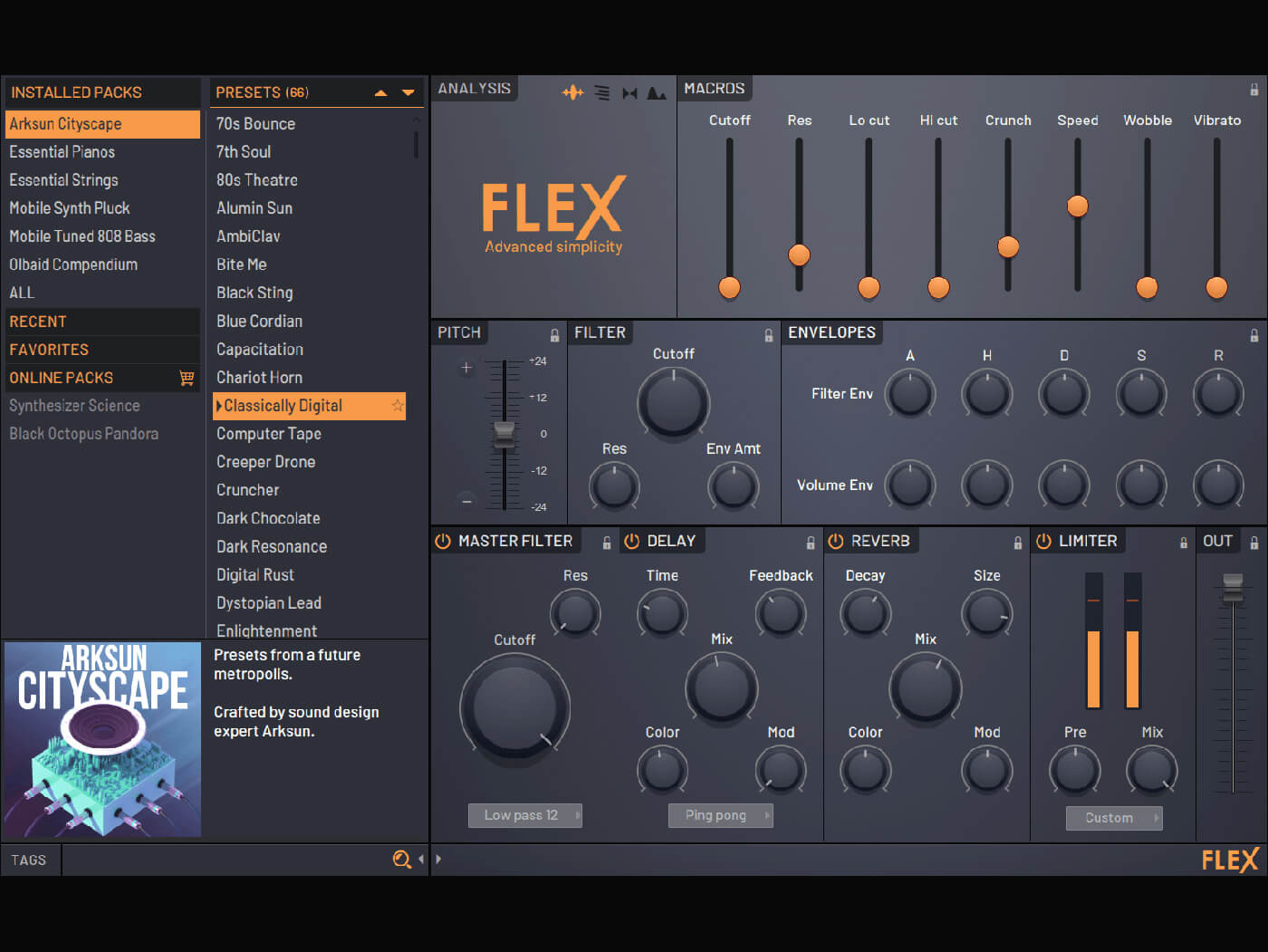 Just over a year ago, Image-Line celebrated the 20th anniversary of its flagship DAW with FL Studio 20. There have been a few updates since but the latest, v20.5, seems to be the biggest yet. Along with interface tweaks and plug-in updates, v20.5 brings with it the FLEX synth plug-in that was previously available only in beta.

As its name suggests, FLEX is loaded with multiple sound options. The plug-in features a versatile sound engine capable of Subtractive, Wavetable, Multisample, as well as FM- and AM-based synthesis. The synth sounds are consolidated into presets, and each one can be tweaked by eight automatable macros.

The presets are sorted in a browser, which enables you to access installed packs, re-download previously purchased packs, or simply buy and download new ones to play with from the preset library.

Elsewhere, FLEX boasts cool analysis visualisations, including Vectorscope, Spectrogram and Frequency histogram modes. There are also 22 filter types on offer, highlights of which include comb+ – a series of narrow band peaks – and Vowel, which is a resonant filter that makes spoken vowel type resonances.

Besides FLEX, the DAW update lets you now use FL studio as a host for VST or AU plug-ins on the Mac. You’ll also notice a ton of plug-in updates, such as the addition of free presets to both Harmless and Sytrus.

Check out the full list of updates at image-line.com.