The experimental synth features a second page with an emulated tape machine. 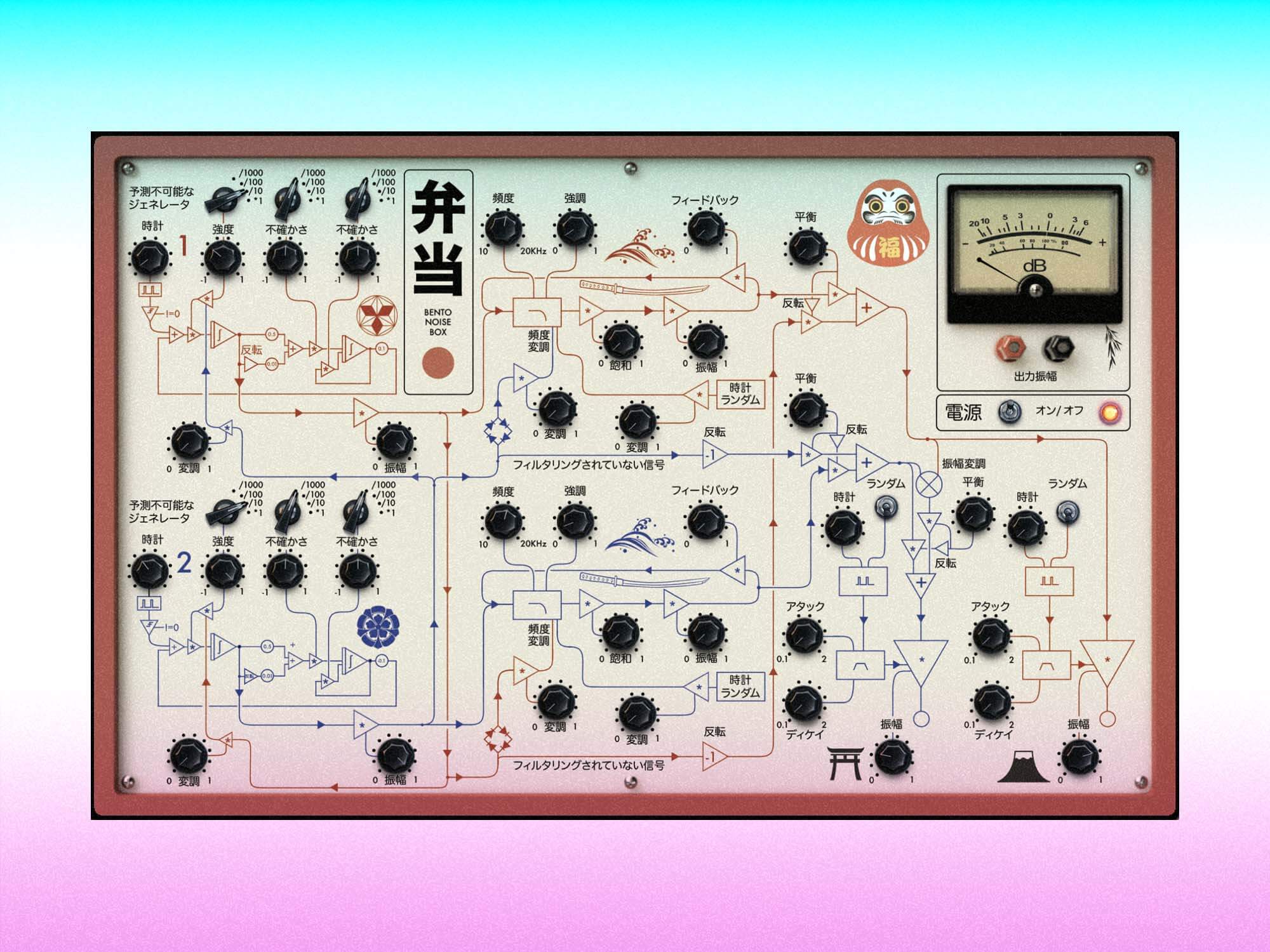 Bento’s controls are labeled only in Japanese, so unless you’re able to read the language, it’s up to good ol’ trial and error to figure out how things work. This design is intentional, according to the developer, who encourages users to explore the device with their hearing.

“Don’t underestimate the power of not knowing,” Sancristoforo wrote in the manual. “Explore, don’t be shy, after all it’s not important to know the functions by memory, if you use your ear.”

The synth breaks down into two very similar red and blue signal paths made up of a sound generator, filter, amplifier, envelope shaper, and on the blue signal, a ring modulator.

The sound of Japanoise is characterised by harsh gain staging and hard routing to induce feedback. Genre lumineers such as Merzbow, Government Alpha and Koji Tano would often use guitar pedals, small mixers and other devices to accomplish this.

On Bento, users can access feedback networks in its low pass filter to let signals feed into themselves, and access a distortion control to dirty up signals.

Hidden beneath the main panel of controls is a secondary screen for additional post processing. The tape recorder page lets you add emulated analogue saturation, noise, wobble and more glitchiness to your overall sound.

All these features are wrapped up in a playfully designed UI that harkens to 80s electronics from Japan. The experience is sort of like receiving a Super Famicom for Christmas with Japan-region games: you simply have to push buttons and have a little fun with it.

Bento is available now for 19.50€ and runs only as a standalone app on macOS (That’s right, there’s no VST version). According to the developer, a Windows version is coming too.