Watch: Take a look inside the making of a modular synthesizer custom-designed for Tool’s Danny Carey

The hand-made toolbox was expanded to include twelve independent voices, six new HP modules and a Plan B attenuator for the band’s live shows. 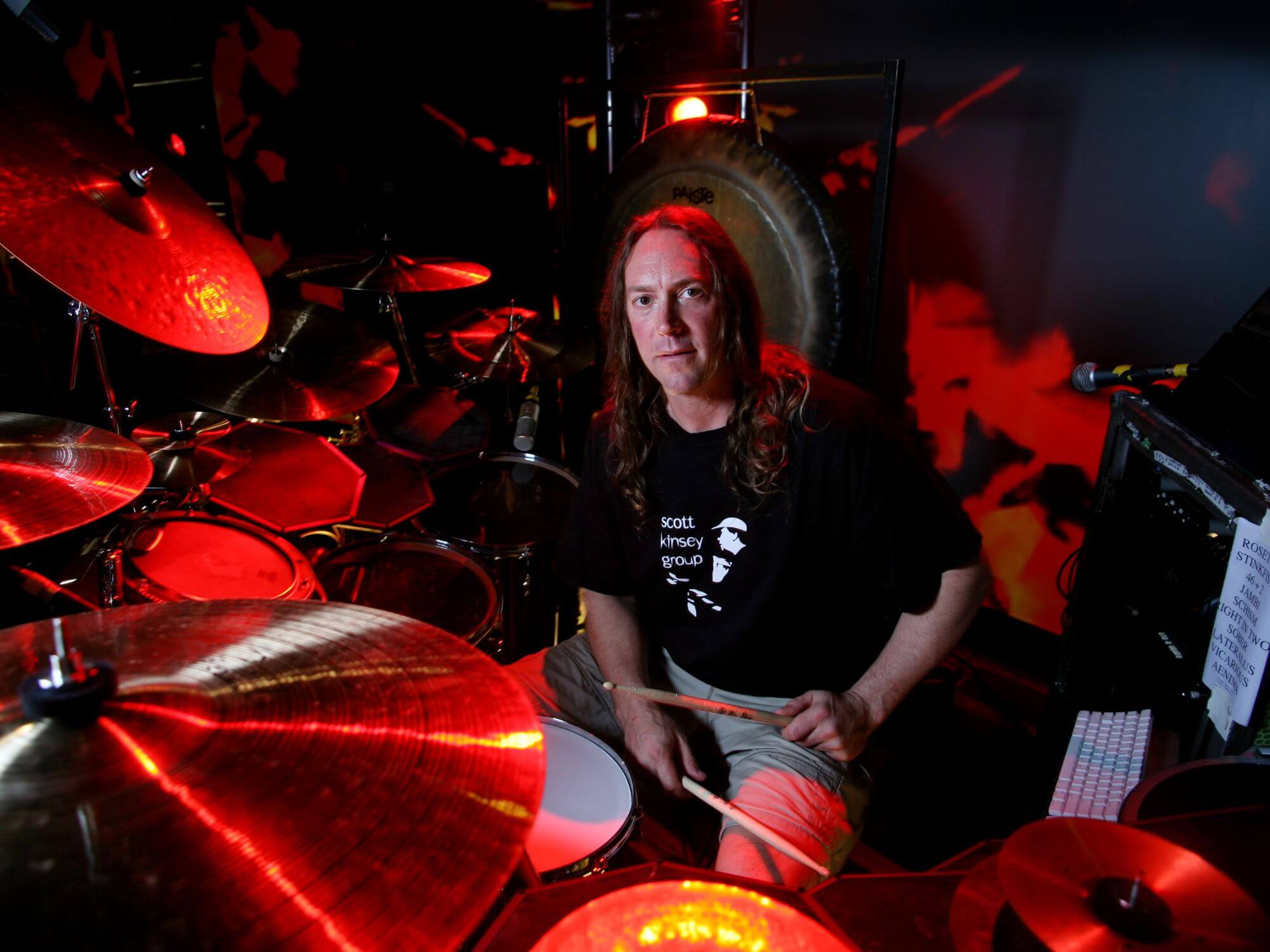 Module designer, composer and synthesist Peter Grenader has shared a video showing how he built a custom-made modular synthesizer for renowned Tool drummer, Danny Carey. In the footage, Grenader reveals how he assembled the unit over two months, showing the toolbox in action.

In the YouTube video, the composer shares his process for creating the live modular synth rig, “detailing the journey” of how he assembled the unit and incorporated elements, including the 1010 Music Micro Bit Box, a Doepfer A-148 sample and A-180 Passive Mult and a range of twelve independent voices.

Supposedly taking two months to complete, Grenader worked alongside Carey to complete the unit’s redesign and reconstruction, in which he expanded the system for their series of live shows.

Doubling the initial number of voices previously seen on the unit, introducing six new two HP modules, a Plan B attenuator and a four HP wide low-pass gate, the developer shows his construction process. Here, he also explains how he overcame numerous issues when designing the toolbox.

An Intelligel Mini Fold, a Jones O’Tool 2, a Malekko Heavy Machinery Varigate 8 and Unity Mixers and a Make Noise Echophon are other modules included, as well as a customised two HP-wide single attenuator for Carey’s Nebulae.

“It took two months to complete. It was a lot of fun and thankfully I was working with Danny Carey, who will make no concessions for quality,” the composer states. “We were able to use the best components available to make sure this is repeatable, reliable and [has] acoustically silent balanced outputs, a totally efficient power system and now the capability of producing twelve independent voices which can be synced or run freely.”

Grenader has built a reputation for an extensive list of collaborations with electronic musicians including the likes of Steve Roach and Miles Richmond. Having graduated from Calarts with a degree in Music Composition, the synthesist founded Electro-Acoustic Research – one of the early Eurorack manufacturers.

Looking back at the finished unit, Grenader reflects upon the work put into the toolbox by both himself and Carey, stating: “Neither Danny [or] I like to keep things the same for too long and I suggested that we add some modules to increase the system. […] Was it worth it? For one of the most admired drummers in the world and the thousands of people that see him nightly — yeah, I think so.”

Watch the full video by Peter Grenader below.