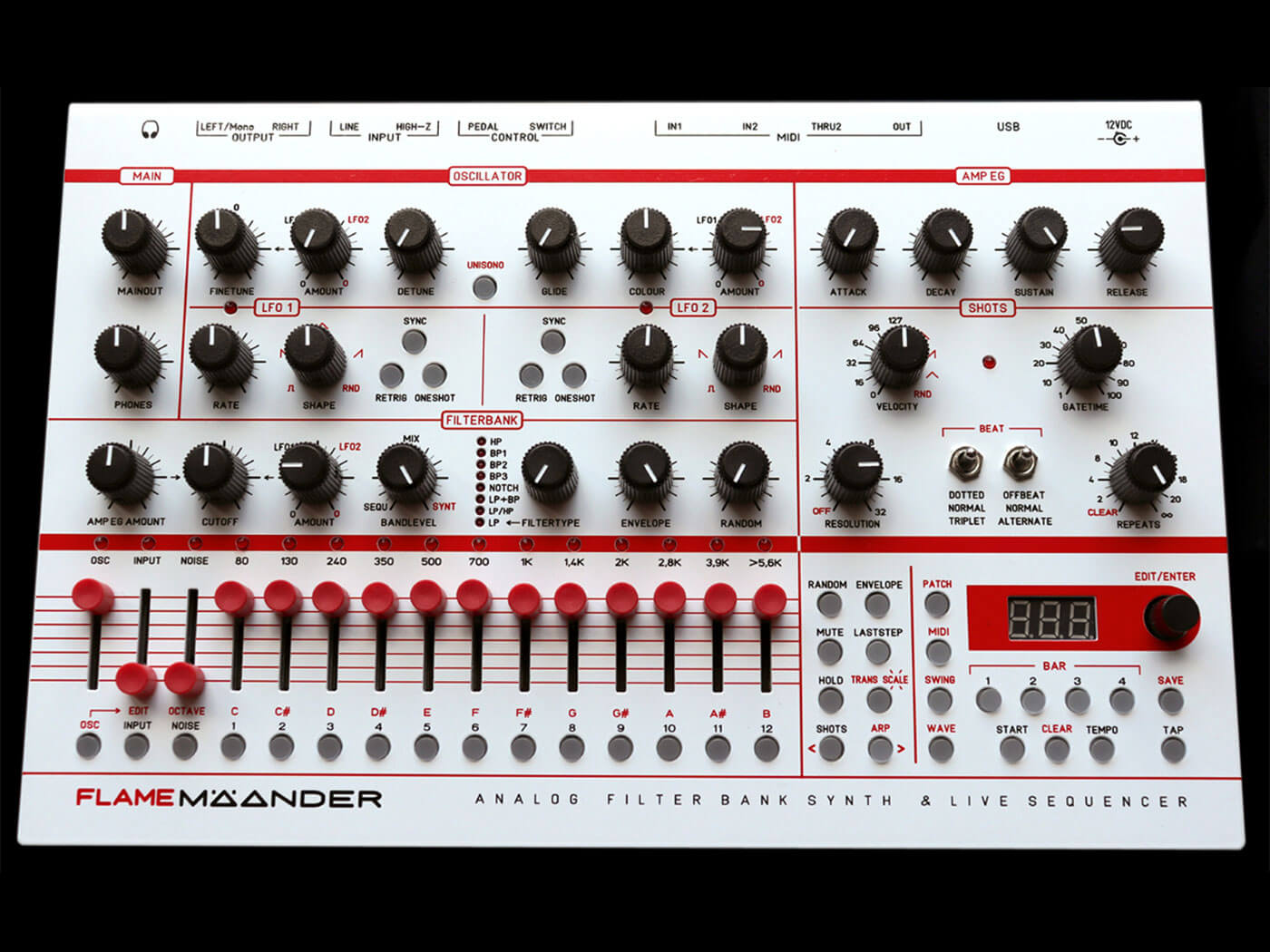 Mäander is most recognisable for the 12 channel bandpass filterbank that occupies the lower part of the front panel, with each channel controllable by the internal sequencer. Fully analogue and quite unique, Flame’s synth gets a firmware update with an expansion on its wavetables, now offering a further 39, plus an FM algorithm for those metallic, resonant sounds.

The free version 2.0 update lets you control the new FM bank with colour and detune knobs, and can be played in four-voice like the rest of the wavetable banks. Also new in the update is the option to detune eight voices to create huge chorus-sounding effects. Previously this was only available in unison mode.

Mäander 2.0 has improved its LFO-Sync display to show the divider value, the reset of synchronised LFOs and more.

No release date has been specified, but Flame Mäander 2.0 will be available as a download soon via the Flame website.

Find out more at flame-instruments.de