Route all your sounds through an iconic 60s speaker cabinet. 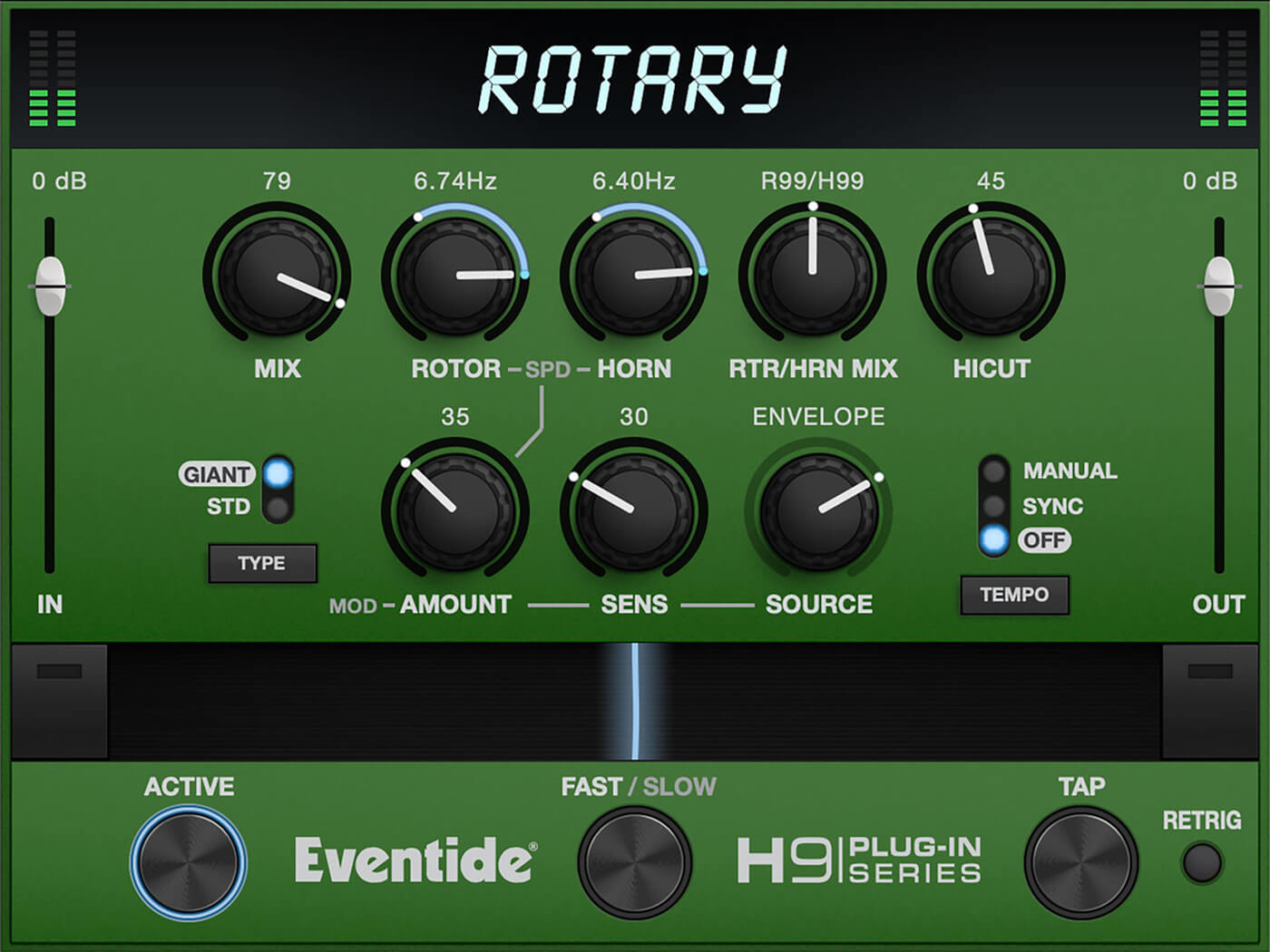 After announcing Rotary Mod for iOS at last year’s AES, Eventide Audio has now made a desktop version of the Leslie Cabinet software emulation. The Leslie’s electro-mechanical rotating horn found a home in Hammond organs but became a unique tool for a range of other instruments since its release in the 1940s.

Eventide’s Rotary Mod produces a pulse-like vibrato effect, altering the modelled speed of rotation, along with a selection of parameters that offer precise control on the amount of movement. The plug-in also has features that go beyond the capabilities of the original hardware speaker; you can alter the speed of the rotor and horn independently thanks to an LFO with selectable modulation source.

Two sizes of the virtual cabinet can be switched between Standard or Giant, and a Hicut control lets you shape your sound to taste. The rotation can be either manually set with a dedicated Tap Tempo or synced to the BPM of your project

Rotary Mod’s Ribbon control lets users sweep effects between two different settings of any combination of controls. The plug-in comes preloaded with presets that let you quickly get inspiring patches, with a Mix Lock function that keeps the wet-dry mix constant while auditioning different presets.

“Notably used by The Beatles, Beach Boys, The Band, Cream and Pink Floyd, this iconic emulation brings that classic ’60s whirling modulation bliss into the 21st century on a laptop or the palm of a hand”, Eventide says.

Rotary Mod for Mac and PC supports VST, AAX, and AU plug-in protocols. Priced at an MSRP of $99, Rotary Mod is available for an introductory price of $39 through May 31. Find out more at eventideaudio.com