The vacuum-tube equipped series sees the inclusion of some drone-friendly modules. 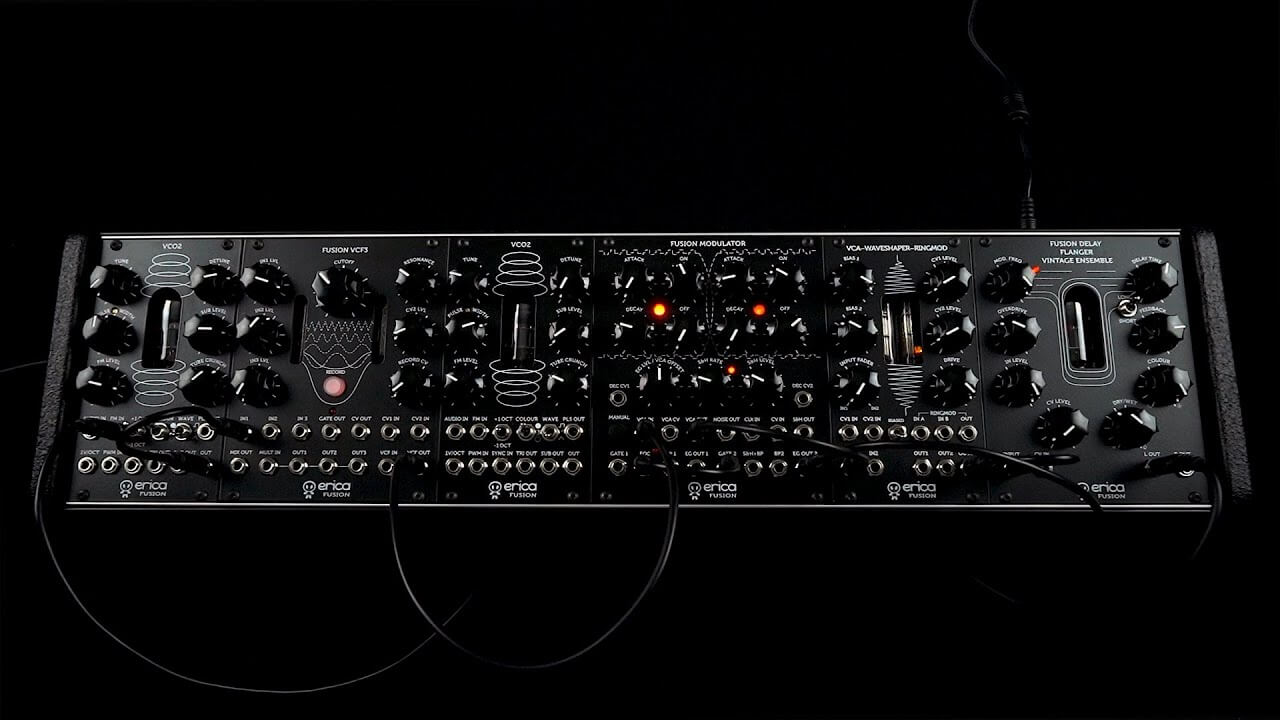 Also included is a 104HP One Row Skiff case (with or without a lid) and 20 patch cables. The VCO2 and Fusion Delay modules have been around for a little while, so what else is new to the Fusion System II collection?

The Fusion VCF3 is an analogue, 24db/octave low-pass filter that employs a vacuum-tube and vactrol circuit to offer distinct, soft filtering. To provide greater versatility, it’s equipped with an independent audio mixer, and buffered multiple for splitting audio and CV signals, while also offering some deep tools for designing advanced modulation patterns.

Because of the module’s use of the light-dependent vactrol, it’s subject to the lag that the optocoupler is known to have. As such, the module doesn’t support audio rate modulation, as its maximum modulation frequency sits at 10Hz.

Although the name of this module doesn’t quite roll off the tongue, this module is capable of some serious modulation. It can operate as a regular VCA, but “most of the power of the module is in its advanced modulation capability”, Erica Synths says. The fully analogue module features two CVs that can be applied to different stages of the VCA simultaneously. The built-in ring modulator, manual VCA bias control and manual overdrive open up some heavy sound design options here.

Erica Synths’ Fusion Modulator is a versatile modulation source of all-analogue design. It’s broken down into blocks: two looping envelope generators – inspired by the functionality of the EMS Synthi – with simultaneous unipolar (0V to10V) and bipolar (-5V to +5V) outputs, VCA with offset control, a noise generator, as well as a sample-and-hold circuit with an internal and external clock source.

On its website, Erica Synths suggested an approach to using the Fusion Modulator for drone-type music:

“Set looping envelope generators to high frequencies and have two sub bass sound sources, use VCA to control the amplitude of the envelope signal, modulate the decay time by random voltages from S&H circuit and get ever evolving sonic awesomeness!”

The complete Fusion System II is available for purchase on the Erica Synths website at €1,950 without case lid and €2,030 with a case lid.

Learn more about the series at ericasynths.lv