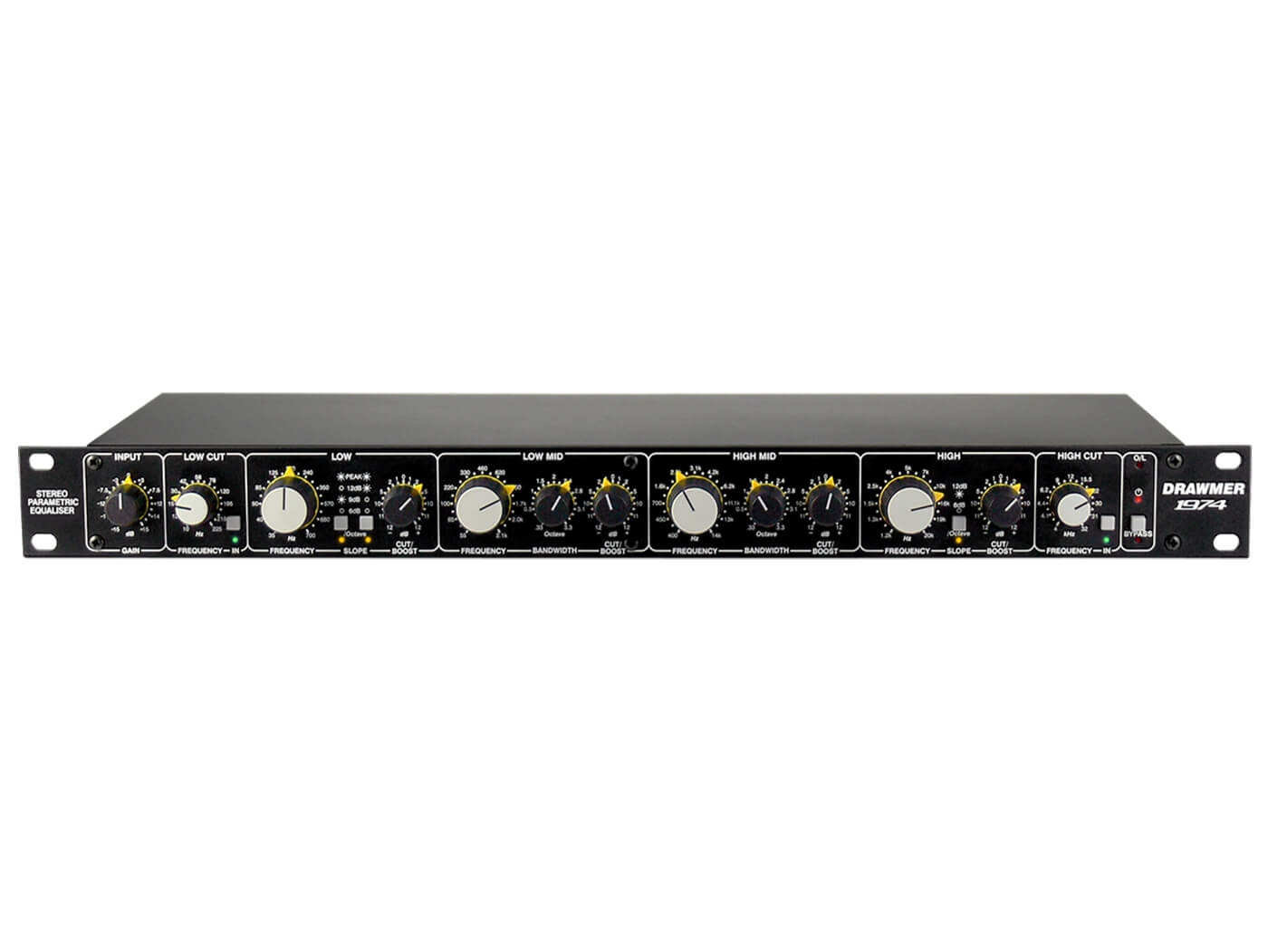 Taking its cues from 70s-era gear, this four-band equaliser is designed to do everything from subtle shaping for mastering to rigorous tone-sculpting. The device operates in stereo, with one set of controls to govern both left and right channels.

As its name suggests, this processor features extensive EQ tweakability. Onboard, you’ll find four bands – low, low-mid, high-mid and high – which can be cut or boosted by 12 dB. The two mid bands feature completely variable filter bandwidth controls, which let you fine-tune narrower parts of an audio spectrum, “apply a broad, natural sounding filter”, or both, according to Drawmer.

Besides its four bands, the equaliser also boasts variable low- and high-cut filters, which are designed to tune out unwanted signals. These are joined by a switchable slope – with a low peak setting – that helps to tweak the focus and magnify the bottom-ends.

This unit draws from the brand’s DC2476 Digital Master Processor. It features all-analogue saturation and stereo width adjustment, which can be used to add character and colour to your recordings.

Central to the device are three independent bands: low, mid and high. These can help you to pull out the bassline, enhance vocals, and dial in presence and grit without disrupting the mix’s overall balance, according to Drawmer.

Additionally, the three bands can also be used to adjust stereo width. Doing so, as the brand claims, increases the presence and depth of your mix.