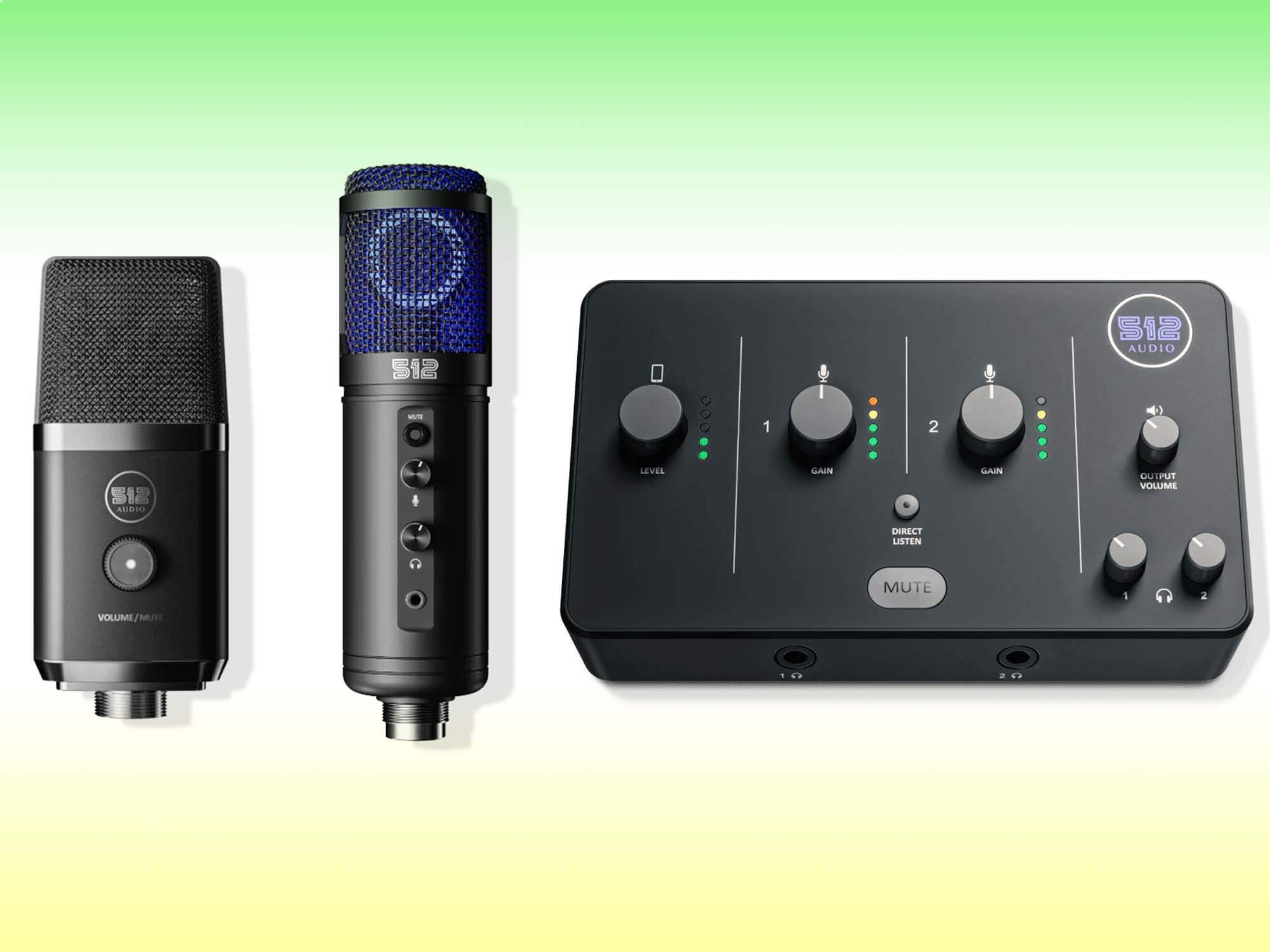 CES 2022: 512 Audio has shown off two USB microphones and an audio interface designed with the intent of “streamlining” audio production for content creators.

The three products include the brand’s very first USB microphones, Script and Tempest, as well as the 512 Audio Interface.

Both the microphones are said to draw inspiration from microphones by parent company Warm Audio – which in themselves are reproductions of some very recognisable studio stalwarts.

The Script is a dual-capsule USB microphone with onboard controls for gain and mute, and a sound profile modelled after Warm Audio’s WA-14 (a reproduction of the AKG C414). It features both cardioid and omni pickup patterns, a dedicated headphone jack and is said to be “optimised for voice and speech” – maybe one for streamers to look out for.

Tempest is a large-diaphragm condenser that draws on the design and sound profile of the Warm Audio WA-47Jr (itself modelled after the Neumann U47) and offers recording resolutions of up to 24-bit/48kHz. The USB-C enabled microphone features microphone gain controls, a mute control and a headphone jack with its own volume knob. It’s said to not only be capable of handling audio for podcasts and livestreams but the capture of acoustic instruments and vocal performances too.

The beginner-friendly 512 audio interface features two XLR microphone inputs with “studio-quality” preamps and an input for your phone to let you mix external audio in with your incoming signals.

Once again aimed at creators, the interface allows users to use a broad range of equipment – from microphones and keyboards to even guitars. It also has two headphone outputs with independent volume controls – especially handy to have in an interview setting.

More information on the interface, along with its price, will be revealed this coming Summer.