The synth was also used to create the carmaker’s new audio signature. 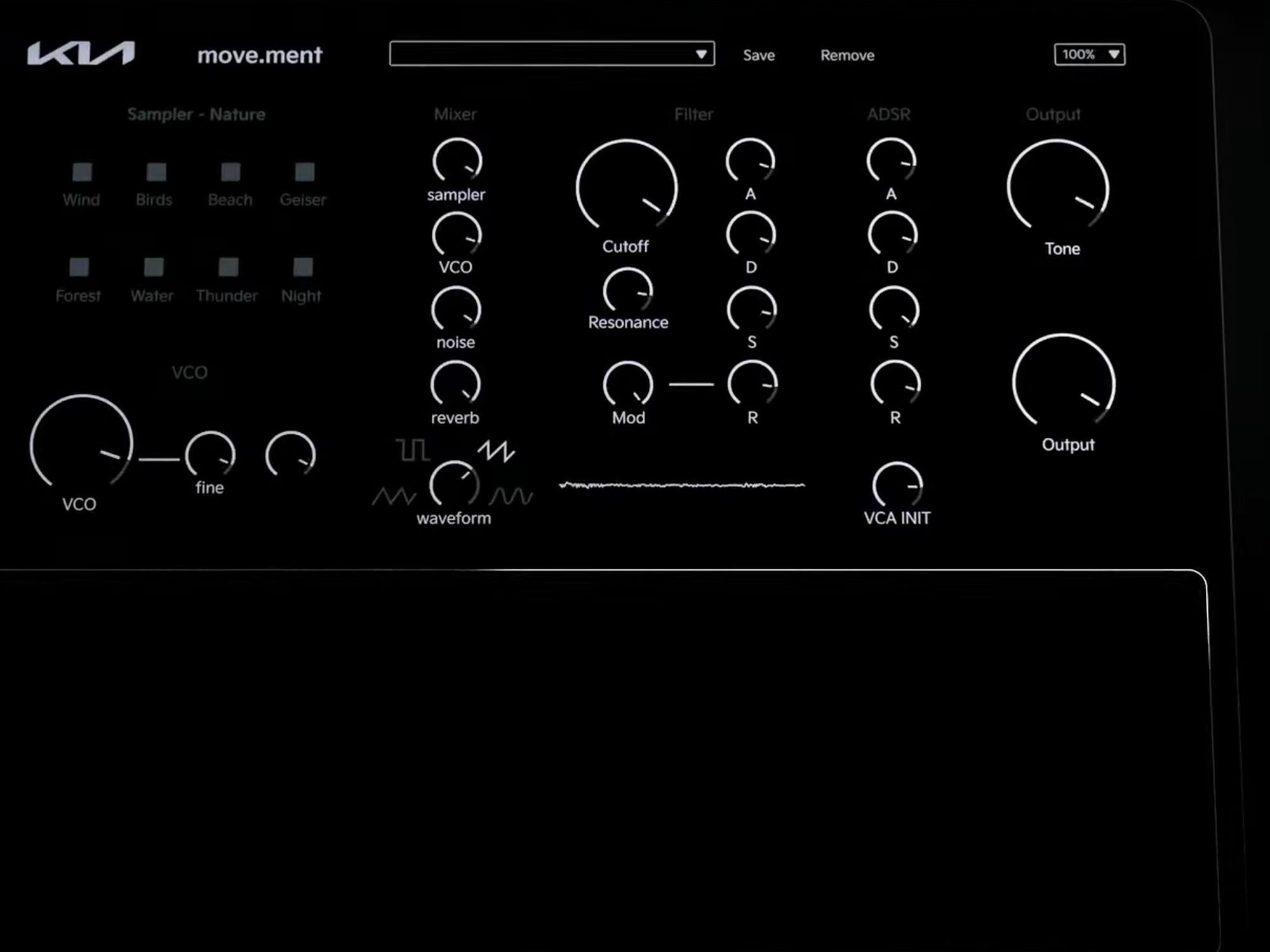 Pink noise – also known as 1/f noise – often occurs in nature sounds such as wind, ocean waves and rain, and, according to KIA, helps increase “alpha waves in the brain which activate the listener’s creative sensors”.

The carmaker sourced natural movement sounds from all over the world – from the sound of forest birds to the gentle lapping of waves at night – which move.ment users can mix together to create their own tracks using the synth. The synth was also used to create the brand’s new audio signature – which you can hear in the video below.

KIA has also posted four sets of scientific guidelines for aspiring move.ment users in order to maximise the properties of pink noise.

The first guideline is BPM, with 120BPM recommended as it synchronises with the heartbeat, following which harmonic progressions and variations should be prioritised. Melodic intervals are then encouraged to create a sense of movement in the music, which KIA notes is “associated with pleasurable longing”. The final guideline recommends making use of layering to produce texture in the music.

The move.ment synthesizer also features a VCO with four waveforms, noise and reverb gates, a seven-channel filter and dual ADSR envelopes. move.ment also features a touchpad keyboard users can use to create custom loops to save before moving on to another layer.

KIA also released a 4-track collection of music made with move.ment featuring contributions from Yeseo, UZA, JVNR and Tom K, and Gustavo Bertoni.

Additionally, the carmaker has also announced a partnership with SoundCloud to launch a documentary and podcast detailing the creation of the move.ment synthesizer. It promises to take a deep dive into the science behind it. A user submission ‘move.ment Inspires’ contest has also been announced on the platform, though details are forthcoming.

The move.ment synthesizer is free to download for PC and Mac here.