Convert any audio source into a Eurorack-compatible gate signal to drive your other modules. 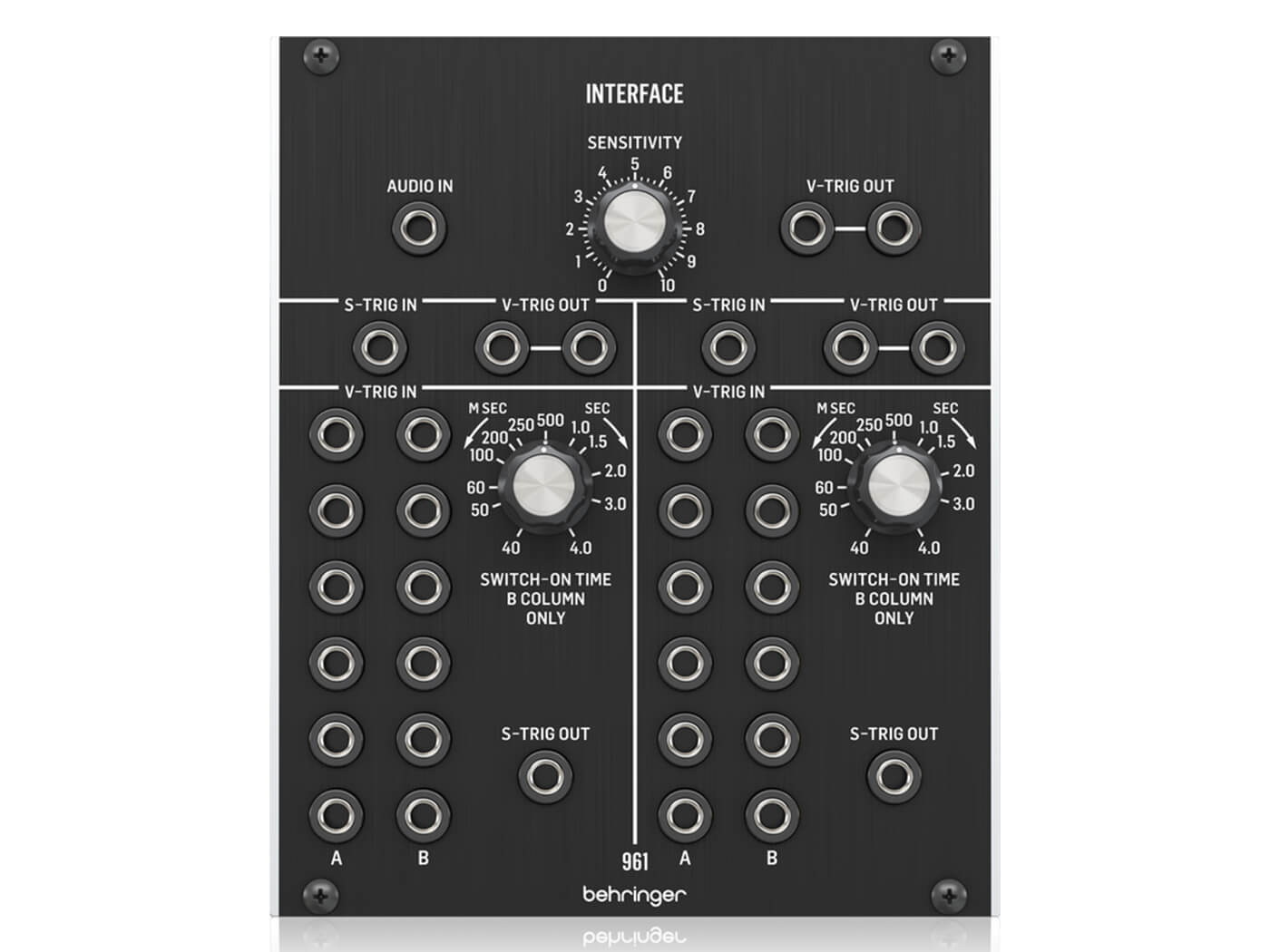 Superbooth 2020: Behringer’s 961 interface is a multi-channel trigger converter that faithfully recreates the circuitry found in Moog’s System 55 and System 15 modular systems of the ‘70s. See Behringer’s demo below:

Housed in the top section of the 961 interface is an audio-to-V-trig converter with a sensitivity knob for adjusting its threshold. This lets you convert any audio source – for example, an old drum machine, into a Eurorack compatible gate signal to drive your other modules.

S-trig compatibility is handled via two sets S- to V-trig converters, that each have two S-trig ins and one V-trig out.

In the bottom section, you’ll find the V- to S- trig converters with a total of 24 V-trig inputs and 2 S-trig outputs. These are broken up into two identical sections of 12 ins – in two columns, A and B – and one out.

A variable Switch-On Time knob allows you to manually control the “On” duration for S-trig signals – which is typically used for driving modules like Behringer’s 911 Envelope Generator.

The 961 interface comes as part of the larger System 55 that Behringer introduced earlier this year – a recreation of the Moog System 55 Modular as used on Wendy Carlos’ seminal electronic record Switched-On Bach.

The 961 interface retails at $80, learn more about it at Behringer.com