Packed with a built-in talkback microphone, handy monitoring functions and costing only $199. 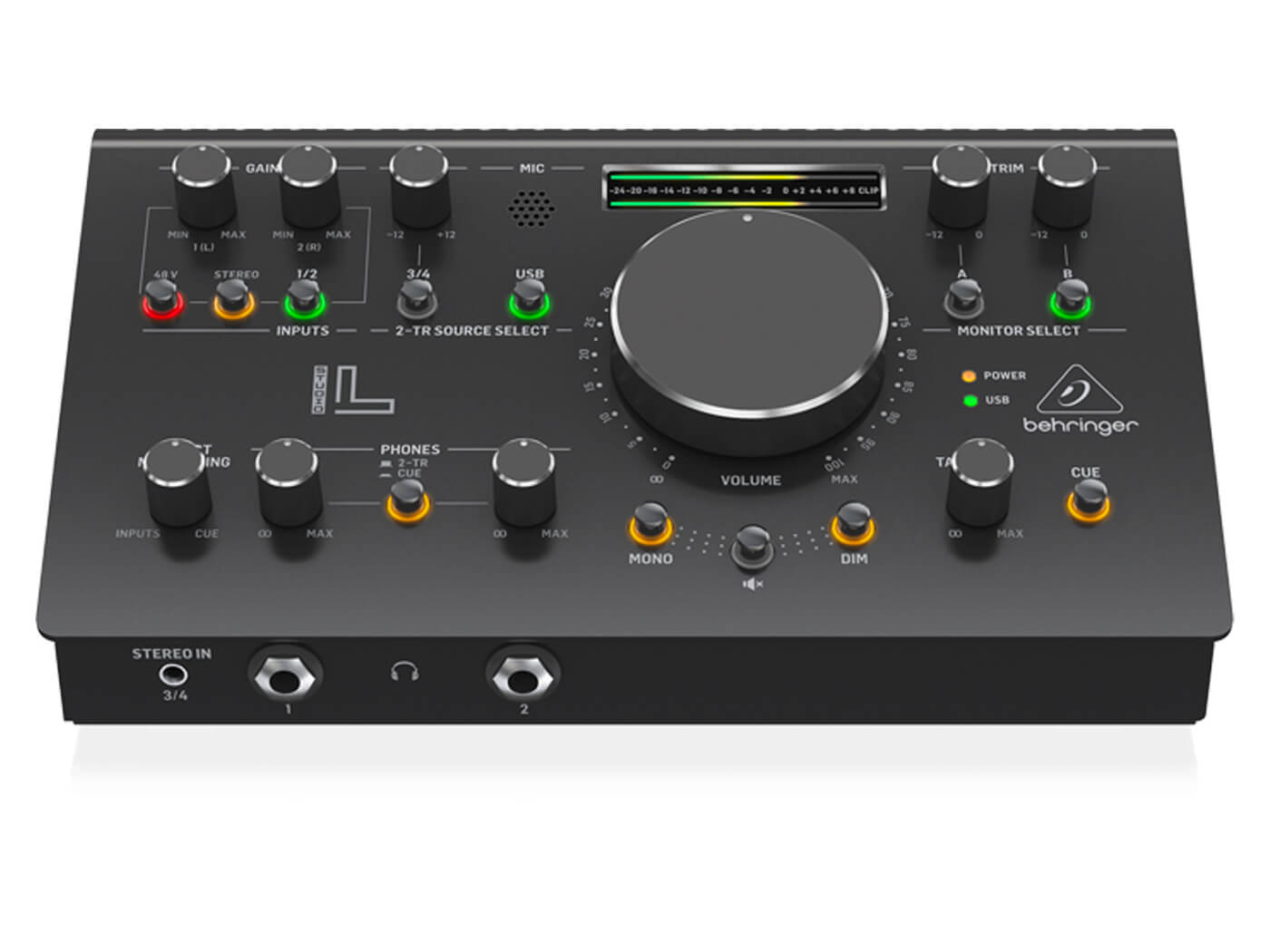 Behringer has announced the Studio L, a studio monitor controller that does double-duty as an audio interface.

The Studio L’s two main hardware features include a pair of Midas preamps and a VCA-powered volume dial. The latter, Behringer claims, offers more precise control over monitoring volumes than on the average volume potentiometer – handy if you want to be extra careful about monitoring levels.

It accommodates two separate monitoring paths with their own dedicated trim pots, direct monitoring control (input/cue) and two headphone outputs with independent volume knobs. There’s also a built-in talkback microphone with its own volume control and buttons for mono, mute and dim.

On the interface side of things, you have two XLR-1/4” combo inputs onboard taking up channels 1 and 2, as well as a 1/8-inch stereo input for 3 and 4. It supports recording resolutions up to 24-bit / 192kHz. Also, while it connects to your computer via USB Type-B, this isn’t a bus-powered interface, so you’ll need to keep it hooked up with the included power supply.

Behringer hasn’t yet announced a release date for the Studio L, but did reveal in a tweet that it will be available at $199.