The brand estimates it could sell modules at $29 apiece. 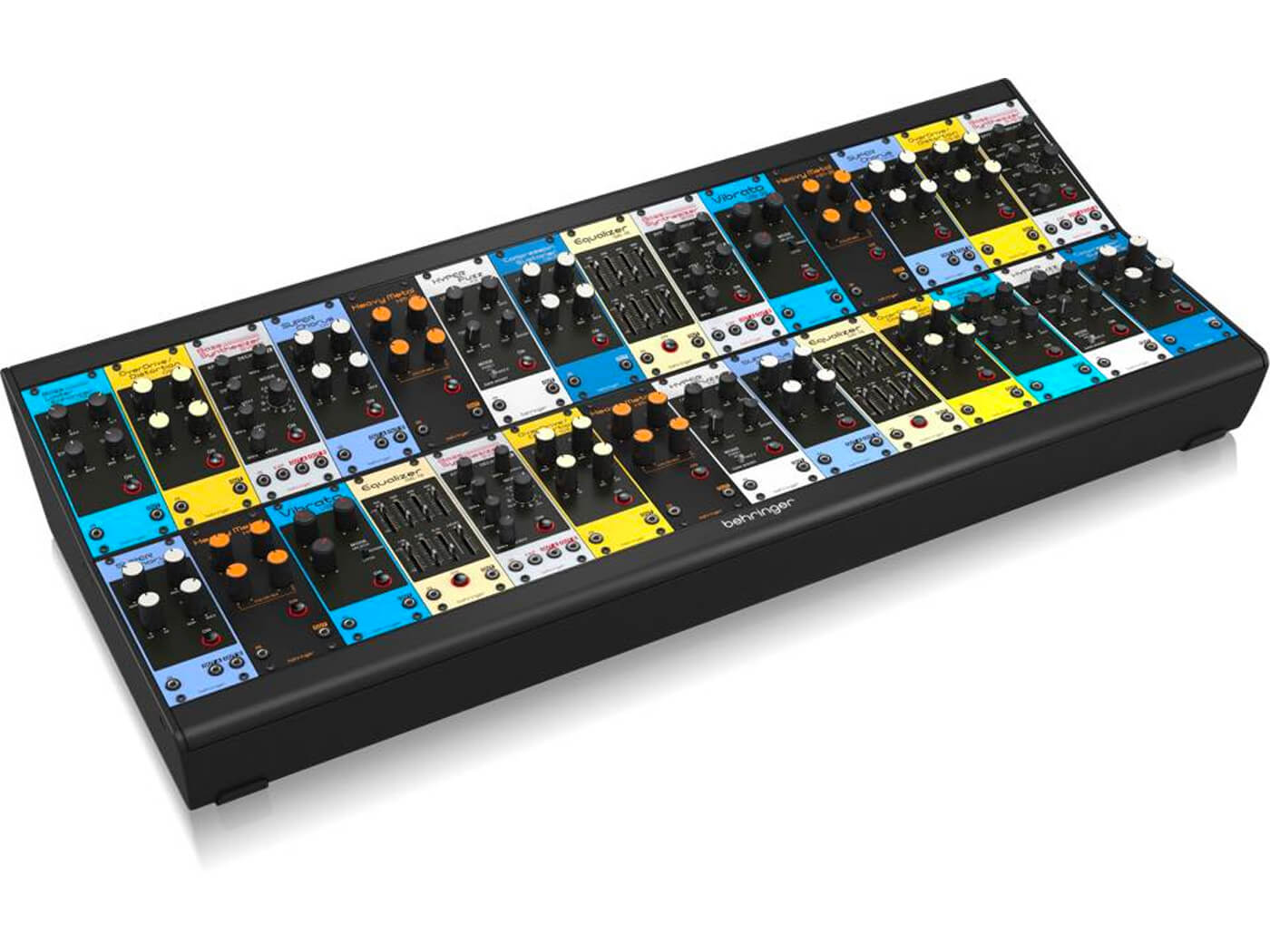 Behringer has hinted at the possibility of it bringing popular guitar stompboxes into a Eurorack format.

In a concept render shared to Facebook, the brand imagined a powered Eurorack case filled to the brim with Boss effects. “We think we could achieve US$29 per effect,” Behringer claimed in its caption. Take a look below.

Music-makers working on Eurorack and on modular systems have long been integrating guitar pedals into their setups. The benefit of this being to save on horizontal pitch (HP), particularly if an effect only serves a single specific function. Of late, more pedal makers have even been integrating CV inputs and outputs onto their stompboxes for its Eurorack and modular users.

Behringer fans have been mostly receptive to the brand’s concept render, though many did note the apparent lack of CV connectivity on modules.

Whether Behringer plans to follow through with its modular guitar effects, and perhaps tackle stompboxes from other brands, we’ll just have to see.