A bright pink percussive synth to accompany the Behringer Crave? 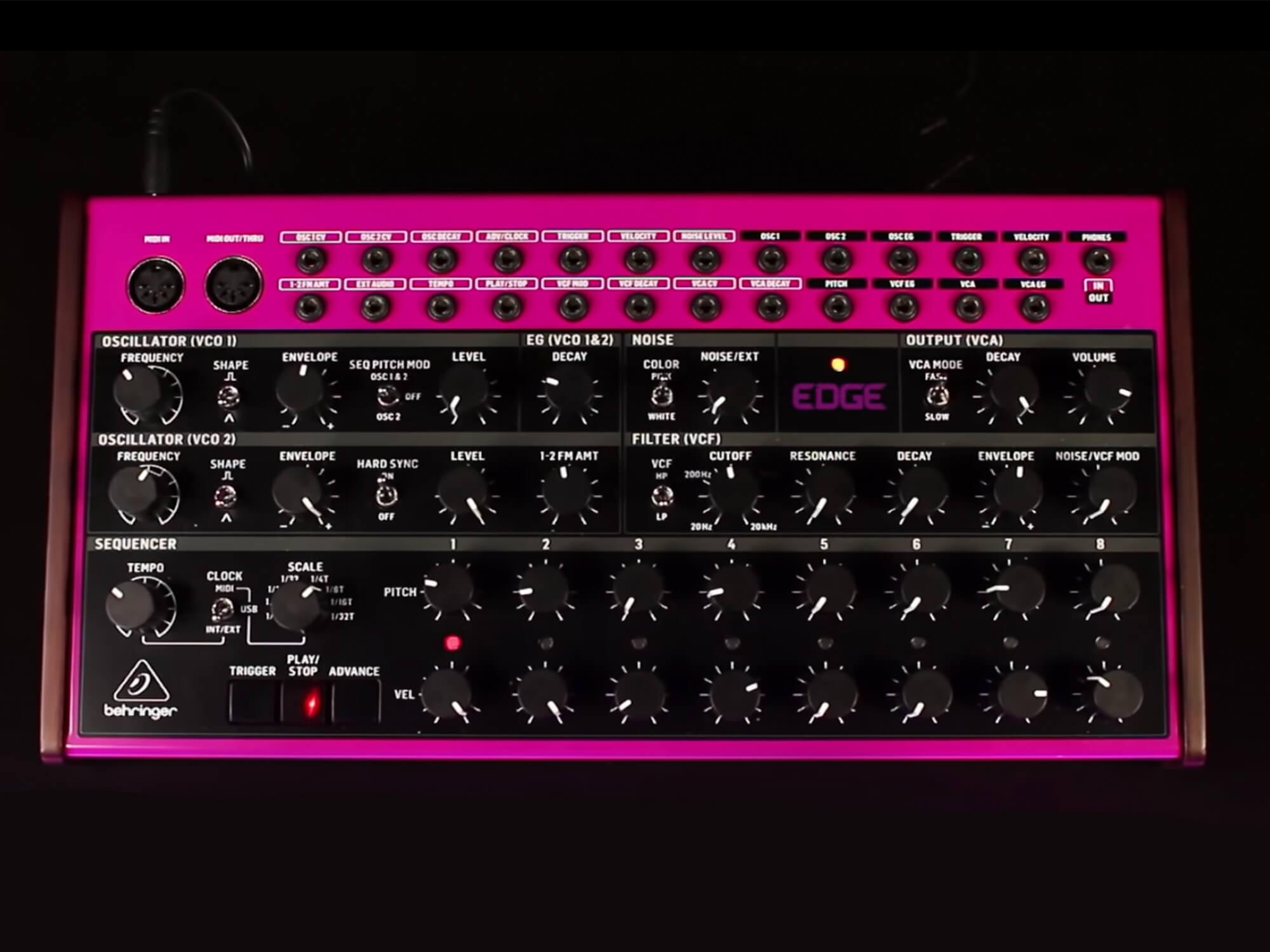 Behringer has returned with a percussive synth that seems to be a companion instrument of sorts to the Behringer Crave.

Described as a semi-modular percussion synth with a pure analogue signal path, the bright pink instrument features a form similar to the Crave, which launched back in 2019. Behringer announced the instrument on YouTube yesterday (21 October) outlining some of its key features.

The Edge will feature two oscillators with triangle and square waveforms, a noise generator with pink and white profiles, a decay envelope, high- and low-pass filters and dual eight-step sequencers with pitch and velocity knobs.

The top section of the instrument is dedicated to an expansive patch bay, which should offer loads of options in the way of sound design, or to integrate into a bigger setup.

There’s also support for MIDI via in and out ports at the back panel, as well as USB 2.0, which should give it more controllability when working in DAWs.

Check out Behringer’s introduction video for the Edge below.

The Behringer Edge will be priced for $219. At press time, Behringer hasn’t yet announced when it will be available for purchase.