New interface with Hybrid Engine lets you record using AAX plug-ins with 1ms latency, then use them natively for portability. 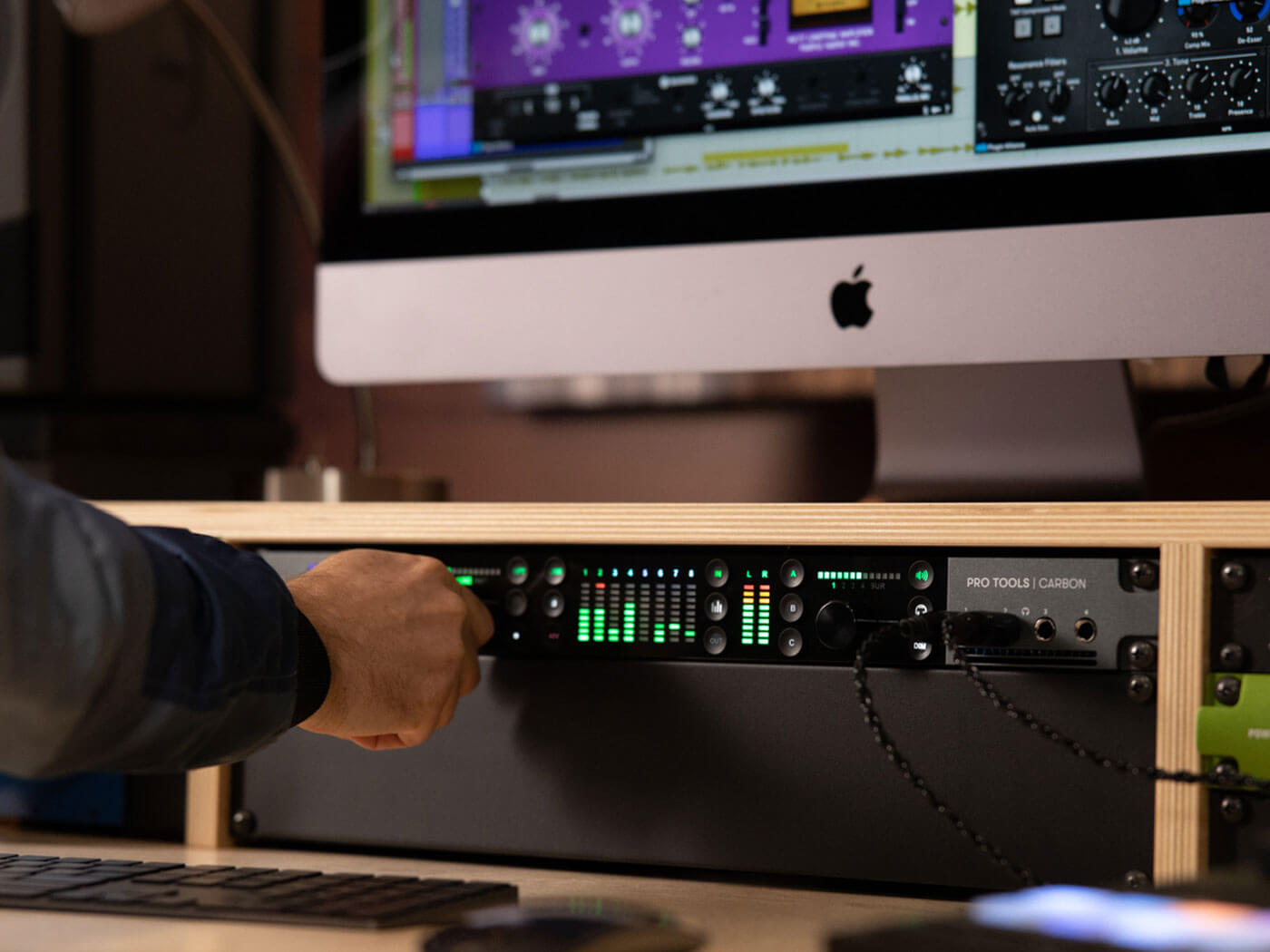 Avid’s latest announcement of Pro Tools | Carbon audio interface alongside changes in the Pro Tools software could mark a small but significant shift for users of the industry-standard DAW. It’s also rather a shot across the bow for Universal Audio’s popular UAD-2 DSP system, and for their Luna recording system.

Pro Tools became the industry standard because of its DSP capabilities in the 90s with Pro Tools TDM. And with Pro Tools | Carbon, the company returns to these roots. The interface itself can run AAX DSP plug-ins, a format supported by the now-ageing Pro Tools HDX hardware systems, but there’s some neat new functionality.

New Hybrid Engine technology means that you can offload plug-in processing on a per-channel basis for sub-1ms low-latency recording, or just to free up resources on your host machine. That’s as opposed to switching each plug-in individually, as was the case with Pro Tools HDX.

The other critical benefit is that every AAX DSP plug-in also has a native version, so when it comes time to travel to another studio, you don’t need to bring your interface. Another point to Avid.

The macOS-only 1U rack-mountable interface is aimed at serious producers and studios recording music. To that end, it has 25 inputs, eight of which have mic preamps, and 34 outputs.

Users can connect to Pro Tools | Carbon hardware via Ethernet using the AVB protocol. And a Core Audio driver means it can be used with other DAWs, too. Carbon features high-quality 192kHz 32-bit converters, double resolution clocking and Avid’s most transparent mic preamp design yet.

Darrell Thorp, nine-time Grammy Award-winning engineer for such artists as the Foo Fighters, Radiohead and Beck, commented, “With onboard HDX DSP, Pro Tools | Carbon puts low latency power at your fingertips. I can have AAX DSP plugins on my tracking channels at the ready and access them whenever I want. I work extremely fast, so the fewer steps that I need to think about, the better. Pro Tools | Carbon really speeds up the recording process. Plus, its transparent converter and preamp design sounds amazing.”

Avid’s new piece of kit doesn’t come cheap, however. It’s slated for a November release with a price tag of $3,999 USD, including a one-year Pro Tools subscription and plug-ins from Arturia, McDSP, Plugin Alliance, UVI, Native Instruments and Embody.

Find out more at avid.com

Additional reporting by Will Betts